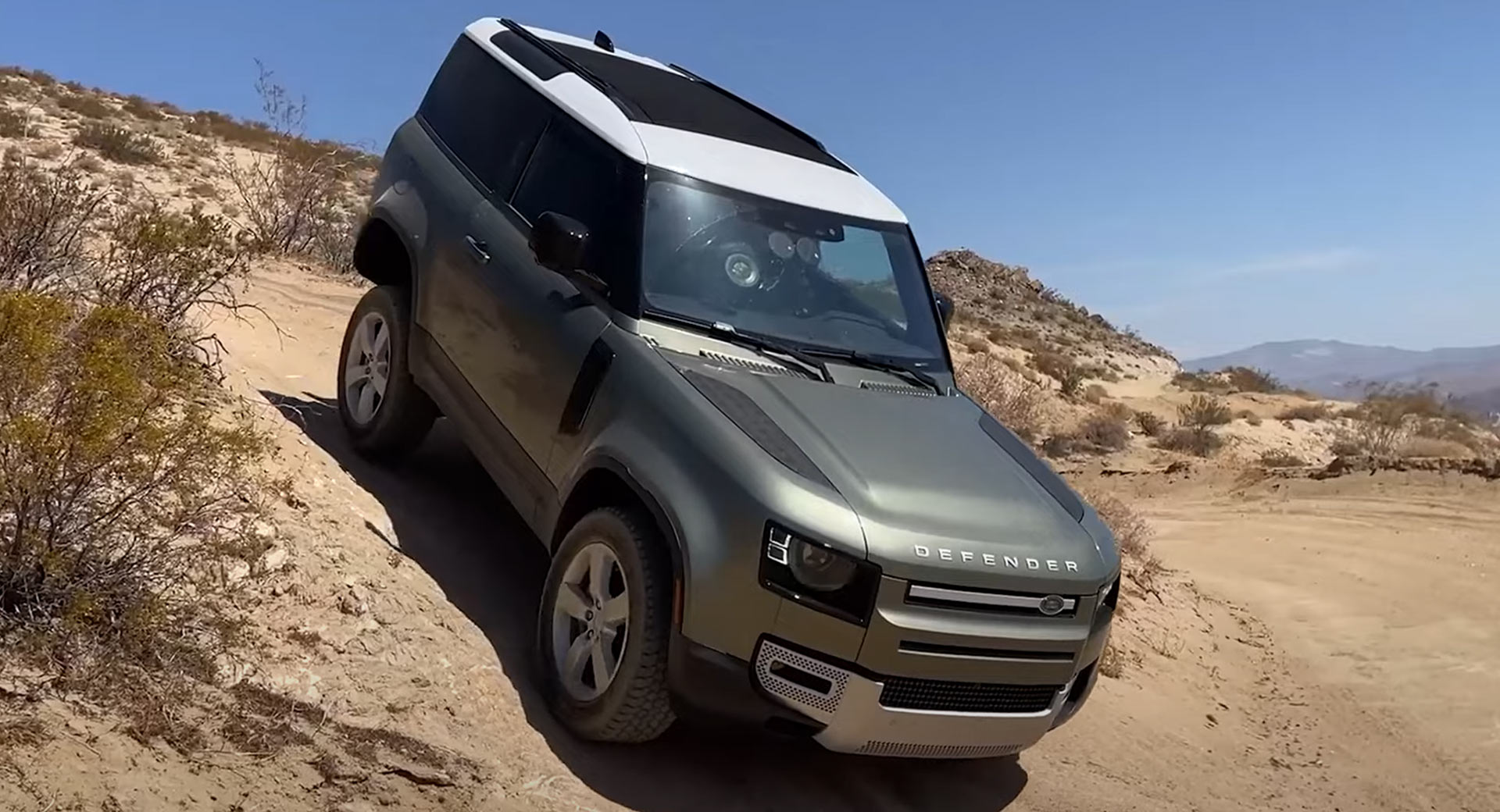 The Land Rover Defender is the quintessential off-roader and Matt Farah from TheSmokingTire recently had the chance to test it out in 90 configuration.

Our own Michael Gauthier drove the new-age Defender late last year but that model was the four-door Defender 110 variant. As its name suggests, the 90 is much smaller than the 110 and has two fewer doors. Its wheelbase spans 102 inches, 17.1 inches shorter than the 110’s, and as Farah mentions in this review, only 60 percent of the parts are shared between the two versions.

Driven: Land Rover’s New Defender Might Be The Ultimate SUV

Powering the Defender 90 featured in this test was the automaker’s turbocharged 3.0-liter inline-six with mild-hybrid technology and an electric supercharger. It is good for 395 hp and 406 lb-ft (550 Nm) of torque, which enables the British SUV to hit 60 mph (96 km/h) in 5.9 seconds, run down the quarter-mile in 14.5 seconds and top out at 130 mph (210 km/h). An air suspension system is also featured, allowing you to configure the height depending on the surface.

Shortly after setting off, Farah immediately notes that the cabin of the Defender 90 is much quieter than the Ford Bronco that he also drove recently. He says it is much closer to a Range Rover in terms of refinement than it is to a Jeep Wrangler. This comes despite the fact that the Defender in this test had the available sliding cloth roof. The trail featured in this test wasn’t particularly difficult and the Defender had no issues climbing up the tracks.

Not everything is perfect, however. Farah notes that the response time of the infotainment system is quite slow, particularly when using the satellite radio. He is also disappointed with the lack of radar cruise control.