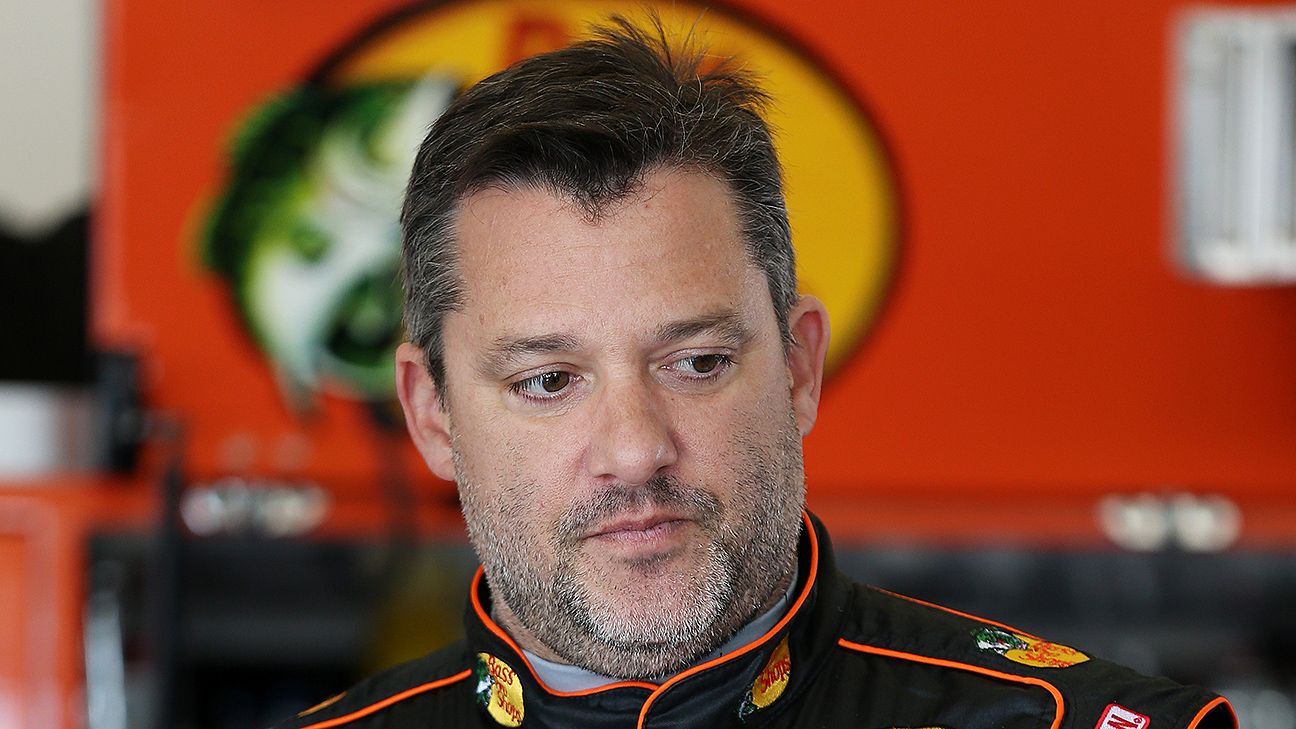 CONCORD, N.C. — First came the woman, then the fastest cars in racing.

Tony Stewart, who fell in love with NHRA while tagging along with fiancée Leah Pruett at her races the past two seasons, will be an official part of the sport in 2022. The NASCAR Hall of Fame driver will add two full-time NHRA entries to Tony Stewart Racing next season — a Top Fuel entry for Pruett and a Funny Car for Matt Hagan.

“It’s a very unique opportunity to control my own destiny with my almost-husband in a sport I’m absolutely passionate about,” Pruett told The Associated Press. “That’s an experience and opportunity that nobody would pass up, and I feel like I’ve been prepping my whole life for something like this — to apply all of my talents to something grand in partnership and alongside somebody sharing the same goals.”

Pruett and Hagan currently compete for Don Schumacher Racing, which on Wednesday announced that eight-time Top Fuel champion Tony Schumacher (Don’s son) will return to the team next year in a full-time entry and be paired with Pruett’s current crew chief.

Stewart followed with his announcement Thursday and said the new NHRA team will operate alongside his sprint car teams in TSR’s existing 25,000-square-foot facility in Brownsburg, Indiana. Stewart, co-owner of the NASCAR team Stewart-Haas Racing, has won 27 owner championships in sprint car racing.

“It wasn’t until I met Leah and started going to races regularly, where I saw the strategy and the preparation firsthand, that I truly understood it,” Stewart told the AP. “I’ve annoyed everyone in the paddock by asking so many questions, Don Schumacher included, and the more I learned about drag racing, I knew I didn’t want to be a spectator. I wanted to have a role and be all-in.”

Pruett is in her 25th NHRA season, getting into drag racing as an 8-year-old in the junior league. She won the 2010 NHRA Hot Rod Heritage Racing Series championship in the Nostalgia Funny Car class and has spent the past eight years advancing through Top Fuel.

The 33-year-old has done double duty for several years, also competing in the NHRA Factory Stock Showdown. She won the 2018 title for Schumacher.

Hagan, who has driven for Schumacher since 2009, is the three-time and reigning Funny Car champion. He leads the Funny Car standings with three races remaining in the season. He has 39 event victories.

“Don Schumacher has been a huge chapter in my racing career, and we’ve won a whole lot of trophies and multiple championships together,” Hagan said. “This next chapter with Tony Stewart is one I’m excited for. I’m ready to go racing. I’m jumping into this new program with two feet, and I’m confident in the package we’re bringing into the 2022 season with TSR.”

Because TSR will be a Schumacher customer, Stewart is expected to be a Dodge team in NHRA, but he did not make a manufacturer announcement Thursday. Stewart-Haas Racing is a Ford team in NASCAR, and Ford also competes in NHRA and has helped Stewart learn to drive a dragster since he became infatuated with the racing series.

Stewart and Pruett are set to be married next month, and the three-time NASCAR champion said they’d forgo a honeymoon to be ready for the NHRA season opener Feb. 17-20 at Auto Club Raceway in Pomona, California.

Neither expects any tensions to form in this new chapter of their relationship, which Pruett clearly defined: “I am Tony Stewart Racing’s Top Fuel driver.”

“I think it will be fine, I mean, it’s not going to be flatline, there are going to be pulses in it because we have hearts and they beat,” Pruett said. “But we know this will work. Seeing things that have happened within other series and teams and tracks, I’ve been able to understand his thought process of solving problems and coming up with solutions.

“It made me be like, ‘That’s somebody I would love to work with, knowing where his head and heart are.’ Moving forward and working together, this isn’t jumping into something unknown, I’ve seen how he works firsthand.”

Stewart said he and Pruett have barely discussed how to manage their new working relationship.

“I have an understanding of what has to happen from the professional side, and the racing side is the racing side,” Stewart said. “You don’t bring the professional stuff to the personal side, and vice versa. Leah is a smart woman, she’s a smart businesswoman, and she understands that there has to be a difference between owner and driver, and I don’t think it creates an unhealthy environment for me to be the car owner and her the driver.

“I don’t feel like this is going to put us relationship-wise in any type of bind or predicament. We have no reason not to get along.”