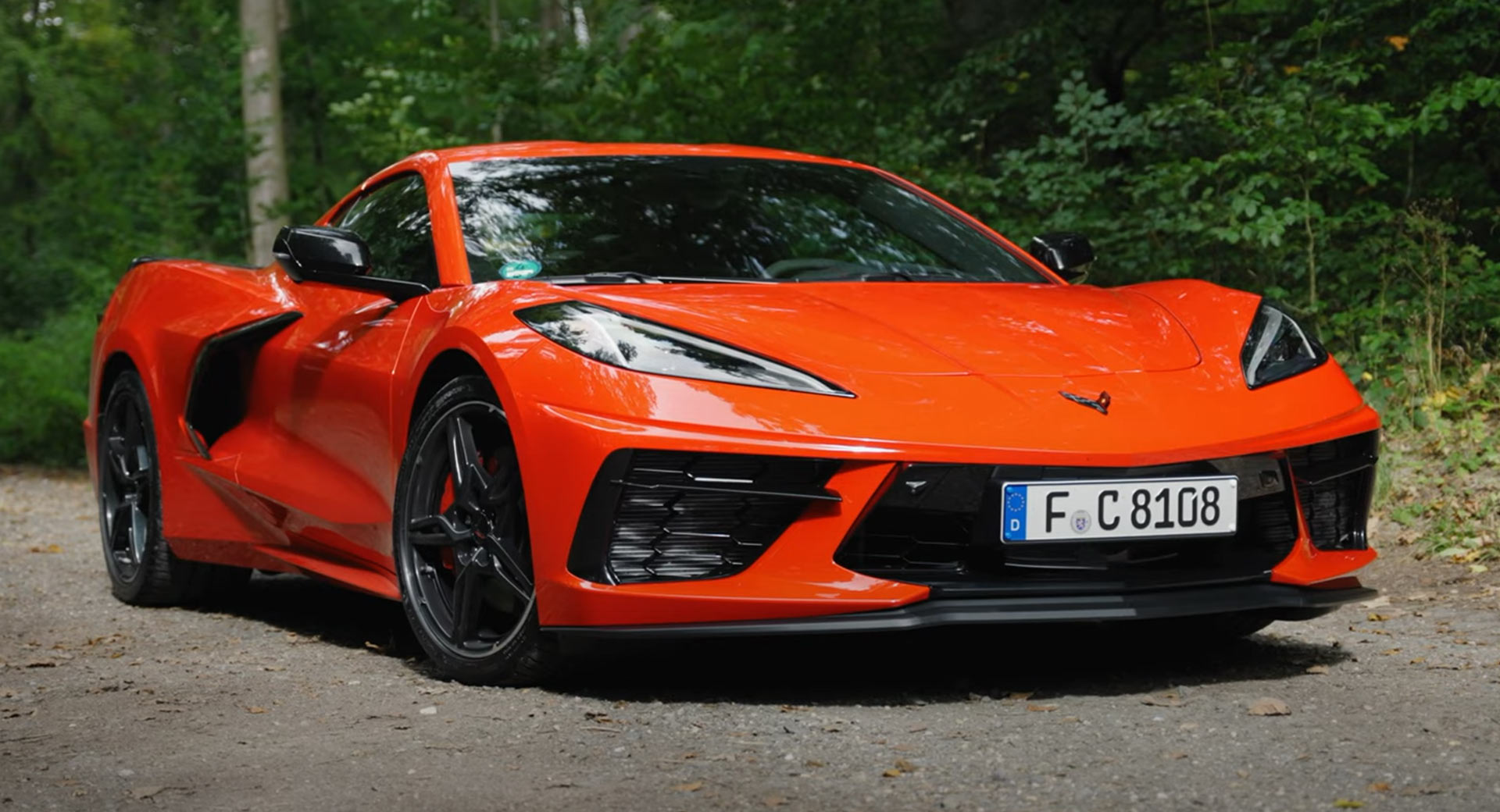 The Chevrolet C8 Corvette Stingray has finally touched down in the UK and these two reviews showcase it being put through its paces in both Coupe and Convertible configurations.

All variants of the C8 Corvette Stingray heading to the UK, and the rest of Europe, come standard with the Z51 Performance Package that is an option in the U.S. This pack adds adjustable suspension, Brembo brakes, an electronic limited-slip differential, performance exhaust, front splitter, rear wing, and Michelin Pilot Sport 4S tires.

As there are no European supercars that are as affordable as the Corvette, its closest rivals could be considered the Porsche Cayman and Boxster. However, the ‘Vette it is larger than both and offers much more power from its large 6.2-liter naturally aspirated V8 that churns out 495 hp and 470 lb-ft (637 Nm) of torque.

The first review comes from Henry Catchpole over at Carfection. While driving the car, he expresses some surprise as to how soft the ‘Vette feels, noting that he thought it would be firmer and more aggressive based on the angular exterior design. Even with the suspension in its harshest setting, he notes that it rolls a little through the corners and can push into understeer.

The second review is from Steve Sutcliffe at Evo magazine. Like Catchpole, he says the car doesn’t feel ferociously quick but as it lacks forced induction, that shouldn’t come as a surprise. He is very complimentary of the eight-speed dual-clutch transmission but, while the steering is good, the feel it provides isn’t great.