Auto racing, especially at the professional level, can often feel like a marathon at times. However, Aston Martin Formula 1 software engineer George Crawford must have taken that to heart, as he completed the London Marathon in full race gear and set a new Guinness World Record in the process.

While the marathon is a proper challenge for most people even dressed in the usual attire, Crawford ran it wearing Lance Stroll’s full Aston Martin F1 race suit, which, aside from the suit itself, also included the helmet, gloves, boots, and fireproof undergarments. And it wasn’t a replica either – he was wearing the full FIA-certified kit, and the helmet was the very one that Stroll wore for the races in Belgium, the Netherlands, and Italy.

See Also: Drifting Bond’s Aston Martin DB5 Is Harder Than It Looks, Even If You’re An F1 Driver 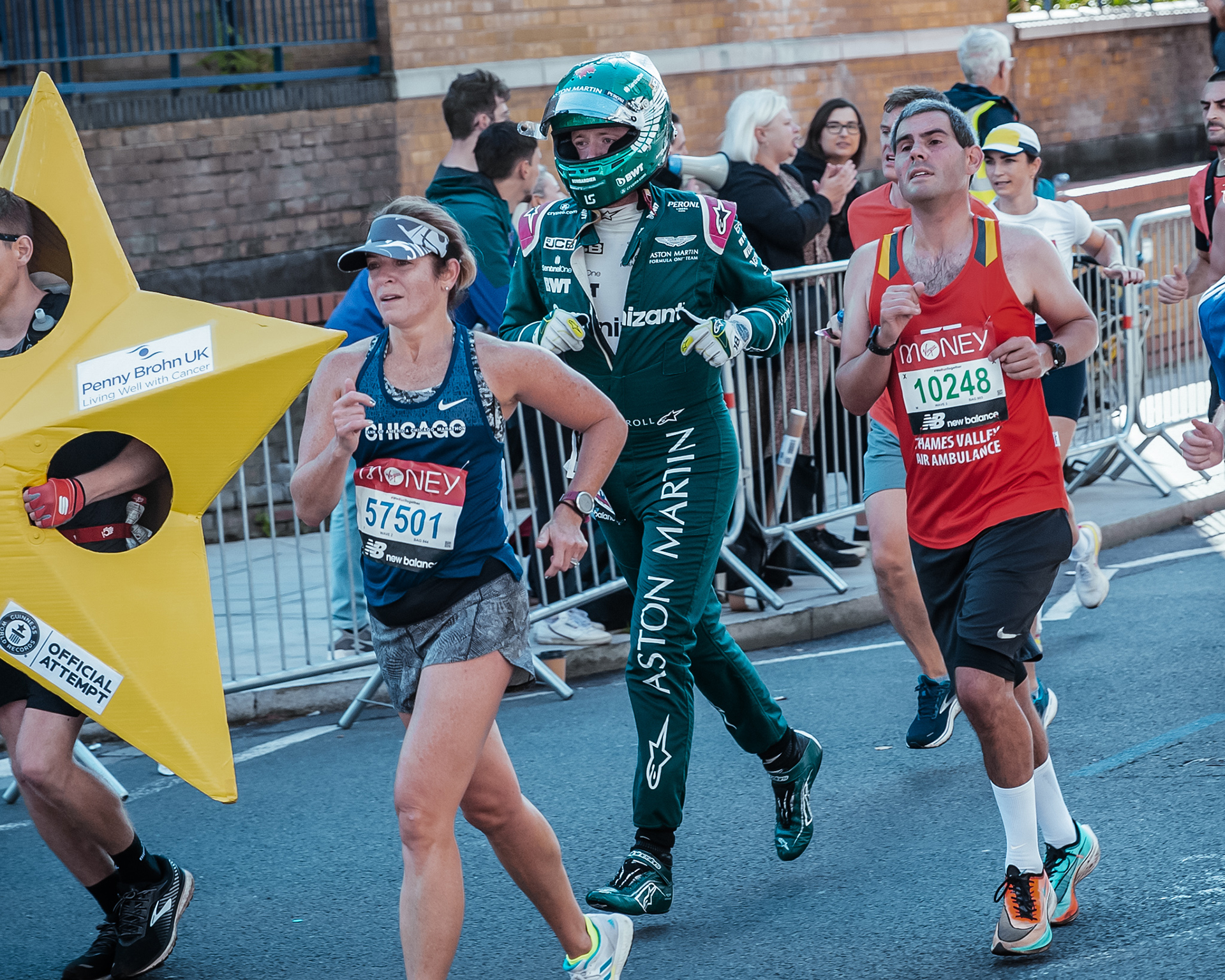 Crawford ran the 26.2-mile marathon in 3 hours 58 minutes, earning him a Guinness World Record, but the real purpose of his stunt was to raise money for mental health charity Mind. As per the message on his fundraising page:

“Over the last 18 months (has it really been that long?) the coronavirus pandemic has been causing havoc with lives. Countless people are struggling with the affects of increased stress, worry, and general wellbeing taking a hit – personally, friends, family members.

“At this trying time, people living with mental health problems have had extra challenges forced upon them – extra challenges that now more than ever the kind and loving people at Mind are providing their services to assist everywhere and anywhere they can.

This one might even be too much for @danielricciardo…

Anyone for a marathon shoey? 🙈 pic.twitter.com/BBWxY3Xflo

After the race, Crawford celebrated his accomplishment by performing a “shoey”, the signature victory celebration of Australian F1 driver Daniel Ricciardo, which for those who aren’t familiar, involves drinking victory champagne out of your just-used racing boot. In Crawford’s own words from the video, it “adds flavor”.