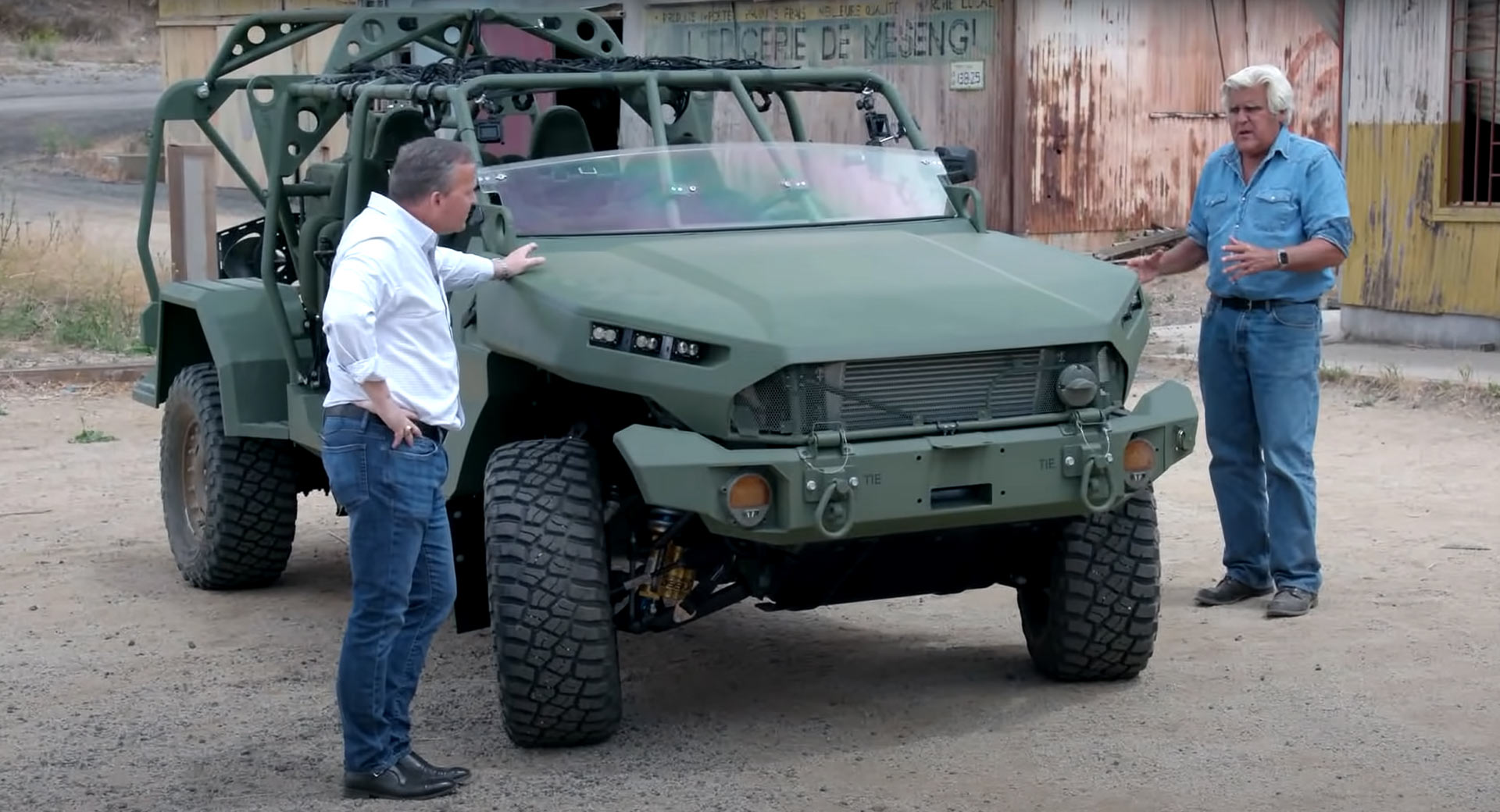 Jay Leno frequently has the opportunity to drive some pretty cool cars inaccessible to most members of the public and in his most recent review, sampled a vehicle that civilians will likely never see in the flesh, let alone be allowed to drive.

Featured in the most recent episode of Jay Leno Garage is the Infantry Squad Vehicle (IFS) produced by GM Defense for the military. The vehicle is based around the road-going Chevrolet Colorado ZR2 pickup truck and actually uses 90 percent commercial-off-the-shelf parts, including various race components from Chevrolet Performance.

Powering the ISV is a 2.8-liter turbo-diesel four-cylinder engine that has been extensively modified and now runs on jet fuel and pumps out 375 hp, significantly more than a civilian Colorado ZR2 with 186 hp. It has also been equipped with long-travel Multimatic DSSV dampers, jounce shocks, long-travel rear leaf springs, high-angle upper control arms, ball-spline half shafts, a steel driveshaft, underbody skid plates, and 35-inch diameter tires.

Throughout the review, Leno had the opportunity to speak with the president of GM Defense Steve Dumont about the ISV before jumping into the driver’s seat and putting the truck through its paces. Leno is impressed with how maneuverable and fun it actually is to drive.

GM Defense has inked a $214.3 million contract to manufacture 649 ISVs for the U.S. Army and is also developing hydrogen fuel-cell powertrains for military use. The company has even created a one-off electric variant of the ISV with GM’s eCrate electric powertrain.