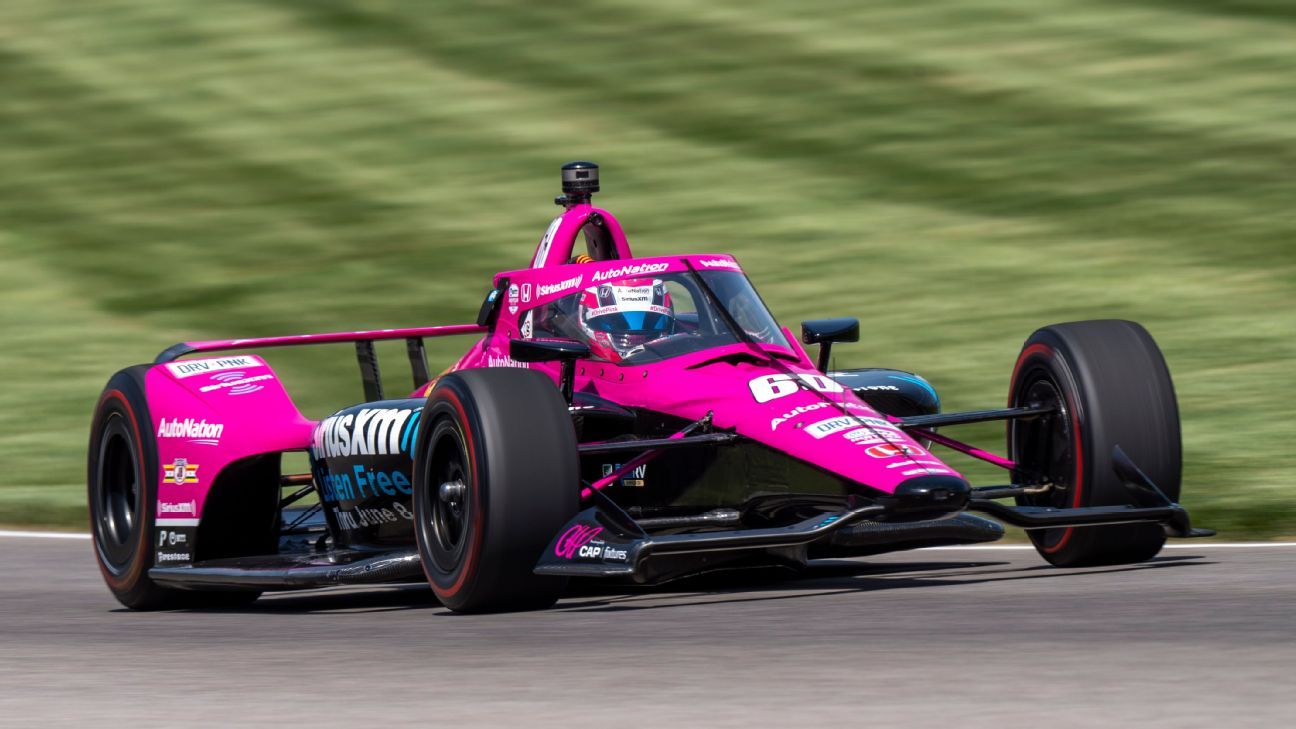 Harvey had been assumed to be headed to Rahal since August, when he informed Meyer Shank Racing he was leaving at the end of his fifth season with the team. Michael Shank had built MSR around the 28-year-old driver and planned to expand to two cars next year with Harvey and Helio Castroneves.

Instead, Harvey declined a contract extension, and upstart MSR two weeks ago named Simon Pagenaud as Harvey’s replacement. MSR won its first IndyCar race this season, the Indianapolis 500 with Castroneves.

Harvey chose a move to Rahal, which also is expanding as it heads into its 31st season.

“I’ve been working towards this moment for my entire career,” Harvey said. “This is an exciting next chapter and I can’t wait to see what lies ahead.”

Harvey will drive the new No. 45 Honda sponsored by Hy-Vee. He will team with Graham Rahal, as well as a driver not yet named in its third car. The team parted last week with two-time Indy 500 winner Takuma Sato after four seasons of Sato driving the No. 30 Honda.

“I’m eager to get to work with Graham and the entire team,” Harvey said. “We have common goals of competing for wins and championships, and I’m confident we’ll be contending from the drop of the green flag next year.”

Harvey won six races over two seasons in Indy Lights, where he was runner-up in the standings in both 2014 and 2015. He finished 12th in the IndyCar standings this season, and he has one podium finish in 49 starts and was a career-best ninth in the 2020 Indy 500.

Three different drivers piloted the No. 45 this past season in what was believed to be tryouts for the seat. Santino Ferrucci ran four races but said he’s no longer in the running for a ride with Rahal; Oliver Askew drove the final three events of the year and his future is unclear.