The C7 Chevrolet Corvette Stingray is a very competent sports car, there’s no debating that. However, the owner of this particular example has made a couple of highly questionable modifications to their car.

The first thing that will no doubt catch your eye is the rear wing. It is odd, to say the least, and has a really peculiar shape, pointing inwards towards the rear window of the ‘Vette, the Reddit photo shows. The design looks more fitting of a heavily modified Japanese sports car from the early 2000s at the height of the Fast and Furious-inspired car modification scene.

We don’t claim to be aerodynamicists but we doubt this wing has any positive aerodynamic benefit on the car. In fact, probably all it is doing is creating a whole bunch of drag.

Another odd alteration made to this Corvette is the fitment of what appears to be a small roof scoop. Like the rear wing, it also serves no real purpose, unless it’s meant to let fresh air into the cabin – although we can’t tell from the sole image we have.

Obviously, these modifications aren’t to our tastes and they might not be to yours either. But hey, you pays your money… 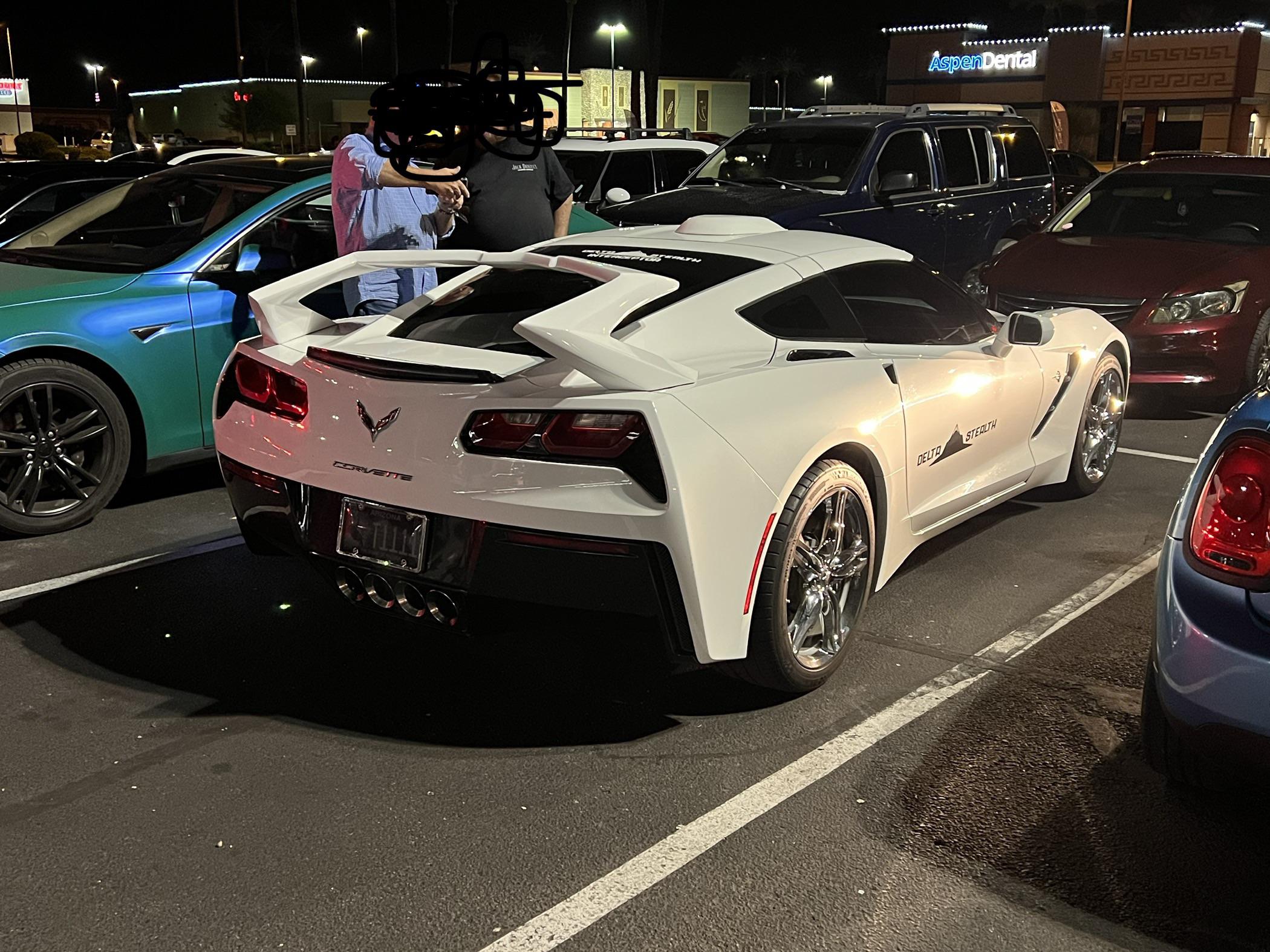