The small turbocharged engines in most modern mainstream cars aren’t much different from the electric motors that will replace them in the coming years.

They’re not designed to sound or look good, only to work efficiently. You’ll never feel like lifting the hood on your Hyundai i10 to show your buddies the mighty 99 hp 1.0-liter engine in all its glory, let alone put one on display in your living room.

Old Ferrari engines are different, as these gorgeous one-third scale replicas from Terzo Dalia prove. Based less than 30 minutes drive from Ferrari’s Maranello base, the company has been making exquisite models of Ferrari engines and components for decades, but these aren’t like the Revell kits your dad built as a kid.

Dalia’s engines are built using the same kind of techniques used to create real Ferrari engines. There are no plastic components and no adhesives holding the 200-plus bits together. Instead, having first stripped a real engine down to take measurements, parts are fabricated in wood to check for fit, then cast in aluminum, while other pieces are turned stainless steel. 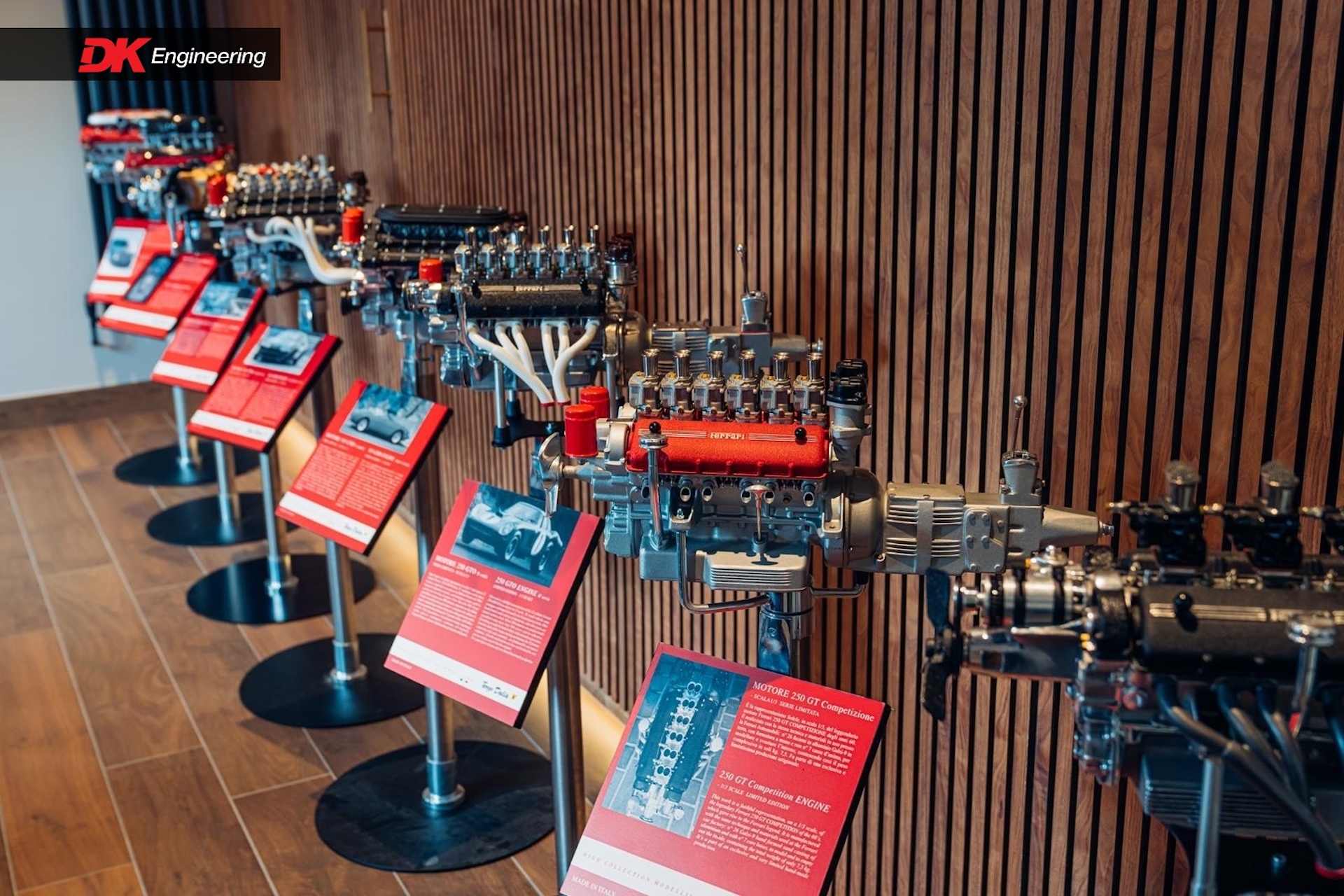 More than 500 screws are used in the construction, and while the engines don’t actually run under their own power, they can be turned over. And yes, the firing order exactly matches the original full size engine’s. Factoring in the time to crate the components and assemble them to display standard, the company says each engine can take a year to create, and they’re so beautifully finished, they’ve even been displayed in Ferrari’s own museum.

Terzo Dalia has built limited runs of various Ferrari engines over the past two decades, including the 3.0-liter Colombo V12 fitted to the 250 GTO, the 6.3-liter V12 from the LaFerrari hypercar, and the 180-degree 12-cylinder motor that powered Niki Lauda and Jody Scheckter to world championship glory. It’s even created wire frame outlines of entire cars, again in one-third scale, but many of these pieces have long since sold out. 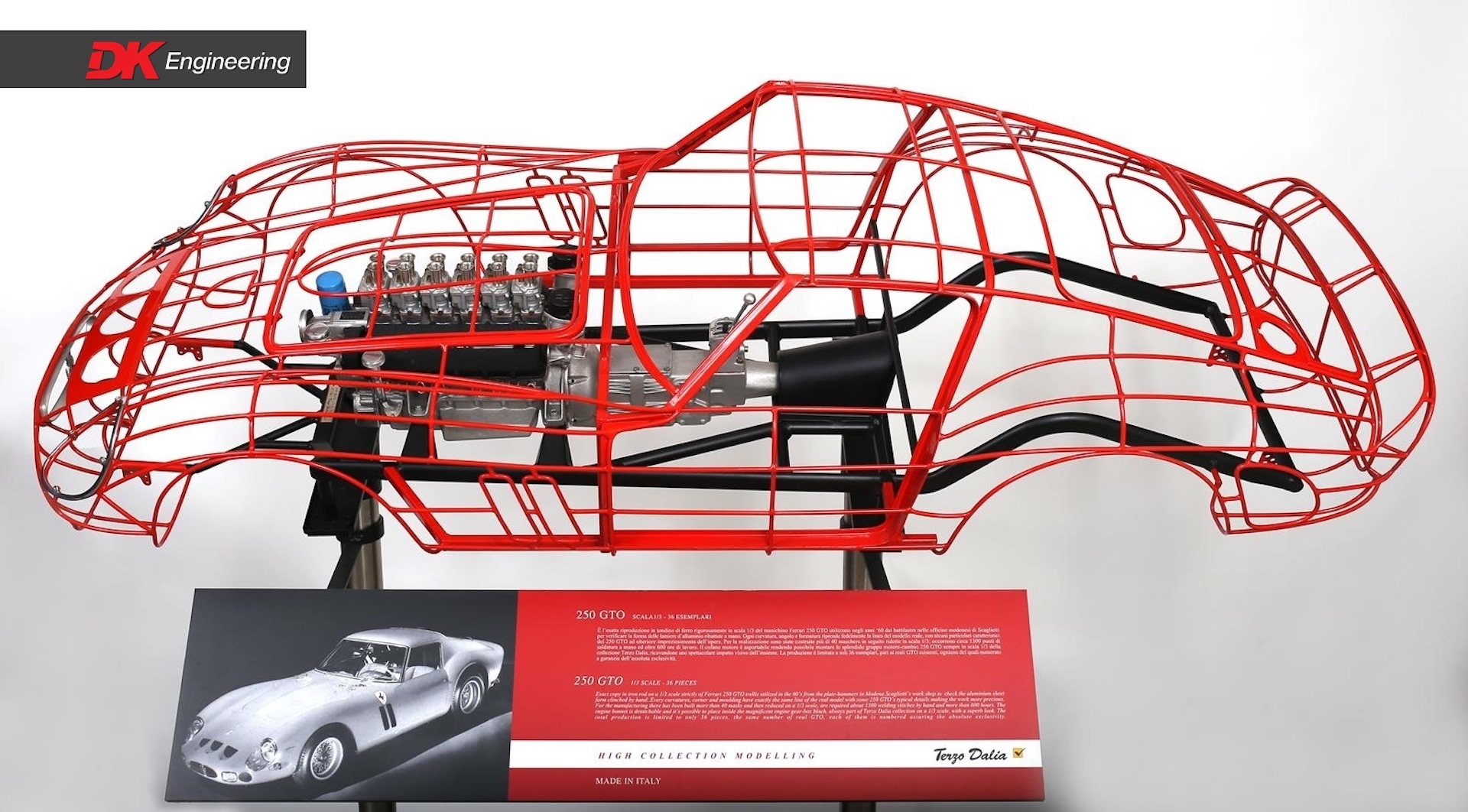 But if you can’t find what you’re looking for through Terzo Dalia himself, British Ferrari specialist DK Engineering might have what you need. DK currently has at least 11 different Terzo Dalia models for sale, ranging from a 250 GT California Spyder wireframe to the 6.0-liter V12 from the relatively modern 599 GTB.

DK’s site doesn’t list prices, but we’ve seen Terzo Dalia’s engine models for sale elsewhere for between $8,000-15,000 (£5,800-11,000). Which isn’t small change for a living room ornament for ordinary folks, but might seem like beer money compared to the cost of some of the wall art buyers who already own a real 250 GTO or California Spider might be showing off in the same room.