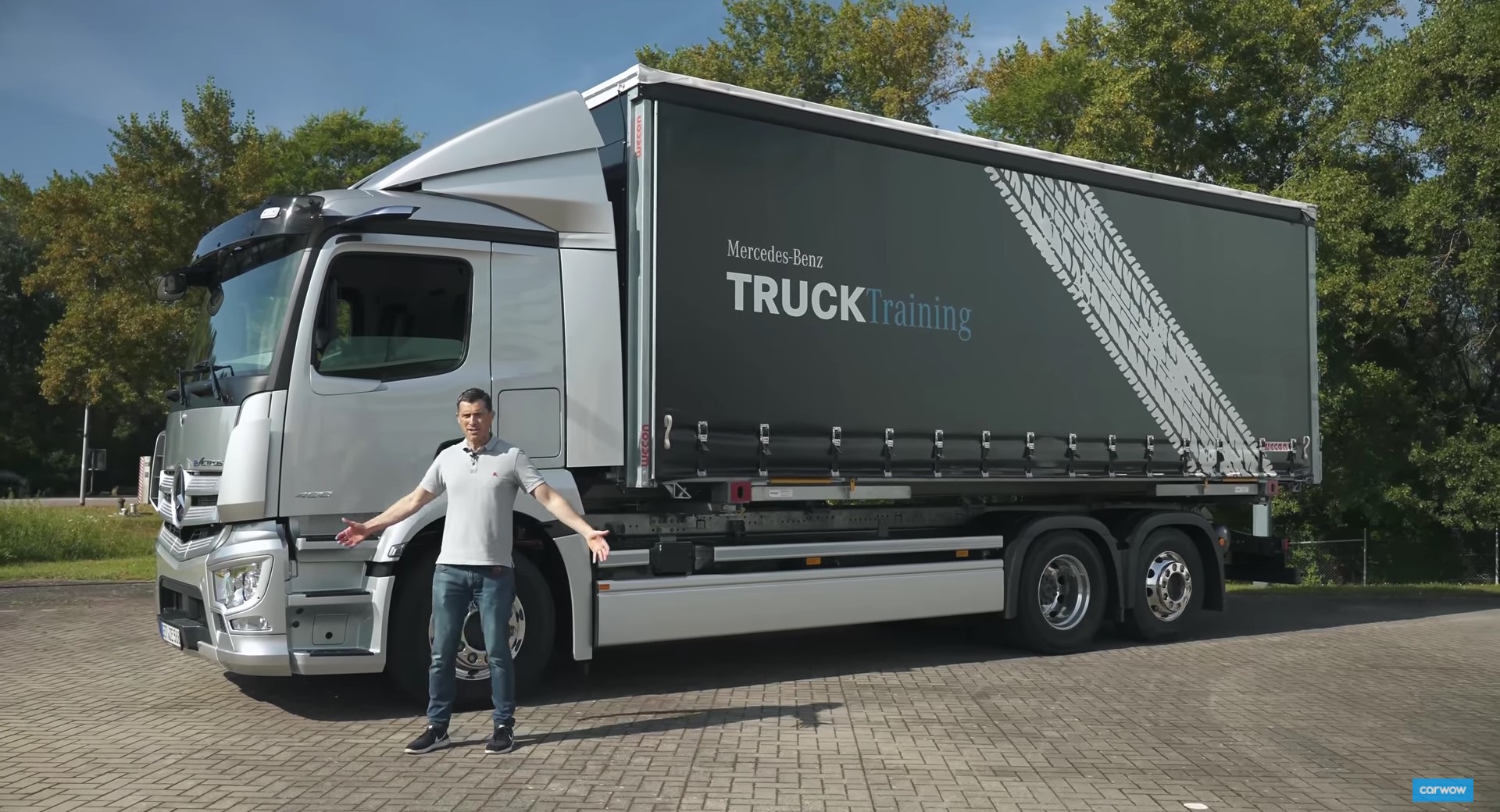 The first step in Mercedes’ plan to switch its entire European fleet of trucks to electric power by 2039, the eActros is designed for local deliveries and short hauling. So how does it behave around town?

CarWow decided to find out by taking the new electric truck for a spin around the German countryside. The idea of an electric truck like this one makes some sense because even though it gets up to 420 kWh of battery storage (about four times more than an EQS), that weight is hidden by the mass of the rest of the vehicle.

Electric motors are also torquey at low speeds, precisely where a truck needs them to be, so presuming you aren’t the Bandit and don’t need to cross several state lines as fast as possible while avoiding the smokeys, an electric truck is quiet, powerful, and emits no diesel exhaust. 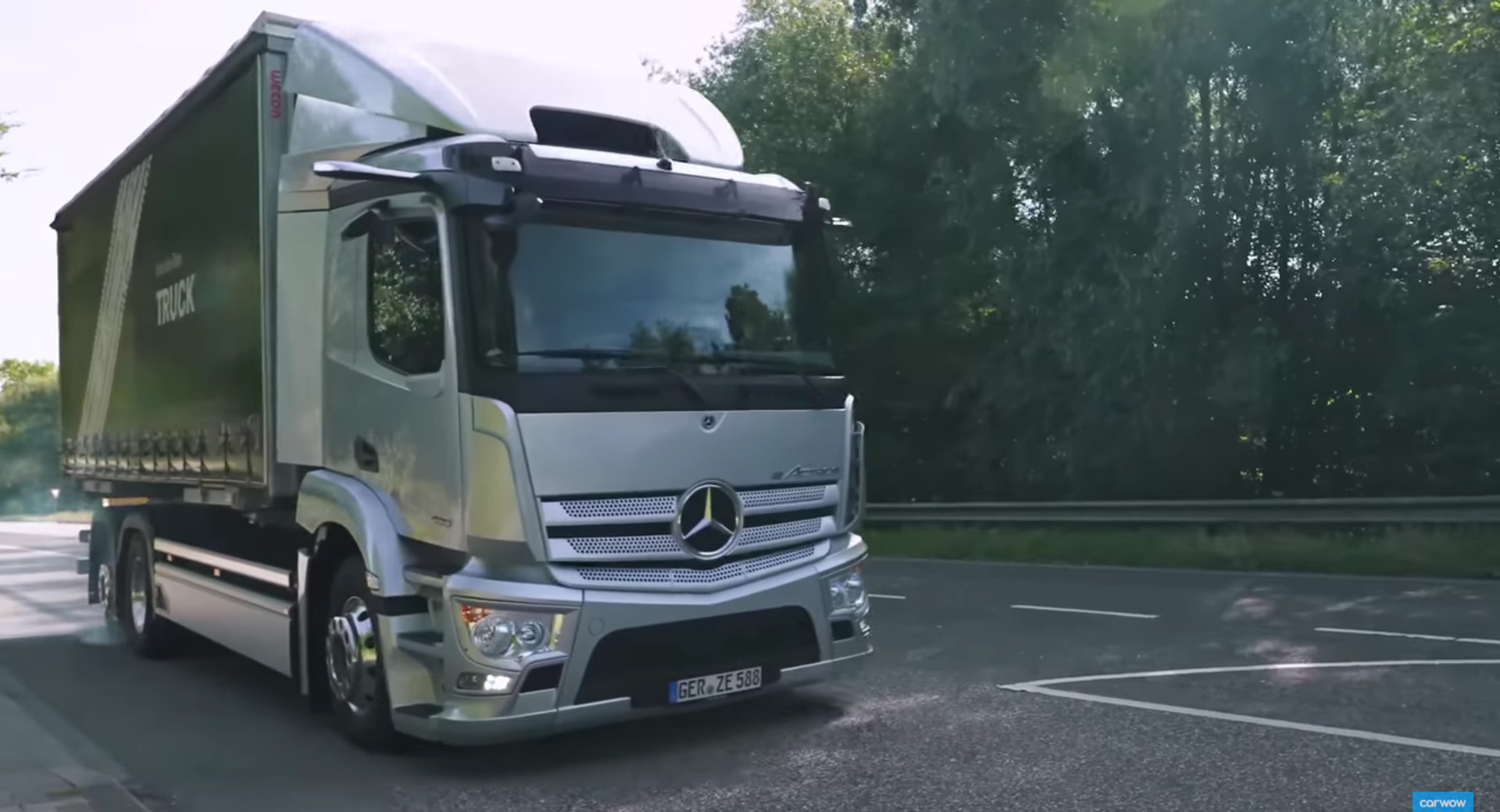 Indeed, host Mat Watson finds the truck remarkably easy to drive. He is, though, admittedly no truck driver, which is why he takes it for a 0-50 km/h (31 mph) test as soon as he can. The launch time is a leisurely 11.3 seconds, which isn’t very impressive in the realm of cars but seems to be plenty quick for the truck, which has enough ballast in the back to make it weigh 25 metric (27.5 U.S.) tons.

More impressively, the eActros manages to come to a halt from 50 km/h just 12 meters (39 feet), which surprises Watson. If they’re in less of a hurry to halt things, truckers can also use regenerative braking, which is apparently quite powerful.

All in all, the eActros’ two liquid-cooled motors produce up to 536 hp (544 PS/400 kW) and Mercedes says the truck can go 400 km (248 miles) on a charge. It can also go from 20 to 80 percent charge in a little over an hour. The truck maker is also providing logistics companies with software to help them plan out routes and deliveries that take charging into account.

While the truck is no doubt imperfect, as I write this, four diesel trucks have trundled by my windows, loudly making just the kinds of deliveries that the eActros may someday do silently in their place and, frankly, I can’t wait.

Mexican Gearhead Brings His Forbidden Hot Hatches Across The Border To America
California: Plug-In Car Sales Increased To Nearly 350,000 In 2022
Ford to cut jobs as it restructures in Europe
Uber Freight cuts 150 jobs, about 3% of the unit’s head count
How Tesla’s price cuts could spur an EV pricing war