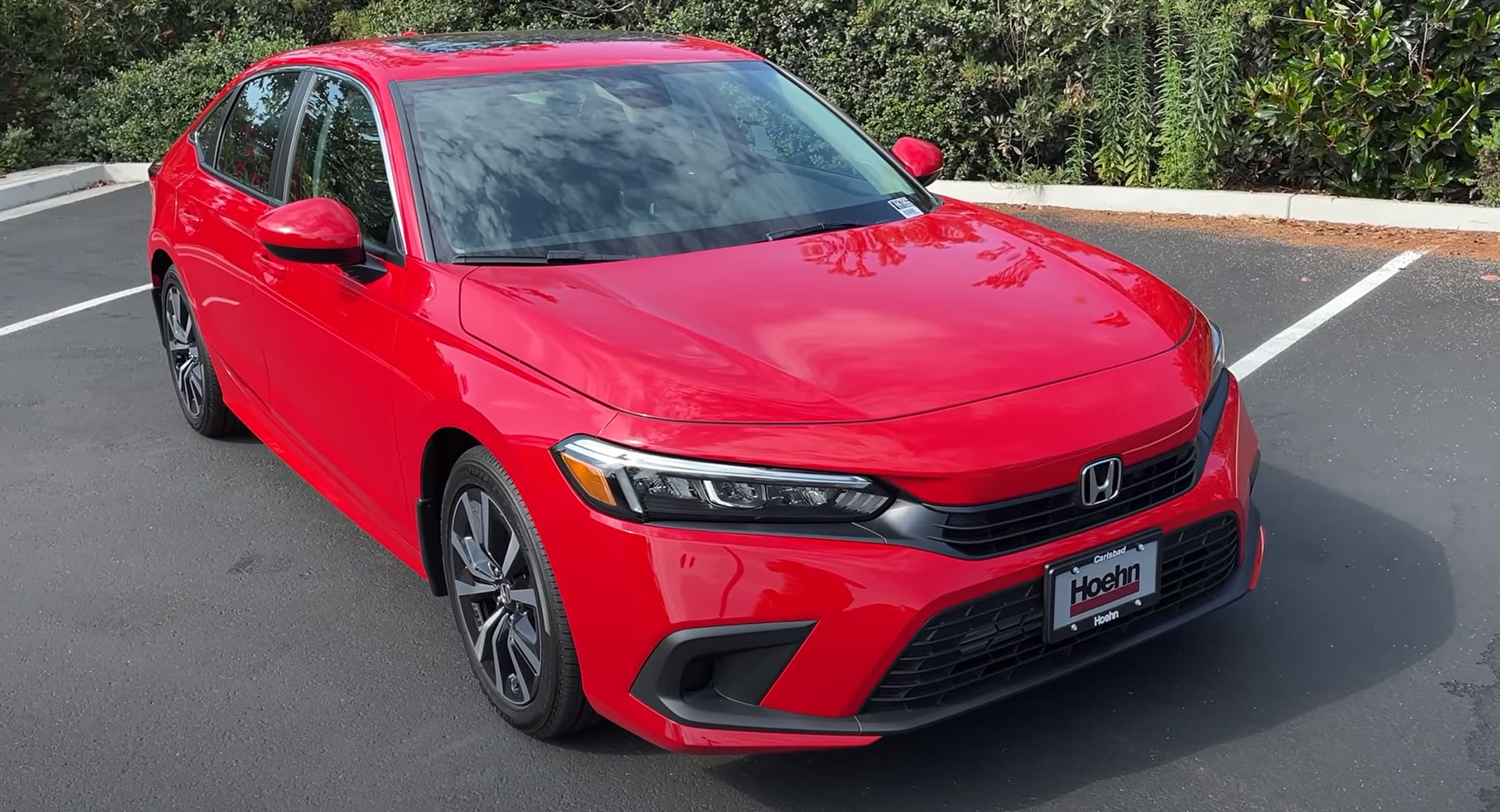 The 2022 Honda Civic is a very important car for the brand and as this review from Doug DeMuro reveals, it is a significant improvement over the old model.

The example featured is the Civic Sedan EX that sits above the LX and Sport in the range and has a starting price of $24,700. A more high-end variant, the Touring, is also offered, but it starts at $28,300 and probably won’t sell in the same volumes as the more affordable models.

As DeMuro notes in his review, which starts off with the car’s interior, the 2022 Civic Sedan is a very nice place to sit. A key feature is the mesh grille that stretches the width of the dashboard and also houses the climate control vents. DeMuro is also a fan of the physical climate control dials, as well as the fact that the EX variant has heated seats.

Honda has also fitted the new Civic Sedan with a digital instrument cluster. The right half of the display constantly displays the speedometer while the left side can be configured to show different things, such as the tachometer.

It’s not just the tech that makes the interior of the Civic Sedan impressive. DeMuro is 6 foot 3 and mentions that he has a lot of legroom and headroom in the second row, so much so that it makes it hard to justify upgrading to a Honda Accord due to its larger size.

You can view the whole review for yourself in the video right below.