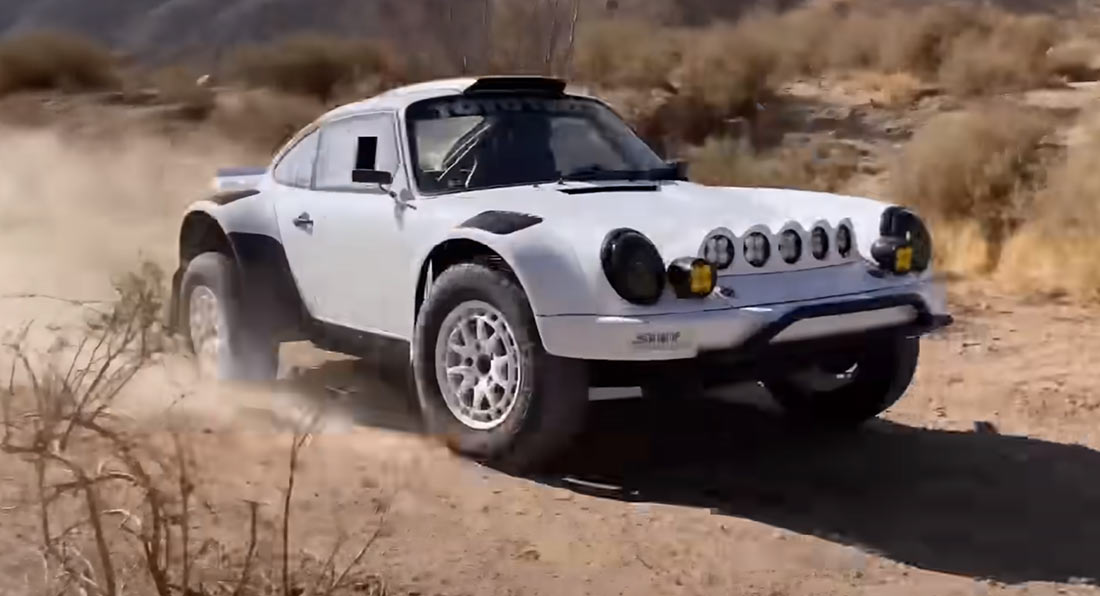 
The Porsche 911 has a long and rich history of rallying and designer and fabricator TJ Russell has used the classic sports car as the basis for an off-road capable 911.

Russell first unveiled this car at the SEMA Show in 2019. It is known as the Baja 911 and is essentially a 964 Carrera 4 Cabriolet that has been morphed into a Trophy Truck.

Power comes courtesy of a 3.8-liter naturally aspirated air-cooled flat-six mated to the manual transmission of a 996-generation 911 Turbo. When Matt Farah tested the car, it was being driven in rear-wheel drive mode but can be built in all-wheel drive configuration.

Significant modifications have been done to the underpinnings of the car and that includes the fitment of a bespoke suspension system that allows the 911 to drive through soft stand without any issues while also drifting along gravel roads, tackling difficult off-road ascents and descents, and even speeding over jumps.

Key upgrades made to the car include the fitment of custom spindles, A-arms, three-way adjustable coilover shocks, and adjustable sway bars. The car has 12.5-inches of front and 13-inches of rear travel, not far off a Ford F-150 Raptor.