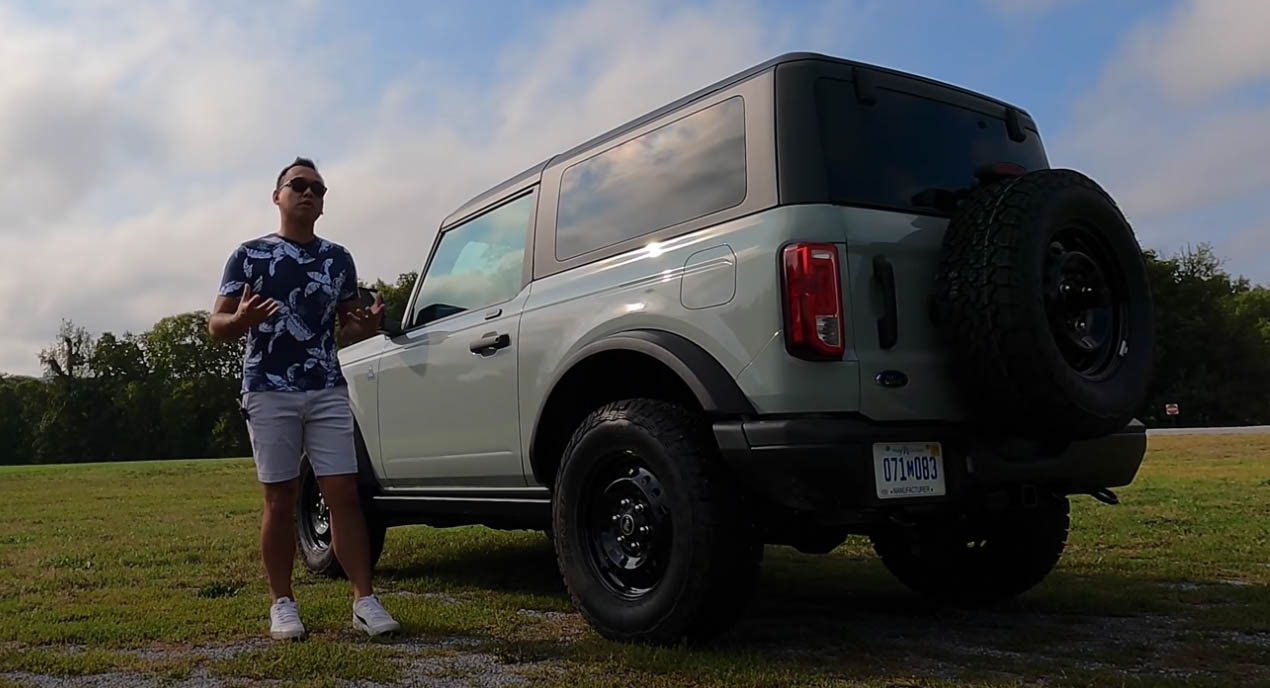 After a 25-years hiatus, the 2021 Ford Bronco two-door manual SUV is set to become the envy among the off-roading community. After a lengthy period in which the Jeep Wrangler dominated the market as the only off-roader in its segment, Ford decided it was time to do something about it.

Sofyan Bey of Redline Reviews was handed one from the factory for a week: a two-door manual, Black Diamond trim Bronco draped in Cactus gray. On paper, it got everything that screams “off-roader” such as a truck ladder frame, all-wheel drive, locking front and rear diffs, and a front sway bar disconnect.

Its retro design is based on the first generation 1976 Bronco and comes with seven distinct style trim variants. The Black Diamond model is one of the lightest versions and features LED headlights, steel bumpers, black steelies, a full bash plate underneath, and 32-inch-tall General Grabber all-terrain tires. Moreover, the molded-in-color hardtop, incandescent taillights, and full-size spare tire come as standard. If you don’t mind plastic windows, the Bronco is also available with a soft top.

With a 3500lb towing capacity and larger cargo space available even without folding the rear seats, the Bronco certainly outshines the Wrangler. After the two-person task of detaching the hardtop is done, you’re in for an open-air experience with no crossbar to disrupt the view – unlike the Wrangler. Ford also has included airbags built into the roof rails. The stylish doors are lightweight and have frameless glass to aid the detachability.

The cabin is a nice place to sit in thanks to the two-tone leatherette waterproof seats. With a few exposed screw heads, knobs, buttons, and auxiliary switches on the roof, the Bronco creates the impression of a competent off-roader. It’s equipped with a half-digital, half-analog instrument cluster, an 8-inch infotainment system, GOAT (Goes Over Any Terrain) mode and LED cabin lighting. Opting for the Outer Banks trim makes a 12-inch display accessible. As with all Broncos, it’s highly customizable.

The interior has a hard-touch plastic and rubberized floor with drain pits to support the hose-down philosophy. The back seats provide sufficient legroom and USB charging outlets, but when the top is off, wind buffeting can be a problem for rear passengers. 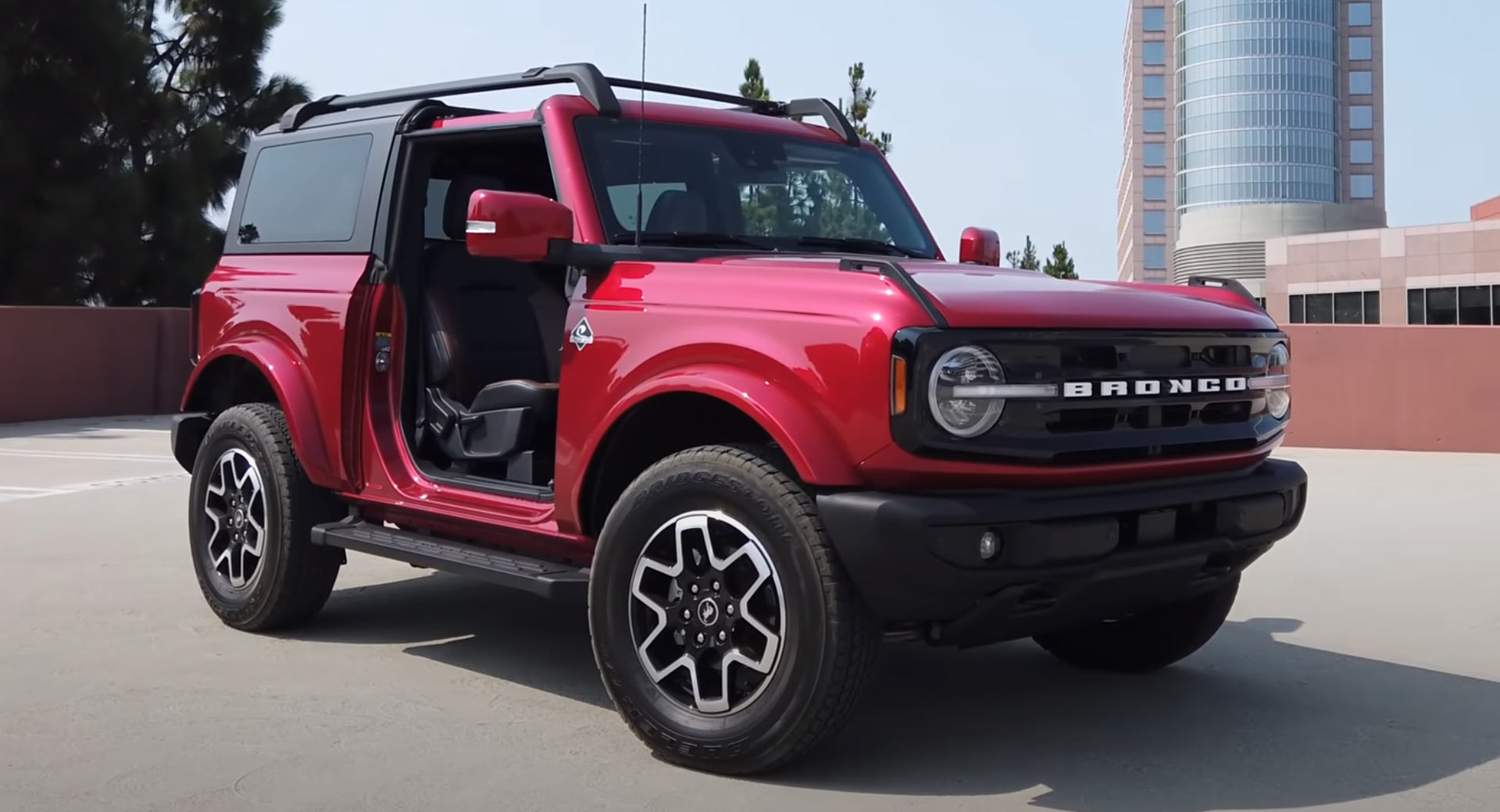 The Bronco is excellent for those who enjoy an open-air drive with the wind in their hair. It’s joyful and easy to drive compared to the Wrangler owing to the short-throw manual, rack and pinion steering, independent suspension, and the turbo whistle you hear when you put your foot down.

The Bronco came into its own when Sofyan took it to an off-road trail just outside Frederick, Maryland. The handling and ride are as sublime as they were on the tarmac. According to Sofyan, it glides over gravel roads and makes driving through rocks, dirt, dips, and water holes seem like driving through a parking lot. When speeding past bumps, the independent suspension absorbs the shocks, so there are no annoying rattles.

Overall, despite being a grade at the bottom of the trim hierarchy among seven models, the Black Diamond Bronco is a highly capable SUV that costs just over $40,000. 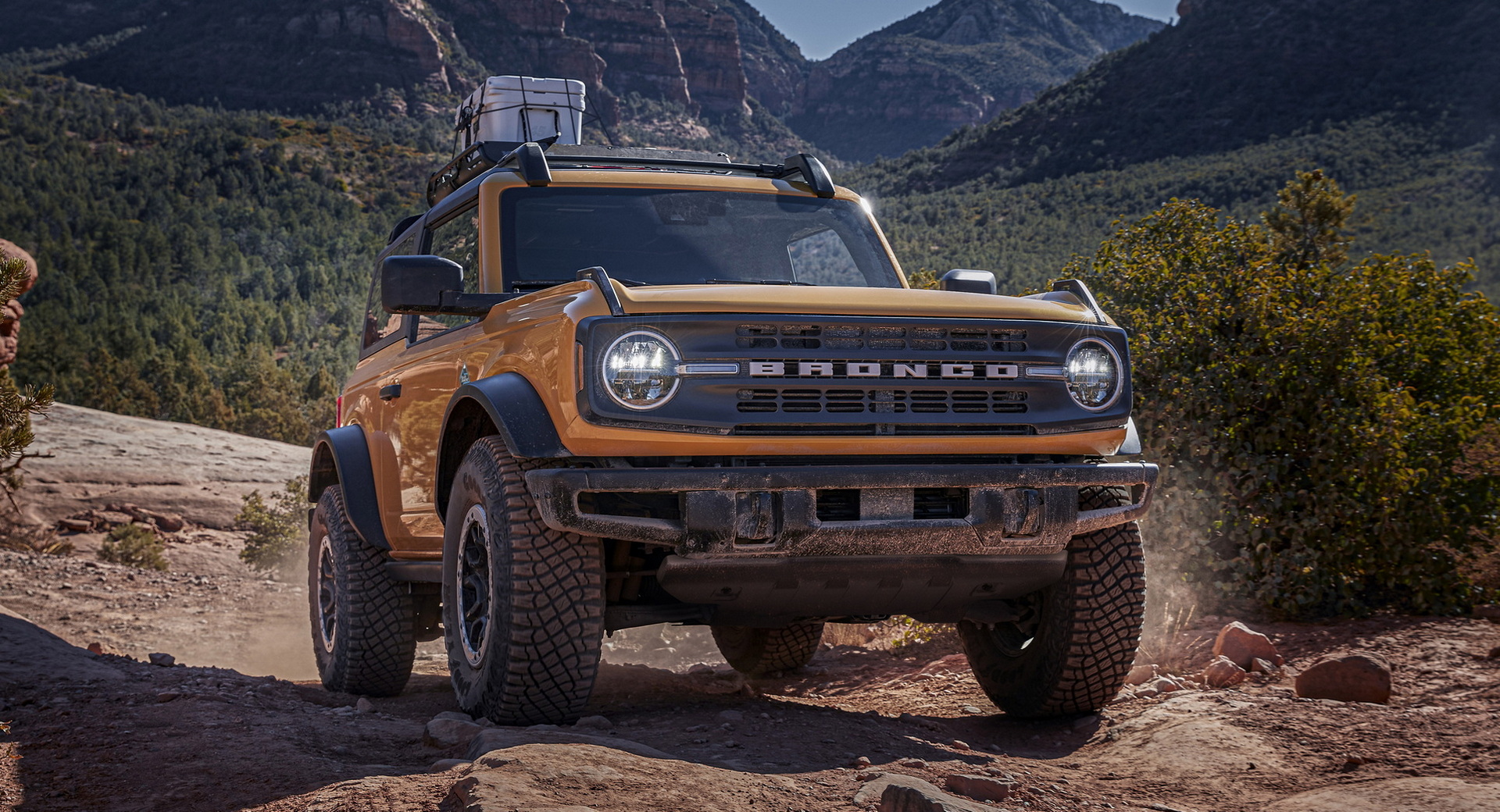