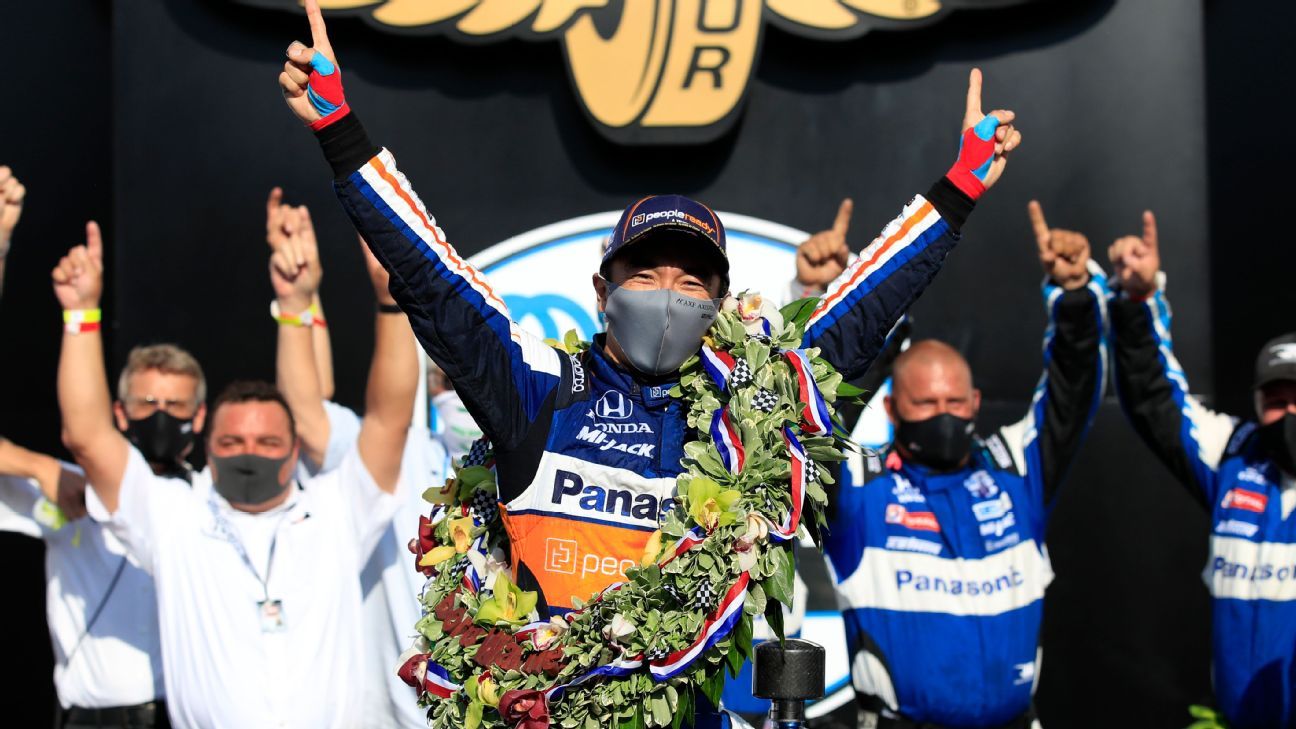 The IndyCar future of two-time Indianapolis 500 winner Takuma Sato was in doubt Tuesday after Rahal Letterman Lanigan said the Japanese driver won’t return to the team next year.

Sato has raced in IndyCar since 2010 following seven seasons in Formula One. The Tokyo native has driven for Rahal the past four years, winning four races, including the Indy 500 in 2020.

“It’s been a great time and so many memories,” Sato said in a video posted by RLL on twitter.

Sato also won the Indy 500 in 2017 driving for Andretti Autosport, his only season with that team.

Sato has six career victories, but his two Indy 500 wins make him one of the more desirable drivers in IndyCar even at 44 years old. But sponsorship will play a role in what and where Sato drives in 2022.

RLL team owner Bobby Rahal has said for several months that Sato’s future with the team was dependent on funding. Sato also drove for Rahal in 2012.

“It was a privilege and honor to have Takuma with us twice over the years. We appreciate the commitment and the energy he brought every day to the track and to everything that we were doing as a team,” Rahal said in a statement. “I always really enjoyed working with Takuma. His dedication and commitment to not just his craft, but also the team was unquestionable.

“I would like to think we will always remain friends because we just enjoyed each other’s company.”

Sato could try to land another full-time ride — possibly with Dale Coyne Racing, which needs to replace Romain Grosjean after his move to Andretti — or focus only on landing a competitive seat for next year’s Indy 500.

Sato drove two seasons for Jimmy Vasser when he first moved to the United States, and four seasons for A.J. Foyt Racing, for which he earned his first career IndyCar victory in 2013 at Long Beach.

Sato’s status in IndyCar was among the late-season questions as drivers jockeyed for 2022 seats. Rahal is expanding to add a third car next year that is expected to go to Jack Harvey, who told Meyer Shank Racing he was not returning. Harvey has already been replaced by Simon Pagenaud.

Another Rahal car has not yet been announced, but the team tried three different drivers over the course of the season and Oliver Askew drove the final three races of the year. Santino Ferrucci drove the car in five races, finishing with a pair of sixth-place finishes, but told The Associated Press at the Long Beach season finale last month he’s no longer in the running for the seat.

Graham Rahal is the anchor of the RLL team, which went winless in 2021. He finished seventh in the standings, while Sato was 11th. Only Graham Rahal scored a podium for the team this season.

GM Financial profit slips in Q4 as interest rates rise
Would You Pay $3,790 For A Maybach Jacket Or $490 For One Of Its New Hoodies?
Castroneves rules out Daytona 500 next month
Kia And Hyundai Owners Getting Rejected For Insurance Coverage Over Theft Risk
Best Driver’s Car Contender: 2018 Audi TT RS