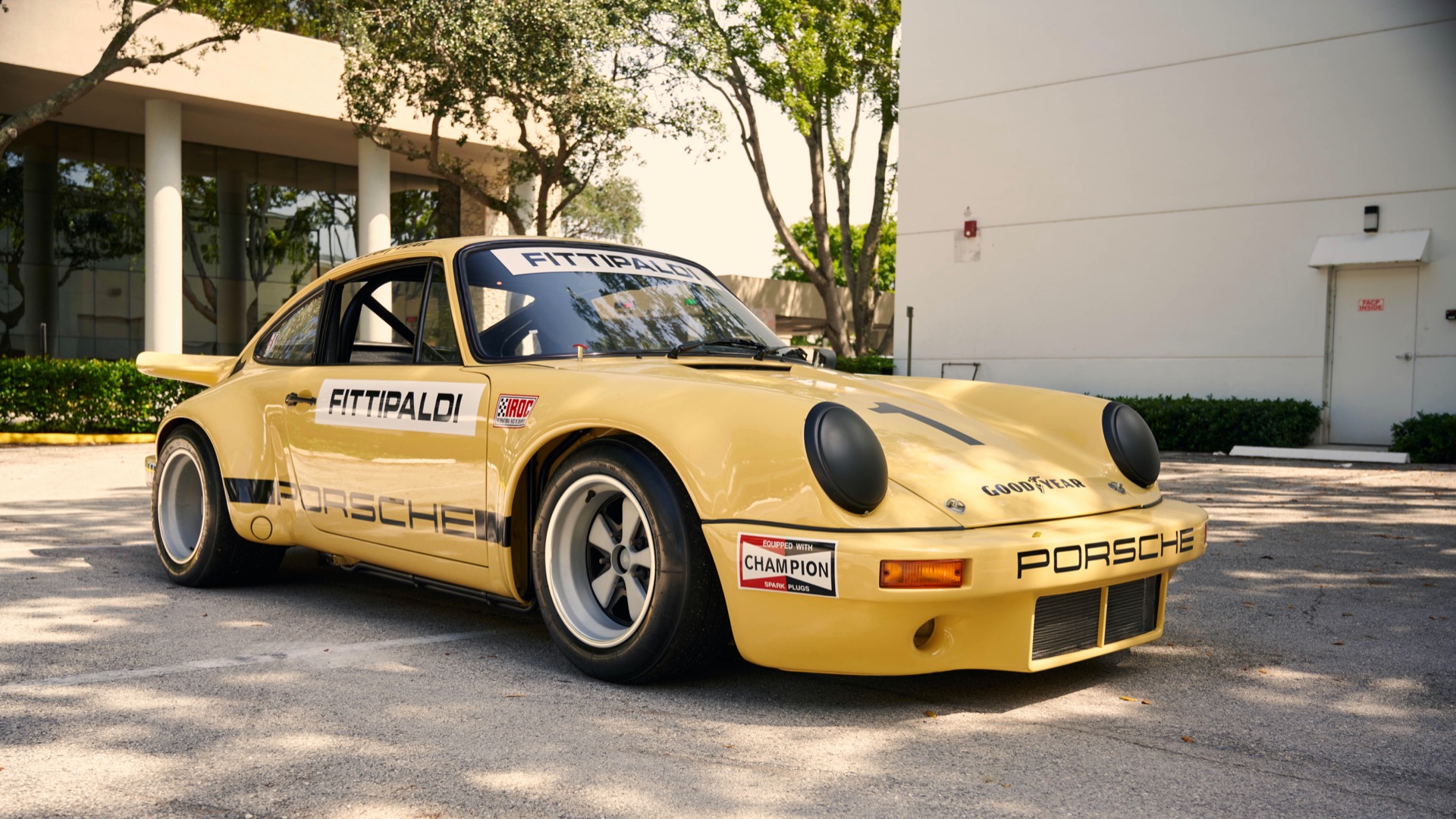 A 1974 Porsche 911 RSR IROC race car once owned by Columbian drug kingpin Pablo Escobar is again up for sale, this time through Collecting Cars.

The car, which was listed for sale earlier this year by DuPont Registry with a $2.2 million asking price, was raced by Formula One champion Emerson Fittipaldi in the inaugural IROC season.

Short for International Race of Champions, IROC featured drivers from different disciplines in identical cars. It’s mostly associated with the Chevrolet Camaro, thanks to a tie-in road car, but the series began with 15 identically equipped Porsches (12 for the drivers, plus three spares) prepared by Roger Penske.

All IROC 911s got a large rear spoiler, blacked-out headlight covers, and Fuchs alloys, with pastel paint colors (Sahara Beige in this case) and graphics prominently displaying the driver’s name. Power is provided by the 911/75 3.0-liter flat-6, which drives the rear wheels through a 5-speed manual transmission. 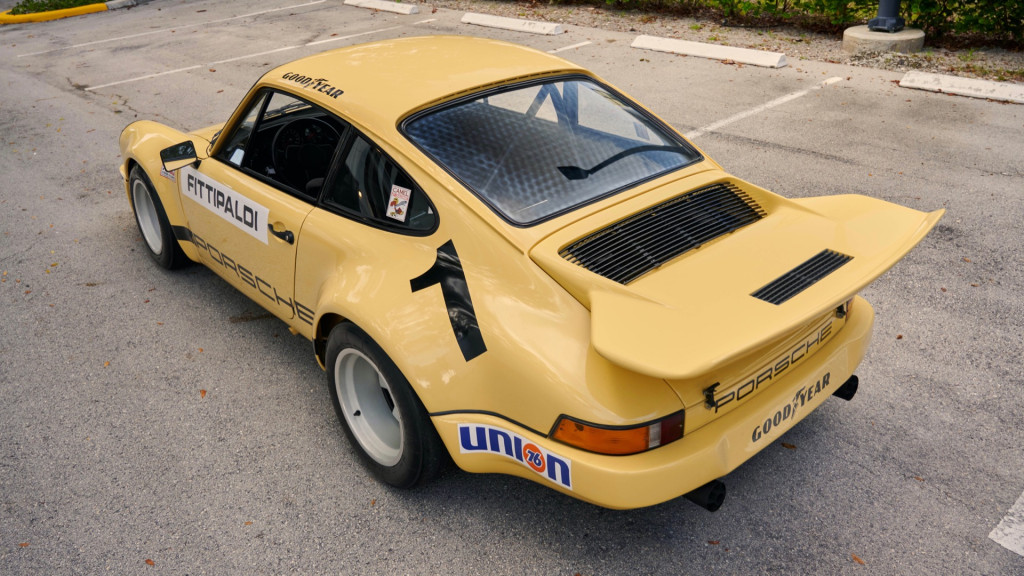 After one season in IROC, this car was sold by Penske to privateer racer John Tunstall. It was entered in many IMSA races, including the Daytona 24 Hours, according to the listing.

Tunstall then sold the car to Escobar, who raced it with 935-style flat-nose bodywork. It was brought back to the U.S. in the 1990s, according to the listing, and restored back to its original appearance.

A more thorough restoration began in 2007 and completed in 2010, after which the car appeared at Rennsport Reunion IV in 2011, according to the listing.

At the time of publication, the high bid for this 911 was $850,500 with just over a day to go in the online auction. It’s worth noting that an IROC 911 driven by Peter Revson drew $2.3 million at a 2016 auction of cars from comedian Jerry Seinfeld’s collection.