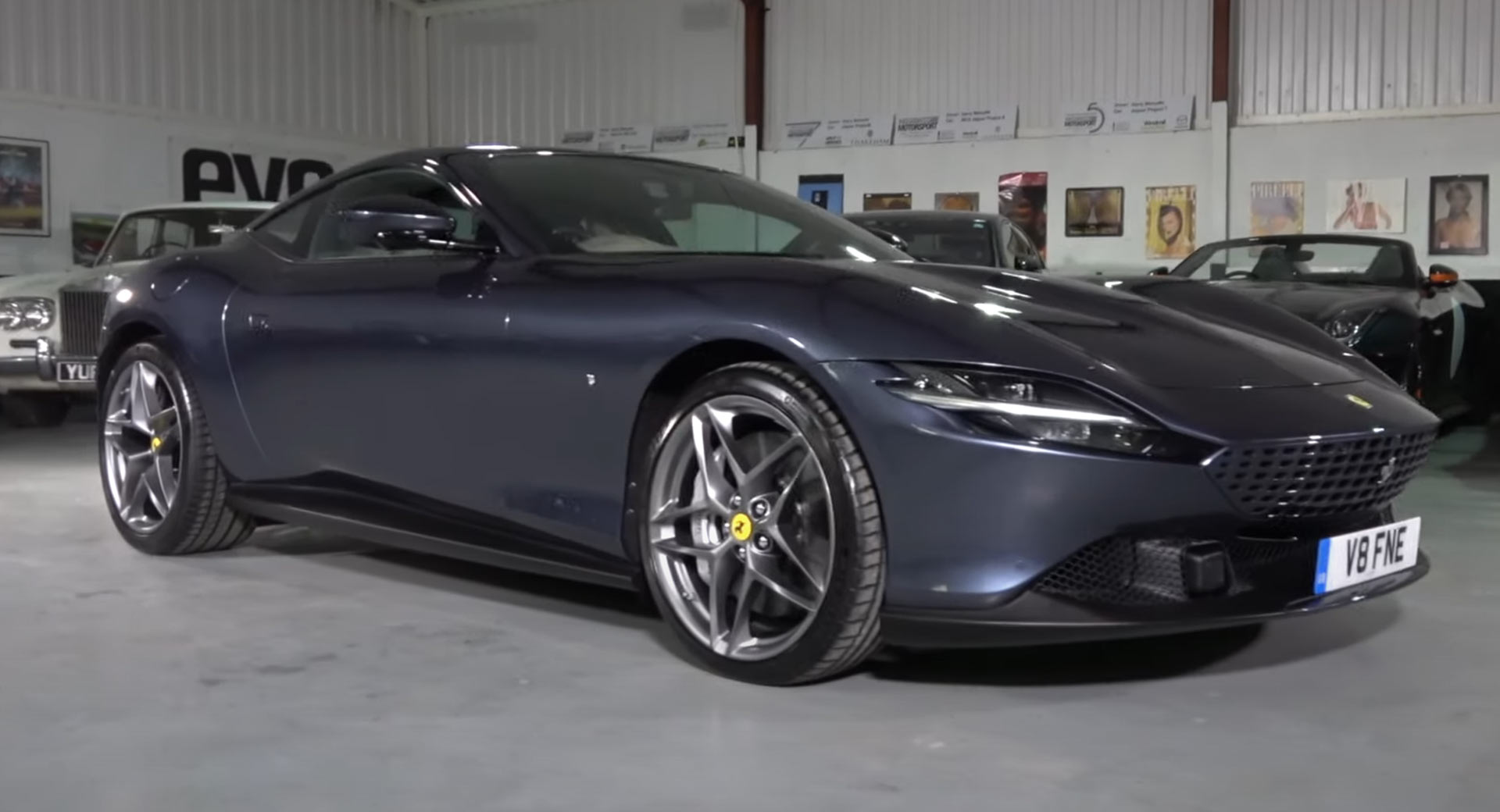 The Ferrari Roma doesn’t offer the same kind of performance as the automaker’s mid-engined supercars but as Harry Metcalfe recently discovered in a test of the Roma, it has its own strengths.

The veteran journalist first drove the Roma earlier in the year but cold weather and heavy rain made it hard for him to get a feel for it. So, he got in contact with Ferrari and arranged to get a Roma press car to take on a roadtrip to Cornwall on the British coast. Unfortunately for him, the weather didn’t play ball for the first part of the trip.

Watch Also: What’s The Ferrari Roma Like To Drive Through The Canyons?

During his test, Metcalfe says the road noise of the Roma is roughly comparable to a new 992-generation Porsche 911, which is respectable. He is more impressed with the car’s new eight-speed dual-clutch transmission, noting that it is a vast improvement over the old seven-speed and is much smoother to operate.

Powering the Roma is a 3.9-liter twin-turbocharged V8 with a cool 612 hp and 561 lb-ft (761 Nm) of torque. As mentioned, this engine is coupled to an eight-speed dual-clutch transmission powering the rear wheels and after watching this review, it’s clear that this engine is just as happy to cruise along motorways as it is to be pushed to its limits along flowing, country roads.

Among the key rivals of the Ferrari Roma include the Bentley Continental GT, Porsche 911 Turbo, and Mercedes-AMG GT C. While we’d have to drive all four back-to-back to see which we’d prefer to own, the Roma is certainly the most striking of them.