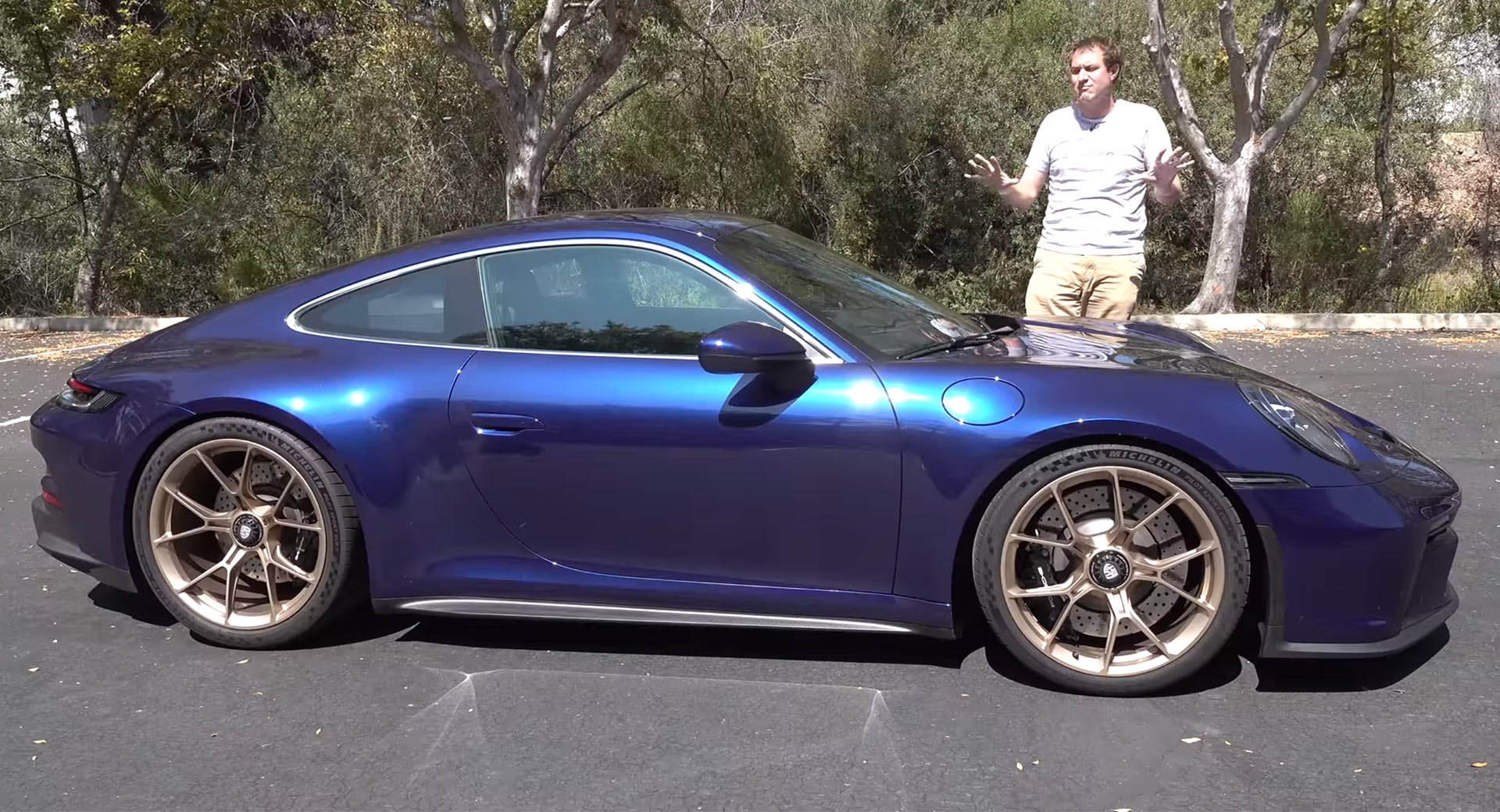 Porsche rarely, if ever, introduces a 911 variant that doesn’t live up to the world’s lofty standards and as Doug DeMuro discovered in his most recent review, the new 911 GT3 Touring is everything he hoped it would be.

As you probably already know, the new 911 GT3 Touring is essentially the same as the standard GT3 but lacks the car’s standard fixed rear wing. A handful of other styling tweaks have been made; for example, the Touring features as a silver trim around the side windows and silver tailpipe tips.

Also: Driven: Porsche 911 GT3 Is Once Again A Driver’s Delight, Only Better

Porsche has also gone to the trouble of painting the front bumper of the GT3 Touring in the same color as the rest of the body, rather than using matte black accents like the normal GT3. The alterations continue in the cabin where the GT3 Touring features more leather than the standard model and feels a bit more luxurious.

The second half of DeMuro’s review focuses on the driving experience. As he points out, while the Touring looks much more subtle than the standard GT3, it is just as fun to drive.

Power comes courtesy of a 4.0-liter naturally-aspirated flat-six pumping out 502 hp and 346 lb-ft (469 Nm) of torque that is coupled to a six-speed manual transmission that sends its power to the rear wheels. It offers more than enough power for the street and sounds absolutely fantastic.