A Tesla Model 3 driver is the subject of some ire in the U.K., as he published a TikTok video of himself making fun of the fuel crisis.

The driver, who didn’t want to be identified but spoke to Wales Online, is from Swansea and said that it “was randomly filmed when I was going to work. I saw a big queue at the Shell station and I just had to stop and make a video.”

The video sees the driver getting out of the car with a green fuel canister and walking towards the pumps before “realizing” that he doesn’t need fuel for the electric car, which he later said belongs to his wife.

It is very much a stupid video, but as U.K. drivers line up in long queues due to the fuel crisis that comes as a result of a shortage of truckers precipitated by Brexit and the Coronavirus pandemic, it didn’t sit well with some of them. Angry viewers took to the comment section to vent their frustration, telling the TikToker to get off his high horse.

As our very own Chris Chilton pointed out, drivers with electrified vehicles are finding it to be an advantage while The Guardian reports that inquiries for EVs have skyrocketed since the shortage began. It is obvious, though, that being a brat like this TikToker doesn’t build solidarity, only animosity. 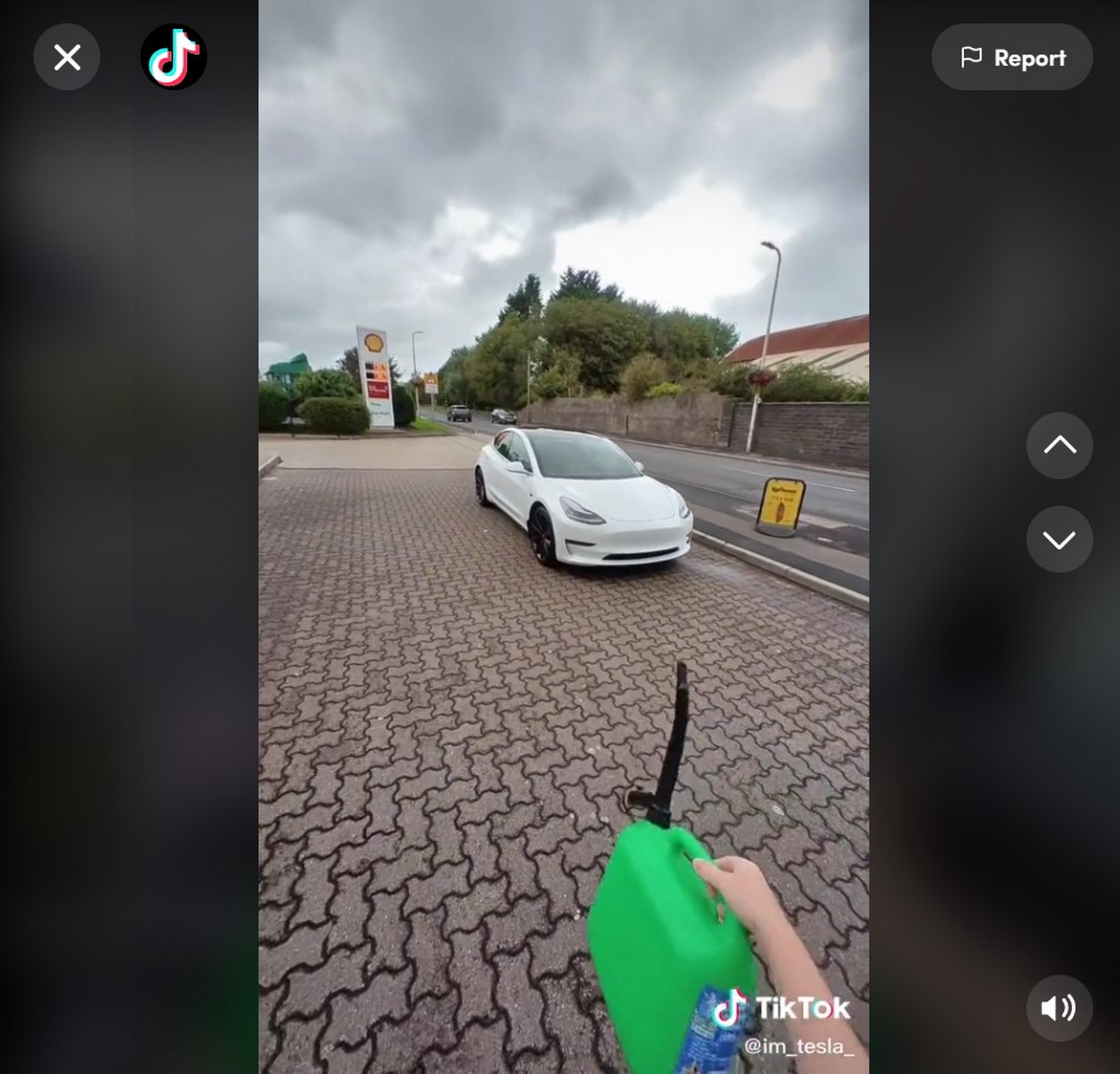