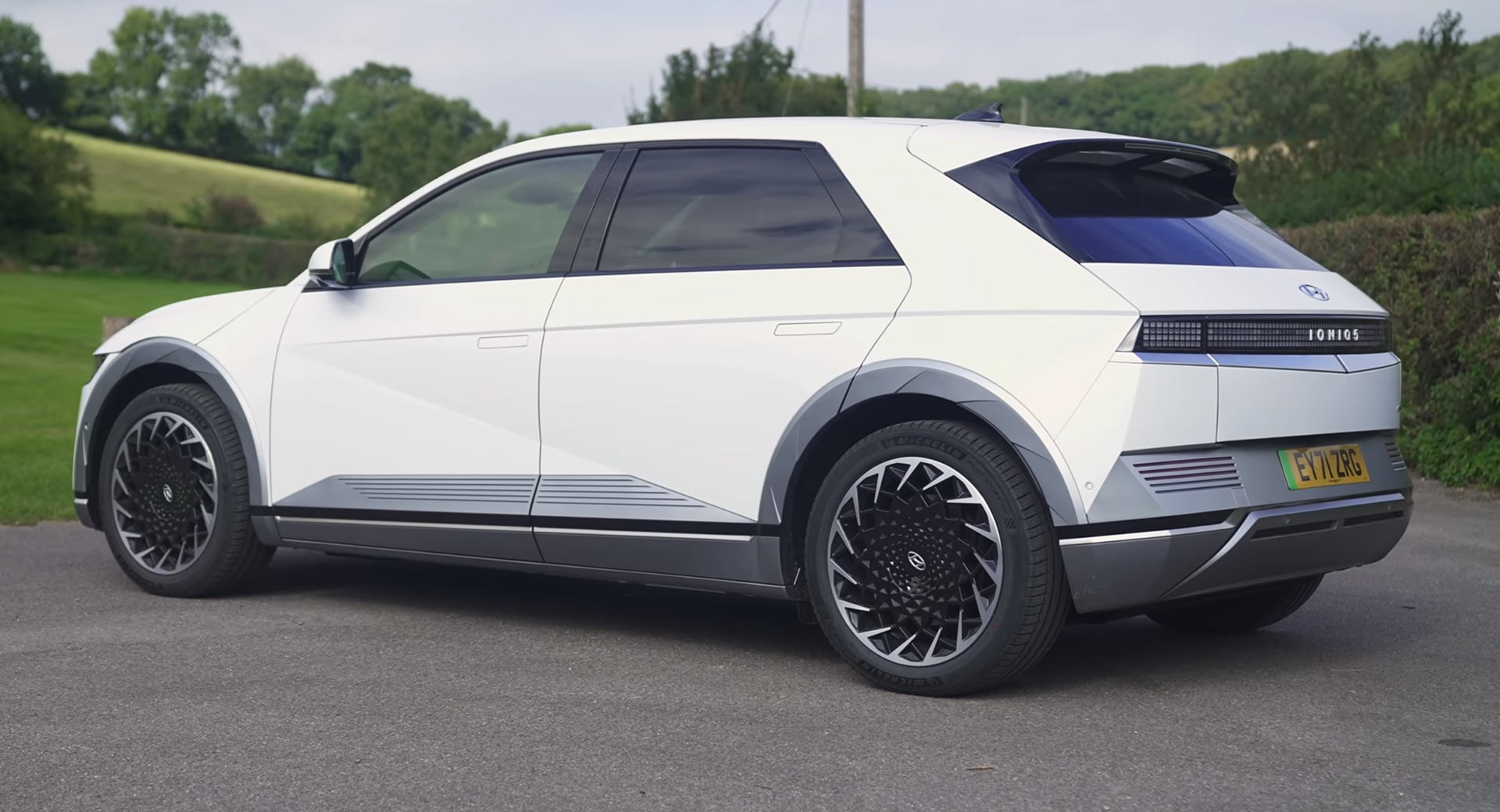 Tesla has enjoyed a big head-start in the EV space over its rivals. However, with the launch of the Hyundai Ioniq 5, it appears that Elon Musk’s company now has a serious challenger in its hands.

While the Ioniq 5 is frequently compared with the Tesla Model 3, it is quite a bit larger than it and is best considered as a competitor for the Model Y SUV. Carwow is the latest publication to put the new Hyundai through its paces and seem very impressed with what they found.

Read More: Hyundai Ioniq 5 Is A Stylish Retro-Modern EV Priced From £36,995 In The UK

British customers can purchase the Ioniq 5 in a handful of different guises. Entry-level models feature a single 167 hp electric motor at the rear axle that’s coupled to a 58 kWh battery pack. A rear-wheel-drive model with a 73 kWh battery pack and a 214 hp motor is also available. Flagship models pair the 73 kWh battery pack with dual electric motors, resulting in a total of 302 hp, allowing the car to hit 62 mph (100 km/h) in a claimed 5.2 seconds.

Carwow tested out the car’s acceleration, even though it hasn’t been designed as an outright performance car quite like the Tesla Model Y Performance. Nevertheless, it was able to hit 60 mph (96 km/h) in a very impressive 4.79 seconds, a touch quicker than Hyundai claims.

Solid straight-line performance isn’t all the Ioniq 5 has going for it. Mat Watson notes that the ride quality is very good and the car is nice and comfortable to drive. He is also impressed with the turning circle and all the nifty features found in the cabin.

Polestar’s newest outlet made entirely out of snow
Nissan Could Ditch Titan, Pivot To Smaller Electric Pickup Instead
Renault repositions Espace minivan as midsize SUV
Lithia Motors in talks to buy Jardine Motors in UK, report says
Ford to cut jobs as it restructures in Europe