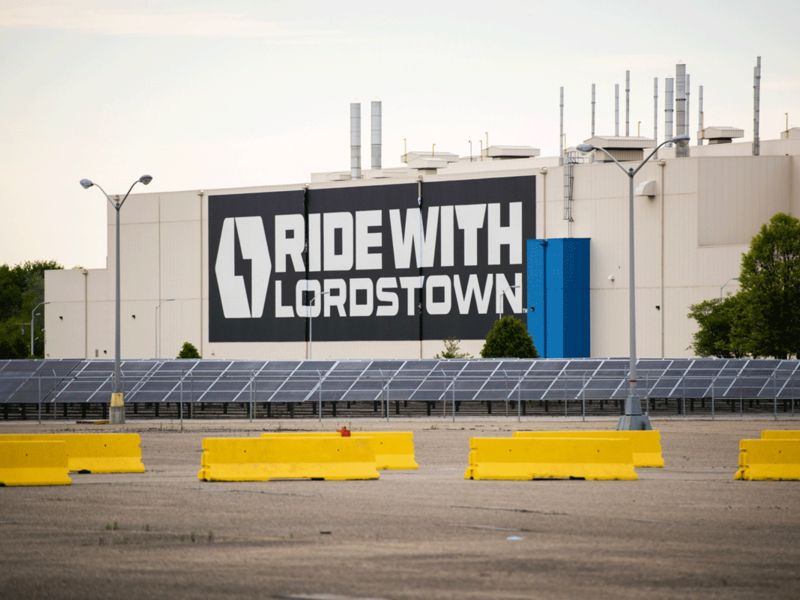 Lordstown Motors Corp., the electric-truck maker running low on cash, is near an agreement to sell its highly politicized Ohio factory to Taiwan’s Foxconn Technology Group, people familiar with the matter told Bloomberg.

The companies are set to announce the pact as soon as this week, said the people, who asked not to be named as the plan isn’t yet public. They didn’t disclose the value of the transaction. Lordstown Motors struck a deal with General Motors in late 2019 to buy the plant the automaker opened in 1966.

The sale, if completed, could bring in much-needed funds and potentially help Lordstown Motors realize the benefits of large-scale manufacturing faster by building multiple models in the same facility along with Foxconn. For the biggest assembler of Apple Inc.’s iPhone, the plant would establish the company’s auto manufacturing footprint in the U.S. as it pushes into EVs.

A Lordstown Motors spokesperson declined to comment. Foxconn representatives didn’t immediately respond to requests for comment. Lordstown Motors shares rose 6.4 percent to $7.84 before the start of regular trading Thursday. The company has lost almost three-quarters of its market value over the last year.

Lordstown Motors has been under investigations by the U.S. Securities and Exchange Commission and the Justice Department after an internal probe concluded that prior management made inaccurate statements about pre-orders for the Endurance. The company is pushing to start deliveries of the pickup next year.

Even if the Endurance is well-received by customers, Lordstown Motors won’t fully utilize its Ohio factory anytime soon. Selling the facility and operating in parallel with Foxconn could help the company better leverage the facility where GM employed 10,000 people at its peak.

GM’s decision in 2018 to close the plant was a blow to then-President Donald Trump, who a year earlier discouraged rally-goers from selling their homes because of all the jobs he vowed to bring back. Democrats seized on the development as a symbol of unfulfilled promises Trump made to voters in a key battleground state.

Lordstown Motors has had to re-establish its footing after ousting Steve Burns, its founder and CEO, in June over misstatements he made about Endurance orders. The company has repeatedly warned that its status as a going concern is in doubt less than a year after merging with a special purpose acquisition company, or SPAC, to go public.

Burns’s successor, CEO Dan Ninivaggi, said in an interview last month that he was looking for partners to help the company take full advantage of a plant that was once the Mahoning Valley’s biggest industrial employer.

“The key to unlocking financial potential is maximizing the value of the Lordstown facility,” Ninivaggi said at the time. “We are exploring a number of alternatives. It could take a number of different forms. That is job one for me.”

Foxconn is hoping to replicate its smartphone success by building clients’ EVs from the chassis on up. It’s rapidly expanding the EV business at a time that major tech companies from Apple to Xiaomi Corp. are investing heavily in technologies for next-generation mobility.

Over the past year, Foxconn has launched a open EV platform, inked a manufacturing deal with Fisker Inc. and formed a partnership with Thailand’s state-owned conglomerate PTT Pcl.

Earlier this year, Chairman Young Liu of Foxconn’s flagship unit Hon Hai Precision Industry Co. said the company was considering creating an EV manufacturing facility in Wisconsin as its first U.S. automotive outpost. With Foxconn bulking up its automotive muscle, it’s seen as a contender in the race to make EVs for Apple.

Foxconn has had a controversial history of bringing its manufacturing capabilities to the U.S. The Taiwanese company originally committed to investing $10 billion in a Wisconsin facility in exchange for billions of dollars in possible subsidies, a project championed by then-President Trump. That vision was never realized, and Liu said earlier this year he’s trying to figure out what to make at the location.