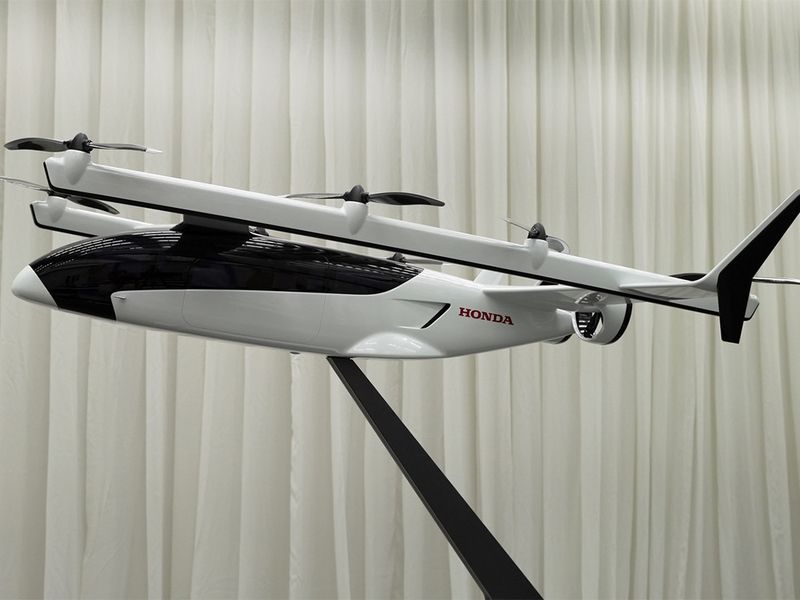 TOKYO – Honda Motor Co., which will phase out internal combustion products by 2040, has now unveiled plans to reinvent the company in business areas that are truly out of this world.

Under a road map unveiled Thursday, the automaker said it will branch into electric air mobility vehicles, avatar robots and even reusable rockets to launch satellites into space.

Earlier this year, Mibe said Honda would go completely gasoline-free by 2040, marking a major transformation for a company that is one of the world’s biggest builders of combustion engines.

Keiji Ohtsu, president of Honda R&D Co., the automaker’s development arm, conceded the new technologies are a test for a company steeped in motorbikes, cars and power products.

“All of the initiatives we introduced today are for the challenges Honda takes on in new areas,” he said.

But Honda also has a successful history of tackling tangents, such as jet aircraft and robots.

Topping the list of new directions, which will be handled by Honda R&D, is electric vertical take-off and landing, or eVTOL, aircraft. It is a sector, sometimes described as “flying cars,” that is increasingly being explored by rival automakers, including South Korea’s Hyundai Motor Group.

But with Honda, it parlays nicely with the company’s long-standing jet business. And to overcome the limitations of short-range battery-powered flight, Honda will equip its eVTOL with a gas turbine hybrid power unit. Honda wants to conduct a test flight in 2024 and decide on the viability of the business by 2025. If it gets the green light, the goal is to go commercial by 2030.

Honda wants to demonstrate this technology by March 31, 2024, and put it into practical use in the 2030s.

The robotics push builds off Honda’s extensive experience in humanoid robots, most famously with the now discontinued Asimo, a pint-sized, bipedal, black-and-white walk-about.

Avatar robots will act as “a second self of the user,” Honda said, because they can perform tasks without the human needing to be anywhere nearby – all while conveying a realistic sense of handling objects. They will leverage Honda’s development of artificial intelligence.

Honda said it already has a multi-fingered robot with the dexterity to open a tight jar lid, as part of its quest to program robots that can wield tools with precise control and force.

Meanwhile, Honda is targeting the frontier beyond Earth’s gravitational pull.

“As international momentum for expanding the range of human activities outside the Earth continues to grow, Honda began initiatives to strive for the expansion of human activities and development on the lunar surface,” Honda R&D said in a statement.

The goal here is to build renewable energy systems that can be used on the moon by leveraging fuel cell systems that use hydrogen harvested through the electrolysis of water found there.

Honda said it began research of this technology with Japan’s space agency in February.

Finally, Honda is developing small reusable rockets that can put satellites into low-earth orbit. Honda said this fills a niche because there are “not enough rockets available to meet demand for satellite launches.” Honda gave the initiative a green spin by suggesting the satellites help combat global warming by tracking climate change and improving the efficiency of transportation.

The vision calls for reusable rockets that allow for at least some of the components to land back on Earth. Honda said it will harness its automated driving technologies to realize this.

But it didn’t offer a timeline for the push.