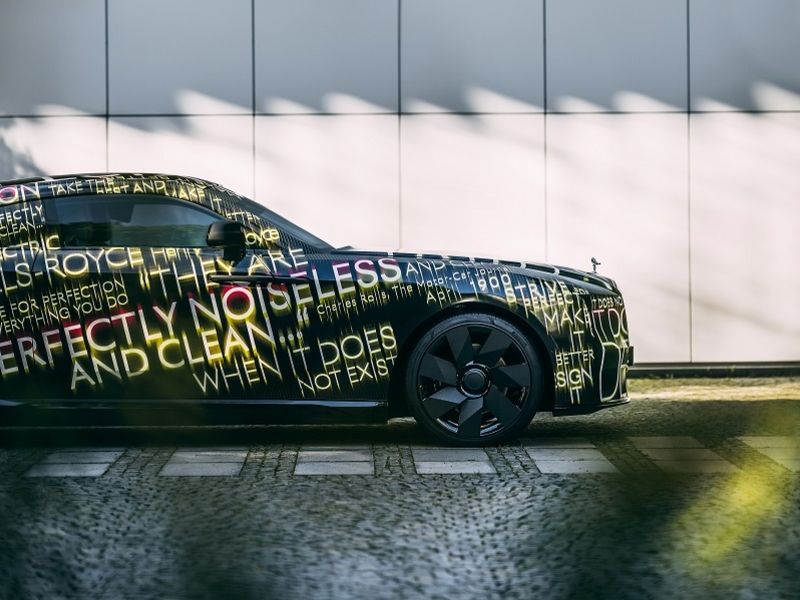 LONDON — Rolls-Royce will launch its first full-electric car in 2023 on its way to shifting to selling only battery-powered cars after 2030.

The ultraluxury brand’s first EV will be the Spectre coupe, the BMW-owned company said in a statement on Wednesday.

The two-door car will be built on the same aluminum architecture that currently underpins all the company’s models.

Rolls-Royce’s shift to electric cars is the most significant moment in the company’s history since it was founded in 1904, CEO Torsten Mueller-Oetvoes said in the statement.

“Electric drive is uniquely and perfectly suited to Rolls-Royce Motor Cars, more so than any other automotive brand,” he said. “It is silent, refined and creates torque almost instantly, going on to generate tremendous power.”

The Spectre “will be the first and finest super-luxury product of its type,” Mueller-Oetvoes said in the statement.

Pictures of a disguised prototype of the Spectre released by Rolls-Royce showed the coupe will have a sloping rear back in the manner of the now discontinued Wraith coupe.

Its design suggests the electric Spectre will be a direct replacement for the Wraith, which was powered by a BMW-derived V-12 engine, like all of Rolls-Royce’s current lineup.

The Spectre follows a Rolls-Royce naming tradition by using another word for ghost, following Wraith, Phantom and Ghost.

As with the Wraith, the doors are hinged to the back with the handle placed below the door mirror. Mueller-Oetvoes told Automotive News Europe in 2019 that the design of the company’s first EV “will be unmistakably a Rolls-Royce while also expressing it’s an electric powered car.”

Rolls-Royce revealed the 102EX electric Phantom prototype in 2011 but despite electric power providing the silent “waftability” that customers look for in their cars, the project was stopped after concerns the driving range was too short and charging took too long.

Rolls-Royce said last year that its move to electrify was driven more by legislation than customer demand. “There is no demand from customers but we need to be in a position to sell them a car if legislation forbids them from driving a combustion engine car into the center of a city,” a spokesperson told Automotive News Europe at the time.

Deliveries of the Spectre will start in the fourth quarter of 2023, Rolls-Royce said.

The timing means the company will beat its British rival Bentley to market with its first EV.

Bentley has said its first electric car will arrive in 2025 ahead of the Volkswagen Group brand going all-electric by 2030. By 2026, Bentley will only sell plug-in hybrid and full-electric models.