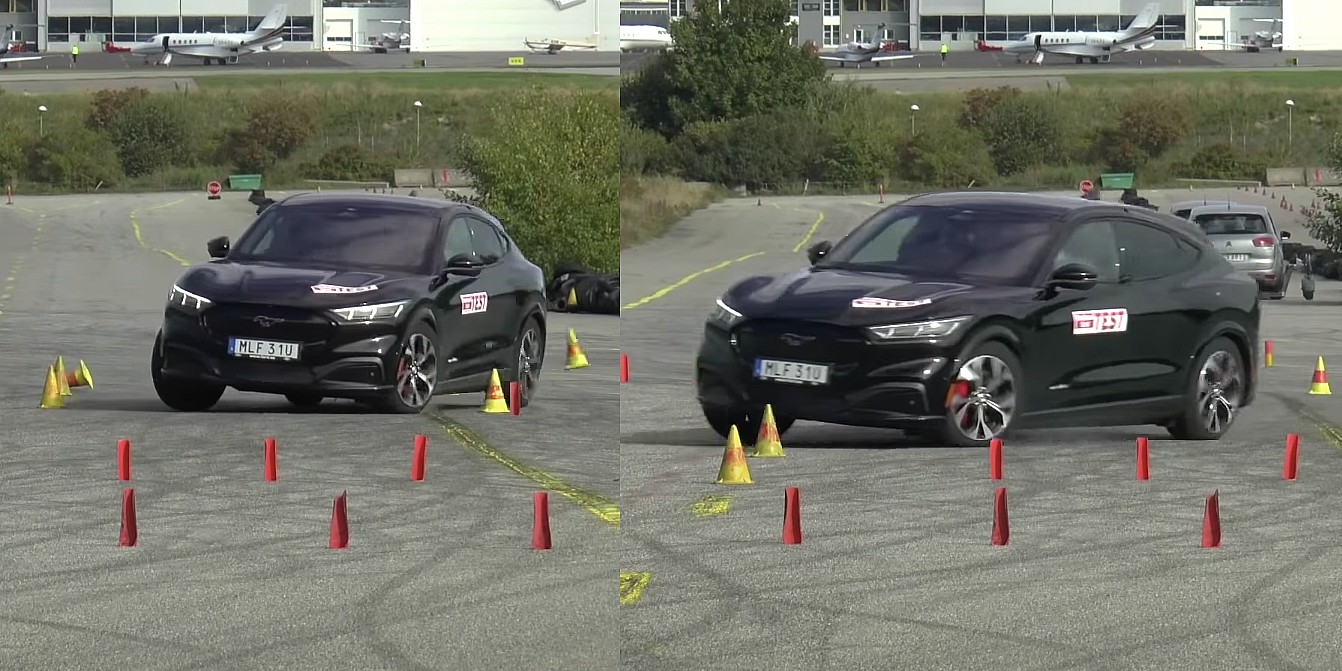 It appears that the Ford Mustang Mach-E may end up living up to its name just a little bit too much. In a series of tests from Swedish auto agency Teknikens Värld, the Tesla Model Y challenger ended up vastly underperforming in the Moose Test, one of the most notable safety tests performed on vehicles today. Compared to the Model Y, the Mach-E proved a bit too unbridled, struggling to keep its control even at conservative speeds.

The Moose Test simulates how a vehicle responds to a sudden obstacle on the road, such as a literal moose. Traffic cones are set up in an S-shape to simulate an obstacle, which vehicles would then be tasked to avoid. Cars taking the Moose Test would have to swerve quickly into the “oncoming lane” to avoid the “obstacle,” before swerving back to avoid “oncoming traffic” — all without losing control.

The Tesla Model 3 and Model Y have performed excellently in these tests. Between the two, the Model Y’s results were pleasantly surprising since crossovers typically have more body roll than sedans. Yet during its tests from auto agency km77, the Model Y ended up acing the Moose Test all the way to an entry speed of 83 kph (51.6 mph), putting it in the top tier of all categories.

This was not the case with the Ford Mustang Mach-E. During its tests, the testers at Teknikens Värld observed that the all-electric crossover was too soft in the chassis and too slow in its steering. It was then difficult to get the Mustang Mach-E through the Moose Test even at low entry speeds. The auto publication noted that even with an entry speed of just 65 km/h (40.5 mph), the Mustang Mach-E was already struggling. Similar tests at entry speeds of 68 km/h (42.3 mph) showed similar results.

At an entry speed of 70 km/h (43.5 mph), things truly went south for the Mustang Mach-E. The Ford all-electric crossover went wide and threw its rear out in a very unsafe manner, and things got even worse when entry speeds reached 72 km/h (44.7 mph). At that speed, the Moose Test’s results suggested that the Mustang Mach-E might be unable to stay on the road. This was a disappointing result for the Ford EV, especially since the testers used a dual-motor AWD version of the vehicle. The Hyundai IONIQ 5, which was tested together with the Mustang Mach-E, aced the Moose Test like the Tesla Model Y.

Watch the Ford Mustang Mach-E’s Moose Test results in the video below.

The Tesla Model Y’s Moose Test results could be viewed below.