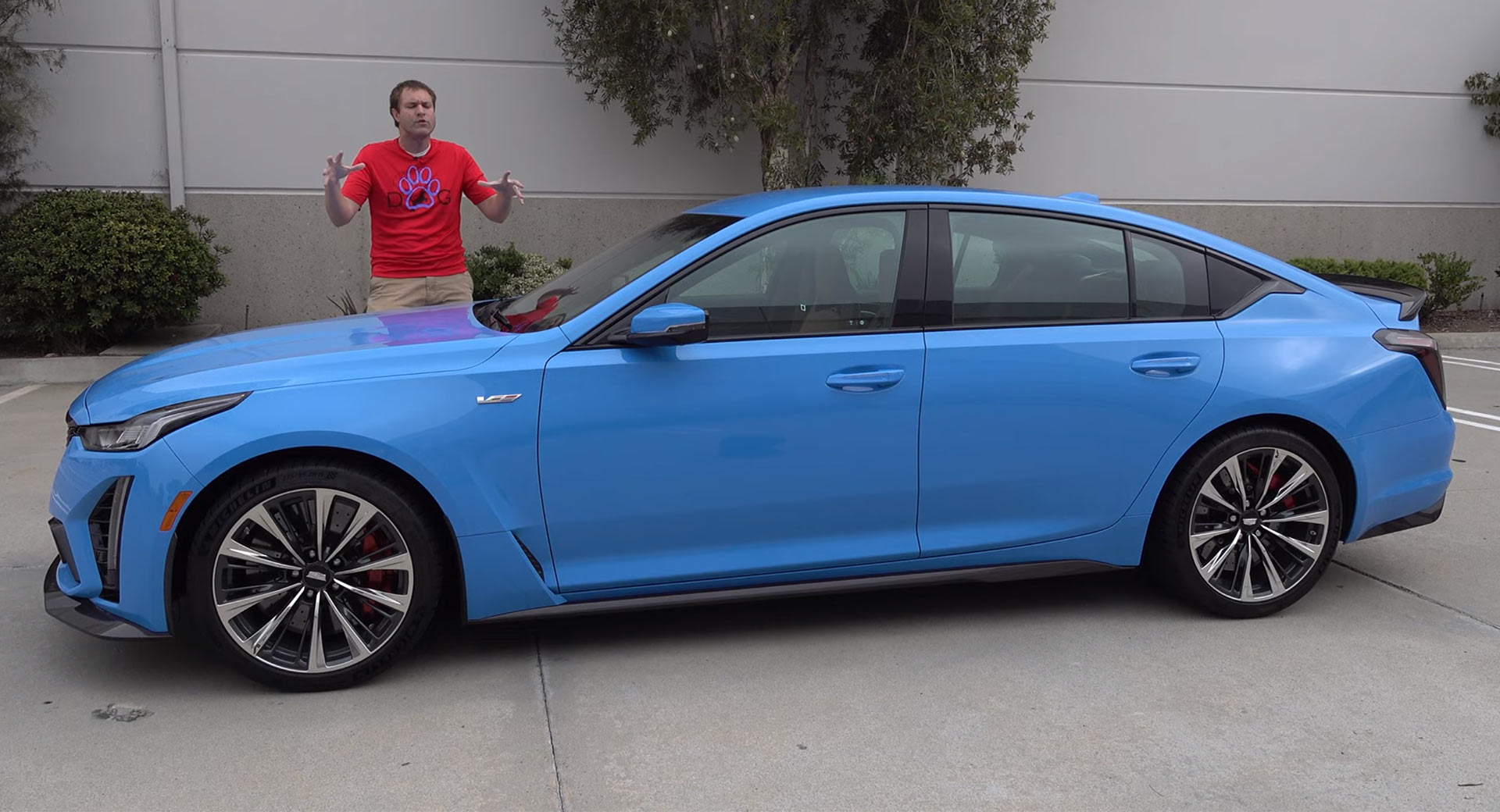 Cadillac will eventually transition to an all-electric line-up but it will continue to celebrate the internal combustion engine while it can and a few months ago, launched the insane CT5-V Blackwing.

The CT5-V Blackwing is essentially the successor to the CTS-V and as such, features a familiar 6.2-liter supercharged V8. However, it has been modified and now churns out 668 hp and 659 lb-ft (893 Nm) of torque. Those are some extraordinary figures and mean the car has more grunt than rivals such as the Mercedes-AMG E 63 S and even the BMW M5 CS.

Watch Also: The Cadillac CT5-V Blackwing Is One Of The Last True Tire-Shredding American V8 Sedans

Doug DeMuro recently had the opportunity to check out the CT5-V Blackwing and was very impressed with what he found.

Kicking off the review is an overview of the car’s interior. Among the key features found in the cabin include the fully configurable digital gauge cluster and the Performance Data Recorder that customers may be familiar with from the Chevrolet Corvette. The cabin is also loaded with swathes of carbon fiber but there are some less than desirable components, such as the cheap-looking black plastic buttons on the dashboard and doors.

In terms of the driving experience, one epic aspect of the CT5-V Blackwing is the fact that it is available with a six-speed manual transmission, not something that can be said with the car’s rivals. DeMuro is also a big fan of the Magnetic Ride Control suspension, noting that it allows the car to handle just as well as the very best sport sedans while still having a very comfortable ride.