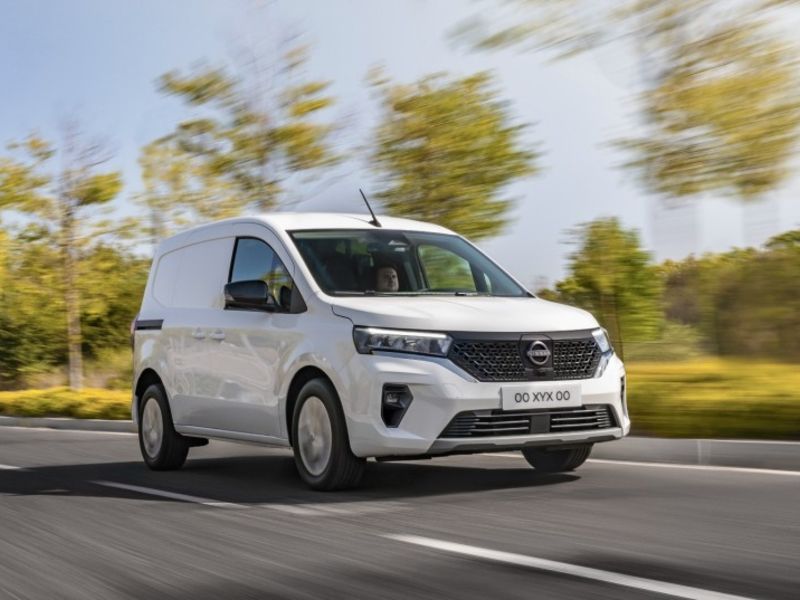 PARIS — Nissan is launching the Townstar, a small van based on the Kangoo from alliance partner Renault, as part of a rebranding of its light-commercial vehicle offerings.

The Townstar will be available with either a gasoline or full-electric drivetrain, but there will be no option for diesel, which has dominated the commercial van market for decades.

The Townstar will be built at Renault’s factory in Maubeuge, northern France, as will a variant from Mercedes-Benz, the Citan. Like the Kangoo and Citan, it will be available in passenger and commercial versions. A launch date and price were not announced.

Nissan is seeking to increase its share of the light-commercial vehicle market with the rebranding and new Townstar, Emmanuelle Serazin, Nissan Europe’s corporate and commercial vehicles sales director, said in the release.

“We are prioritizing our van portfolio and capitalising on the strength and expertise of the Alliance to help achieve sustainable growth,” she said.

The Townstar’s gasoline option will be a 1.3-liter 4-cylinder engine (co-developed with Daimler) that produces 130 hp. The full-electric version will have a 44-kilowatt-hour battery producing the equivalent of 122 hp. Nissan estimates that range will be 285 km (177 miles), pending homologation.

Nissan has added advanced safety and drive assist features, including a 360-degree camera view and, on electric models, the brand’s ProPilot system, which incorporates adaptive cruise control and lanekeeping in highway driving. Vehicles with ProPilot can negotiate gentle curves and slow to a stop without input from the driver.

The interior features an 8-inch central touch screen and a “floating” console that allows for more storage areas under the gear shift.

The electric version of the Townstar will succeed the e-NV200, one of the first, and most popular, full-electric delivery vans in Europe. The e-NV200 has recorded about 42,000 sales since its introduction in 2014, according to Nissan. It has long been the most popular small electric van in Europe, along with the Renault Kangoo ZE.

The Townstar, like the Kangoo and Citan, is built on the Renault-Nissan Alliance’s CMF-C/D platform for compact and midsize vehicles. It will be distinguished by its front styling, which Nissan said takes cues from the coming Ariya full-electric compact SUV.

The Kangoo offers a wider choice of drivetrains, including two gasoline, three diesels, a full-hybrid (in 2023) and a full-electric model. It will also come in two lengths.

In addition to the Kangoo and Citan, the Townstar will be competing against small van offerings from Stellantis (the Citroen Berlingo and Peugeot Partner), the Volkswagen Caddy (new this year), the Toyota ProAce (a variant of the Stellantis small vans) and the Ford Transit Connect.

The Kangoo ZE and Nissan e-NV200 have been the best-selling electric vans in recent years, but Peugeot, Citroen and Toyota small vans are now available as EVs. The Caddy and Transit Connect do not have EV options, but VW Group is preparing to launch a small electric van to be shared with Ford that will be based on the ID Buzz concept.

JATO Dynamics, which tracks European registrations, classifies these small vans as “car-derived vans,” since they are built on passenger-vehicle platforms.

The European auto lobby ACEA reported that just 2 percent of all light-commercial vehicles sold in the EU in 2020 were full-electric, with diesel at 92 percent and gas at 3.4 percent. Total electric van sales of all sizes were 28,597, a 28 percent increase over 2019.