Indicators, turn signals, call them what you will, their job is to help you avoid a smash by letting other traffic know you’re about to make a move, and in which direction you’re going to make it.

Sounds simple enough, except when Mini’s Union Jack-themed taillights are involved. As a recent story on Jalopnik highlighted (quite clearly), when the rear turn signals on Minis equipped with the Union Jack lamps illuminate, they create an illuminated arrow.

Which sounds perfect, and it would be if the arrow wasn’t pointing in completely the opposite direction to the way the driver is intended to manouver. When a Mini is stopped at a light with its turn signal activated, you get one static arrow from the brake light on one side of the car, and a flashing arrow from the indicator on the other side.

Though the Union Jack lights have been around for a while, neither we, nor Jason Torchinsky, the author of the Jalopnik article, had ever noticed this quirk before. When I called the Mini press office here in the UK, they seemed equally surprised, the reason being that on European Minis the turn signal bit is handled exclusively by an illuminated horizontal orange bar.

Related: MINI STRIP By Paul Smith Is A Bare-Bones Concept Car That Cares About The Environment

On North American Minis, however, the amber bar is replaced by red. Which on its own wouldn’t be a huge problem, but when the also-red diagonal bars above and below flash at exactly the same time, and the rest of the lamp unit remains unlit, it’s impossible not to see the resulting light show as a giant arrow. One pointing in the wrong direction. 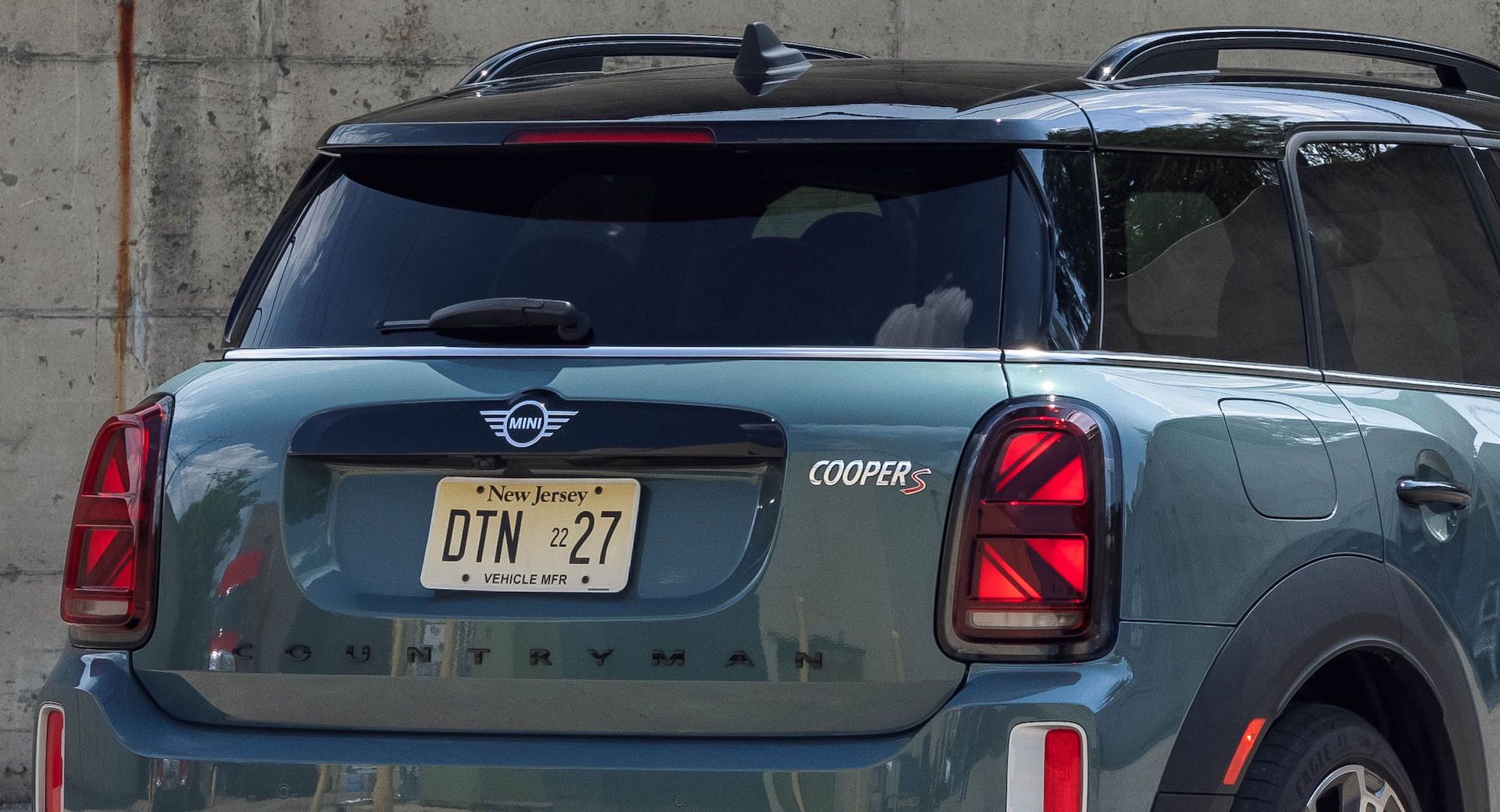 Interestingly, while it’s now become common for older Minis to update their cars with the Union Jack look, even the aftermarket lights fitted to North American Minis don’t display the same flashing arrow pattern when the car is indicating.

Red turn signals are not legal in Europe, and any car, old or new, imported there from the U.S. has to have its lights converted to amber to comply with safety legislation. But a recent article by Road & Track explained that the U.S.’s National Highway Traffic Safety Administration is rather less concerned with the safety-enhancing properties of orange turn signals.

It cites a 2008 NHTSA study that concluded cars with red turn signals were 22 percent more likely to be hit from behind than cars fitted with amber indicators when making a manouver that involved indicators. Follow up studies carried out to remove any factors that may have distorted the original findings confirmed the amber signals could reduce the number of accidents.

But almost 15 years later, while all kinds of complicated safety equipment like automatic emergency braking has become commonplace on U.S. cars, a simple, effective change in turn signal color still hasn’t been mandated. Some cars sold in North America do have amber turn signals, but many don’t.