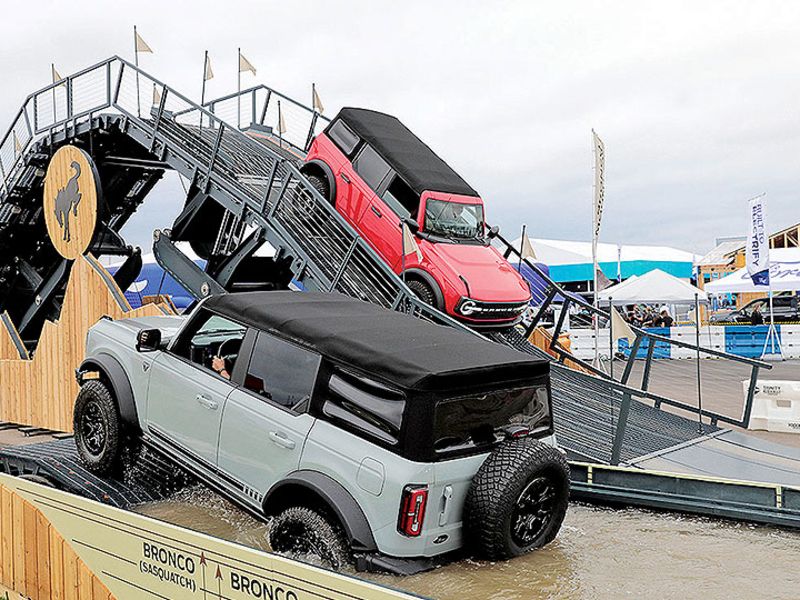 Suburban Detroit’s experimentation with an outdoor automotive festival showed plenty of promise for next year and beyond, but it also served as a reminder why auto shows traditionally have been held in climate-controlled convention halls.

Bad weather forced organizers to cancel one of two media and industry days at Motor Bella, the enthusiast-geared car event they created instead of trying to stage a full-fledged auto show during the pandemic. Motor Bella, which included four days of public admission, was held at a race course in Pontiac, which got about 4.5 inches of rain over two days last week.

The rain flooded some vehicle exhibits and turned tracks created for off-road rides into muddy ponds. Wind and rain collapsed a portion of Ford Motor Co.’s tent, though officials said none of the vehicles inside were damaged.

The storms, which pushed temperatures well below normal for the first days of autumn, forced Ford and Toyota Motor Corp. to move their vehicle unveilings inside a building on the property.

The Detroit Auto Dealers Association is planning to revive the North American International Auto Show in fall 2022, with a combination of indoor and outdoor components.

It would be Detroit’s first auto show since January 2019.

Honda Accord And Jeep Grand Cherokee Road Rage Causes Mayhem On George Washington Bridge
Italian Race Track Forced To Pay $543 Fine After Allowing A V8 F1 Car In For Being Too Loud
Victory lap: Kenseth inducted into NASCAR HOF
Audi’s new EV is a luxury SUV with augmented reality that doubles as a pickup
Nissan Could Ditch Titan, Pivot To Smaller Electric Pickup Instead