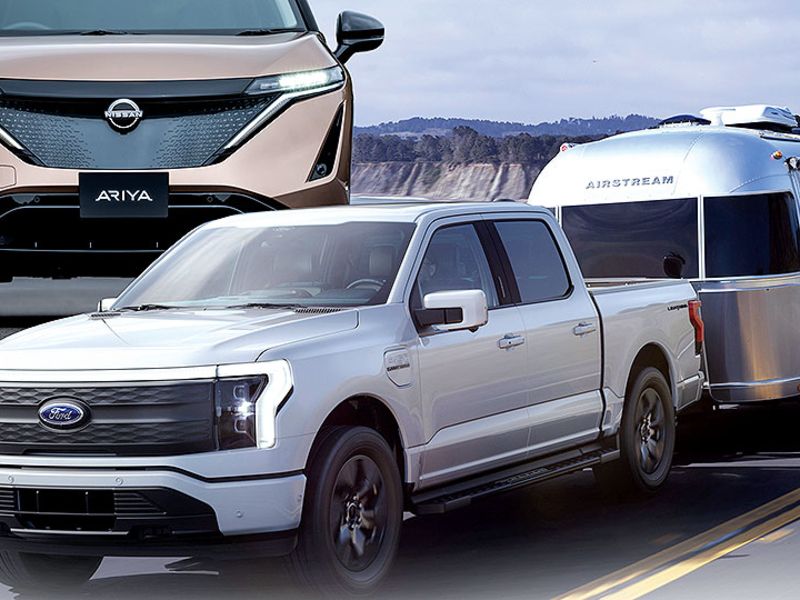 Plug in America, a nonprofit, Los Angeles- based advocacy group, calls itself the consumer voice of the electric vehicle industry. Among its missions is to educate consumers about driving EVs, and, through its PlugStar program, to educate dealerships on selling the vehicles. Shift Deputy Editor Pete Bigelow spoke with Program Director Kathryn Urquhart and Executive Director Joel Levin this month on the Shift podcast. Here are edited excerpts.

Q: What’s the mission of Plug In America?

A: Levin: Our mission is to accelerate the rollout of electric cars, to make it easier for people to get into EVs, to get EVs on the road and to do it from the perspective of benefiting consumers so it makes it easier and more convenient for people to drive the cars.

Urquhart: We represent the voice of the EV driver, but we also are trying to reach EV intenders, so we’re trying to cast a wide net to let folks know that these are not just little golf carts; these are high-performing cars for everyday use and giving them the information and tools and resources to make an informed decision on the best model for them.

What is the sticking point for consumers right now? For a long time you heard about range anxiety. Is that still the hurdle to overcome—

Urquhart: I think range anxiety still exists, but I think we’re seeing reduced concerns over that. A lot of the charging networks are being built out, and people who are considering EVs have a lot more information and understand that EVs can work for them. We’re seeing longer-range vehicles.

Levin: I would say it’s lack of information. Because it’s a new technology, there is a lack of awareness, a lot of misconceptions around the world. So range anxiety is primarily a disease of people who don’t drive EVs. So if you ask EV drivers: Do they worry about range? Not really. It’s not really an issue for people. One of the common things that people who don’t drive EVs worry about is that there’s going to be no power. They think: “Oh, it’s a little golf cart. It’s not going to go on the freeway. You know, people do it for the environment. It’s like eating broccoli. It’s good for you. And you just got to suck it up.” But that’s not the case, because you ask EV drivers what they like best about their car, it’s the power. It’s the fact that you get maximum torque from a standstill. It’s really kind of a shock the first time that you drive an EV and step on the accelerator.

They’re worried about “Where am I going to charge this? You know, is it going to blow up?” I mean, people don’t know about the technology. So there’s a bunch of myths that they have. People think that they’re really expensive. In fact, when you compare electric vehicles, apples to apples, with gas cars and you look at the total cost of ownership — in other words, you don’t look at just the upfront costs; you look at the incentives, you look at the difference in fuel prices — electricity is much cheaper than gas. Maintenance costs are about half as much.

How much has Tesla helped transform that mindset from “it’s like your vegetables” to “this is a fun car to drive”?

Urquhart: Tesla definitely helped to market EVs. But we’re seeing a lot of automakers who are going to release vehicles that are going to change the conversation even further.

We know there’s the F-150 [Lightning]. I think it’s going to change the conversation because that’s a truck that can be used for a lot of different things that historically people didn’t associate with electric vehicles or plug-in vehicles. I think that Ford Mach-E Mustang, the Mustang has a huge following of people who are really into cars. And it’s a whole new audience. Tesla helped, but I think that conversation is still evolving and there’s a lot of automakers who are helping to move that forward.

Levin: One of the interesting things that’s happening is EVs are gradually moving into different vehicle classes and different types of models than there were before. A couple of years ago, a lot of the EVs were subcompacts. That’s not true anymore because there now are a number of really nice SUVs that are out there: the Audi E-tron, and the Mustang, the VW ID4 and Nissan’s about to release Ariya. As Kat said, there were no pickup trucks, but there’s about to be a bunch of them. So, we’re picking up people that weren’t interested before because there wasn’t a vehicle that fit their lifestyle.

What is the role of dealerships?

When someone sells an EV, it’s a longer discussion. You need a little bit more knowledge around the technology and how you fuel it. And EV drivers also tend to do a lot of their research.

They’ll very often come to the dealership knowing more than the salesperson they’re talking to; kind of a disconcerting experience for the salespeople. Plus, there’s a zillion different incentives that are available, which is really great, but they change constantly.

How does PlugStar address some of these issues?

Urquhart: A lot of times dealers get a bit of a bad rap. People say dealers don’t like EVs or dealers hate EVs, and the truth of the matter is most dealers that we interact with and talk to don’t hate EVs; they don’t dislike selling EVs. They just need support in doing so and in making that sale as quick and efficient as possible. And that’s what we would do at PlugStart.

We provide training and EV certification and ongoing EV support so that the dealers’ sales staff really have the tools and information to make that sale as quick and efficient as possible.

And, you know, dealers know how to sell cars. They sell cars all day long. That’s what they do. But similar to consumers, dealers’ sales staffs need the education and the information to make that shift in terms of understanding the vehicles, understanding how to best sell those vehicles. When you talk to dealers and their staffs, what are their anxieties? What are their pain points?

Urquhart: What we see is that they get model-specific training. A lot of times they don’t hear this kind of ecosystem training. The sales staff will know the specs of the vehicle and be able to speak to the specs of the specific vehicle. But they don’t know how to answer questions about incentives. They may not know where to point them in terms of public charging or how to charge at home. And so we really support them on the whole system.