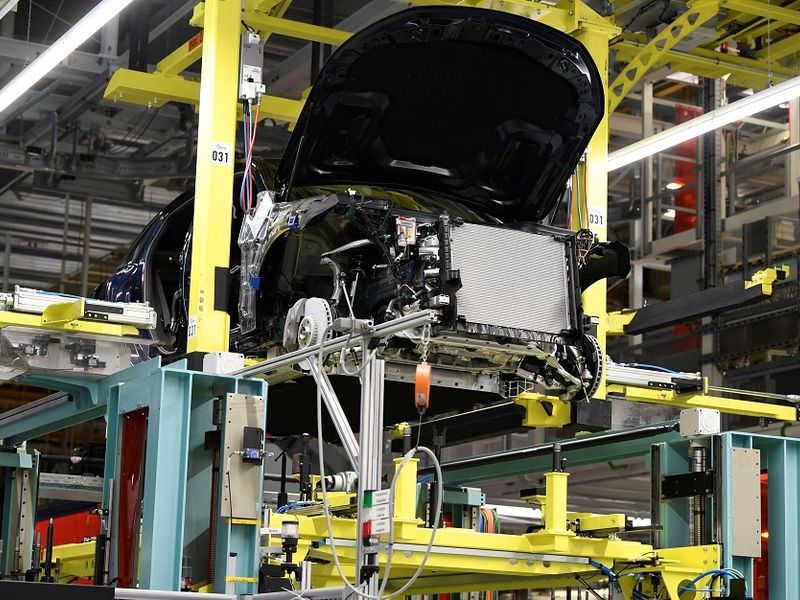 PARIS — Automotive Cells Company (ACC), the joint battery venture between Stellantis and TotalEnergies, just got a giant boost with the news that Mercedes-Benz will become a full partner.

Although ACC will not produce its first batteries before the end of 2023, Mercedes parent company Daimler’s involvement makes it a major and credible player in the contest to produce Europe’s EV batteries — and take some control from the Asian players that currently dominate the battery supply chain.

ACC’s existing plan is to build two factories, one in Douvrin, northern France, to serve primarily Peugeot, Citroen and DS models; and another in Kaiserslautern, Germany, close to an Opel assembly plant. Each would have 24 to 32 Gigawatt hours of capacity by 2030, with the intent of supplying up to 1 million EVs a year.

But the entry of Mercedes, whose luxury cars will need dense, sophisticted and powerful batteries, doubles that capacity figure to 120 GWh a year. Total investment also doubles, from 3.5 billion euros ($4.1 billion) to 7 billion euros.

Stellantis is clearly thrilled to have Daimler – which has pledged to spend some 50 billion euros on EV development — as a partner. “Mercedes-Benz will bring a vote of confidence in our technology roadmap, and product competitiveness that significantly strengthens ACC’s busines potential,” ACC CEO Yann Vincent, former head of production at Stellantis, said in a statement.

“Daimler’s investment in the ACC battery consortium set up by Stellantis and Total further helps get ACC off the ground as potential EU leader in auto battery,” Jefferies analyst Philippe Houchois said in a note Friday. “Joining the top holding as equal shareholder is an unexpected positive for Daimler.”

He added that the move continues the trend toward vertical integration of the EV supply chain. Stellantis CEO Carlos Tavares has said that doing so could save at least 10 percent in vehicle costs.

While Stellantis has focused on electrifying popular small and compact models such as the Peugeot 208 and Opel Corsa on existing platforms, Mercedes has already begun releasing models on its electric-only EVA2 platform, starting with the 120,000 euro-plus EQS flagship, followed by the EQE midsize sedan.

One potential loser in the deal is Renault, which had publicly discussed the possibility of participating in ACC. But now that mass-market focused Stellantis has joined up with Mercedes, there may be no reason to invite another mainstream automaker to the party.

The news is also a blow to Renault and Daimler’s tie-up, which began in 2010 with each taking a small share in the other and collaborating on projects such as vans and engine development.

With the possibility of the EU effectively banning internal-combustion cars by 2035, ACC won’t be the sole supplier of batteries to either Stellantis or Mercedes.

Stellantis, with its 12 main automotive brands based in Europe and North America, has already said it will have five battery sources: ACC, Chinese companies BYD, CATL and SVolt, and South Korea’s LG Chem. Total expected need is 260 GWh, with 170 in Europe alone, by 2030.

Mercedes, whose strong Chinese presence makes it even more global than Stellantis, predicts it will need 220 GWh of battery capacity by 2030. In-house, Daimler has taken a stake in the Chinese battery company Farasis Energy.

A partnership with CATL produces batteries for the EQ vehicles, and overall Mercedes has said it will have eight battery factories with existing partners and “one new partner” – presumably ACC. One of those will be in the U.S., four in Europe and three in China.

“ACC should logically be the main but non-exclusive source for M-B European vehicle production,” Houchois said.

If so, the move will lend credibility to the EU’s push to develop a home-grown battery cell industry. Early efforts have been fitful, with ACC largely seen as being a local Stellantis play, and Volkswagen and Volvo partnering with Swedish startup Northvolt. Other efforts, such as Britishvolt and France’s Verkor, are still in the fund-raising phase.