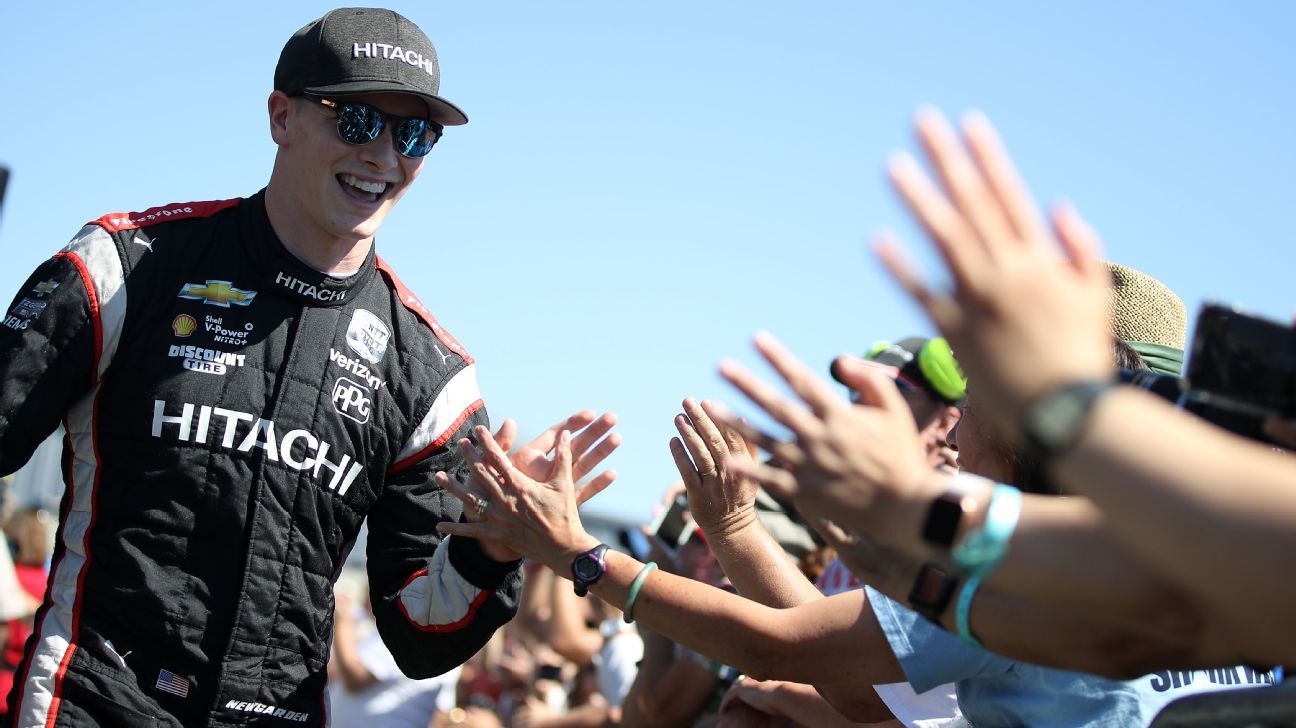 LONG BEACH, Calif. — The IndyCar championship race tightened ahead of the Grand Prix of Long Beach after a messy qualifying session put contenders Alex Palou and Pato O’Ward in the middle of the pack.

“Maybe rules don’t apply the last race of the season? When everything’s at stake? It just sucks,” O’Ward fumed after he failed to advance to the final round of qualifying.

Despite a lengthy delay for IndyCar to review the results, the Fast Six remained unchanged and O’Ward was slotted in eighth for the start of Sunday’s title-deciding race. He is second in the standings, 35 points behind leader Palou, and was furious with IndyCar’s inaction.

“We have literal data that shows at least two other cars didn’t get penalized and kept going quickly in the yellow flag,” the 22-year-old Mexican said.

He angrily left pit road and had calmed down by the time he reached the news conference but grew heated again when the subject was raised.

“We’re still waiting on the explanation, just like you and everybody else,” O’Ward said. “But I doubt I’ll get an explanation.”

Palou was caught by the same local yellow in the qualifying session and will start 10th.

The American is a distant third in the standings but still mathematically in the mix for the title, which would be his third. He credited a fan who has been roaming the temporary street course hyping Newgarden and Team Penske all weekend. But he doesn’t think the fan enthusiasm will be enough to win the title.

“We’ve fought hard all year, but it’s very improbable for us to win the championship,” Newgarden said. “Our goal is to win the race.”

Palou really needs only a trouble-free Sunday drive on the temporary street course to become the first Spaniard to win the IndyCar championship. An 11th-place finish earns him his first major championship as a professional racer, regardless of what the competition does Sunday.

The 24-year-old known for his positive outlook, eagerness and jovial mood didn’t change after qualifying 10th, two spots behind O’Ward. He watched the final qualifying round on his pit box with his Chip Ganassi Racing crew then asked teammate Scott Dixon to win Sunday’s race after Dixon qualified second behind Newgarden.

Palou had never seen the 11-turn course built over nearly two miles in downtown Long Beach. He brushed the wall during qualifying and needed several saves in Saturday morning practice and wasn’t too bothered about his midpack starting position.

“The good thing is we have a base,” Palou said. “We know we have a good race car.”

Herta in the Back

The most dominant driver of the weekend failed to advance out of the first round of qualifying, and Colton Herta will start 14th.

Herta is coming off a win last weekend at Laguna Seca and was fastest in the two practice sessions at Long Beach. But he brushed the wall during his qualifying attempt and was eliminated from advancing into the next round.

After climbing from his car and removing his helmet, Herta briefly thought he was going to be pushed through to the second round as IndyCar went through its first lengthy scoring review of the session. Race control was deciding if Romain Grosjean should be issued an interference penalty that would have dropped him and moved Herta ahead.

Herta even got back in his car at one point before IndyCar made the first of two no-calls.

“Just slapped the wall there,” Herta said. “That was my fault, unfortunately. Could make for an interesting race. We’ve got two new sets of reds [tires] — can be a good thing to charge to the front.”

Ryan Hunter-Reay‘s 12-year career with Andretti Autosport comes to an end Sunday at Long Beach, site of his first career victory for the team.

In his dozen years in the No. 28, the driver known as “Captain America” won both the Indianapolis 500 and the IndyCar championship as the cornerstone of the Andretti organization. But sponsorship from DHL has scaled back, and Hunter-Reay said it was decided in November that this season would be his last with the team.

A second Indianapolis 500 victory might have undone the decision, but the team on Saturday announced that Grosjean will drive the car next season. Hunter-Reay had confirmed two weeks ago that he was leaving.

“I think we’ve seen out our time,” Hunter-Reay said. “I’ve just gone in every weekend kind of trying to have a straightforward weekend. Last weekend we had a fueling issue. It’s one thing or another. It’s been a lot of those this year, so I’m definitely ready to move on.”

Hunter-Reay has not announced what he will do next year but said he “absolutely” would race a car again. He was in a good mental place and savored his time during the autograph session, where fans cheered him and his three young sons sometimes offered their own signatures.

His boys have always worn his gear and the bright yellow of sponsor DHL, and the family together at his favorite track was a moment he will never forget. Hunter-Reay’s late mother loved the Grand Prix of Long Beach, and it’s where he met his wife during a race weekend.

“I’ve been with this team for 12 years, have been with the same engineer longer than I’ve been married, and I’ve got three kids, so go figure that one out,” Hunter-Reay said. “In sports, in business, anything like that, everything evolves. It always does. Change is inevitable, and it’s a good thing usually. I think it’s definitely a good time to shake things up.

“I’m all smiles, absolutely, racing at one of my favorite racetracks in IndyCar. You can either go through it with a big smile on your face or you can just be mad and kick the can all the time. That’s how I’ve always been, enjoy it, go forward with a positive attitude. That’s what I’m doing for sure.”