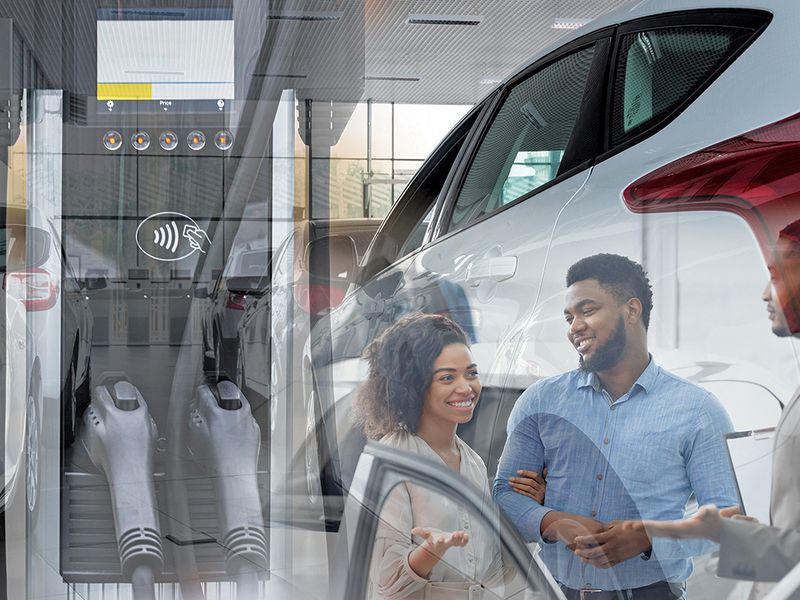 Hundreds of miles away from a major city brimming with urbanites and potential early adopters, Stefan Johnson devotes his time to generating interest in electric vehicles on Colorado’s rugged Western Slope.

This is oil-and-gas country. Not all that long ago, Johnson’s attempts may have only stirred derision.

But today, a rise in EV-curious consumers, a broader product portfolio from automakers and his own efforts as transportation program manager with the Clean Energy Economy for the Region nonprofit organization have all created a foothold for electric vehicles there.

Another turning point has been the group buys he helps organize with local auto dealerships. Clean Energy Economy for the Region, which advocates for oil independence and an accelerated push toward a cleaner economy, negotiates for discounts and incentives. In return, it brings dealerships eager individual customers.

“We’re not salespeople, but we will create demand, and we will generate those leads when dealerships would normally have to do their own marketing,” Johnson said. “We’ve developed some great relationships with dealers who are responsive. There might still be a few who say, ‘No, EVs aren’t going to sell here,’ but with some of these new models coming on the market and anticipation for the Ford F-150 Lightning, we’re seeing a changing of the guard.”

A 2019 group-buy effort over three rural counties resulted in sales of 60 EVs. In sheer numbers, that’s not sizable. But it counts as a big success in a rural area, and it perhaps highlights another method in which dealerships nationwide can adapt to selling vehicles that arrive with new sets of questions and expectations from prospective consumers.

So far, dealership efforts across the country have been uneven. Their websites — where many potential customers start shopping — lack EV-specific information, according to a new study released this month and conducted by Ipsos, a global insights-and-analytics company. The dearth of information continues in the showroom.

Ipsos sent researchers moonlighting as “mystery shoppers” into 201 dealerships that sell EVs in 12 of the largest electric-car markets in the U.S. They documented their experiences, measuring the sales staff’s knowledge of EVs, availability and readiness of vehicles, quality of test drives and more for its Electric Vehicle Dealership Readiness Study.

While the results varied for individual dealerships, the overall assessment was damning. Unprepared staff were not capitalizing on consumer interest, and Ipsos further found “it is evident that many dealers often are not prepared for the EV-curious consumer.”

“EVs are often misunderstood by customers, with the belief that they are not as capable or as versatile as their gas-engine counterparts,” wrote Mike VanNieuwkuyk, senior vice president of Ipsos Automotive. “Giving the customer the EV experience is everything. It’s what ultimately sells the vehicle.”

That’s exactly what Columbus, Ohio, set out to do. After Ohio’s capital won the U.S. Department of Transportation’s Smart City Challenge in 2016, officials in that city quickly realized that if they wanted residents to use 300 new electric chargers, they needed to work with dealerships to encourage sales.

“We were after early adopters, and when you sync them with being ready to buy a car and then having product available, we were very aware of what that would look like,” Mandy Bishop, program manager for Smart Columbus, said on the Shift mobility podcast last month.

If there’s a key change between those early efforts in 2016 and today it’s that electrics are no longer the exclusive domain of early adopters; they’re now appealing to a wider audience of shoppers. As that customer base widens, Plug In America, a nonprofit based in Los Angeles that promotes a shift to plug-in hybrids and EVs, has sought to educate dealers and train their staffs on how to be more effective with prospective customers. Since 2016, its PlugStar program, also a shopping tool for consumers, has trained hundreds of dealerships and thousands of salespeople.

“Car dealers are where the rubber meets the road,” said Joel Levin, executive director of Plug In America. “That’s where the sale gets transacted, and it’s a central part of this equation. It’s a different sale. A different business transaction than dealers are used to. There’s been some speed bumps along the way.”

Fundamentally, customer questions around gasoline-powered cars are vehicle-centric. Questions regarding EVs, on the other hand, are about the ecosystem needed to support the cars: Where can customers charge? How long does charging take? How much does it cost to install at home-charging equipment and then charge the battery? How quickly does the battery degrade?

The more salespeople can have those answers at their fingertips, and provide real-time information from utility companies, the better they can be at EV sales.

“Once dealers understand the technology and can answer those questions, they go, ‘Hey, this is an easy sell, because the cars are easy to refuel and there are incentives available to buy them,’ ” said Kat Urquhart, who manages the PlugStar program. “A lot of times, they find EV champions are created and they say, ‘Give me the inventory, and we can sell these cars.’ ”

She says salespeople trained in the PlugStar program sell four times as many EVs as their untrained counterparts at the same dealerships. Dealerships that invest in the training have seen their plug-in hybrid sales rise 10 percent and battery-electric sales increase 20 percent, Urquhart said. Surveys show PlugStar-certified dealers are twice as likely to get a coveted five-star rating from customers than those who are not trained.

Even for the most enthusiastic dealerships, however, some roadblocks remain. While negotiating group buys, Johnson says available incentives are often dictated to dealerships from automakers, so pricing leeway can be limited. Sometimes, inventory can be limited as well, making it hard to secure a decent number of vehicles.

Nonetheless, he is certain that forging relationships and educating dealers and their staffs is a key to enabling widespread adoption of EVs.

“Customers are more knowledgeable themselves now, and they’ve got friends who have Teslas, and they’ve watched videos, and they’re waiting for the right time,” Johnson said. “When we have a group buy, they say, ‘Oh, I can get this amazing deal in the month of October, and I’m ready to pull a trigger.’ There still needs to be a little bit of hand-holding getting them to that final ‘yes.’ ”