On any given day classic car auction site Bring A Trailer brings the virtual hammer down on any number of interesting cars. Modern, classic, modified or museum-grade, BaT celebrates them all, whether they were built in Detroit or Dingolfing.

But today the theme was very definitely Turkish, and we don’t mean it was hosting a retrospective on the Anadol ATC-16 coupe from the 1970s.

While the company’s website was functioning as normal today, the site’s Instagram account was hacked, and 12 posts added that might have looked rather unfamiliar to the site’s fans – unless those 277,000 followers also happened to be fans of Turkish TikToker, Elif Armagan.

No, I hadn’t heard of her either, but her face was set as the BaT account’s profile picture, and her name and twitter address were linked below. 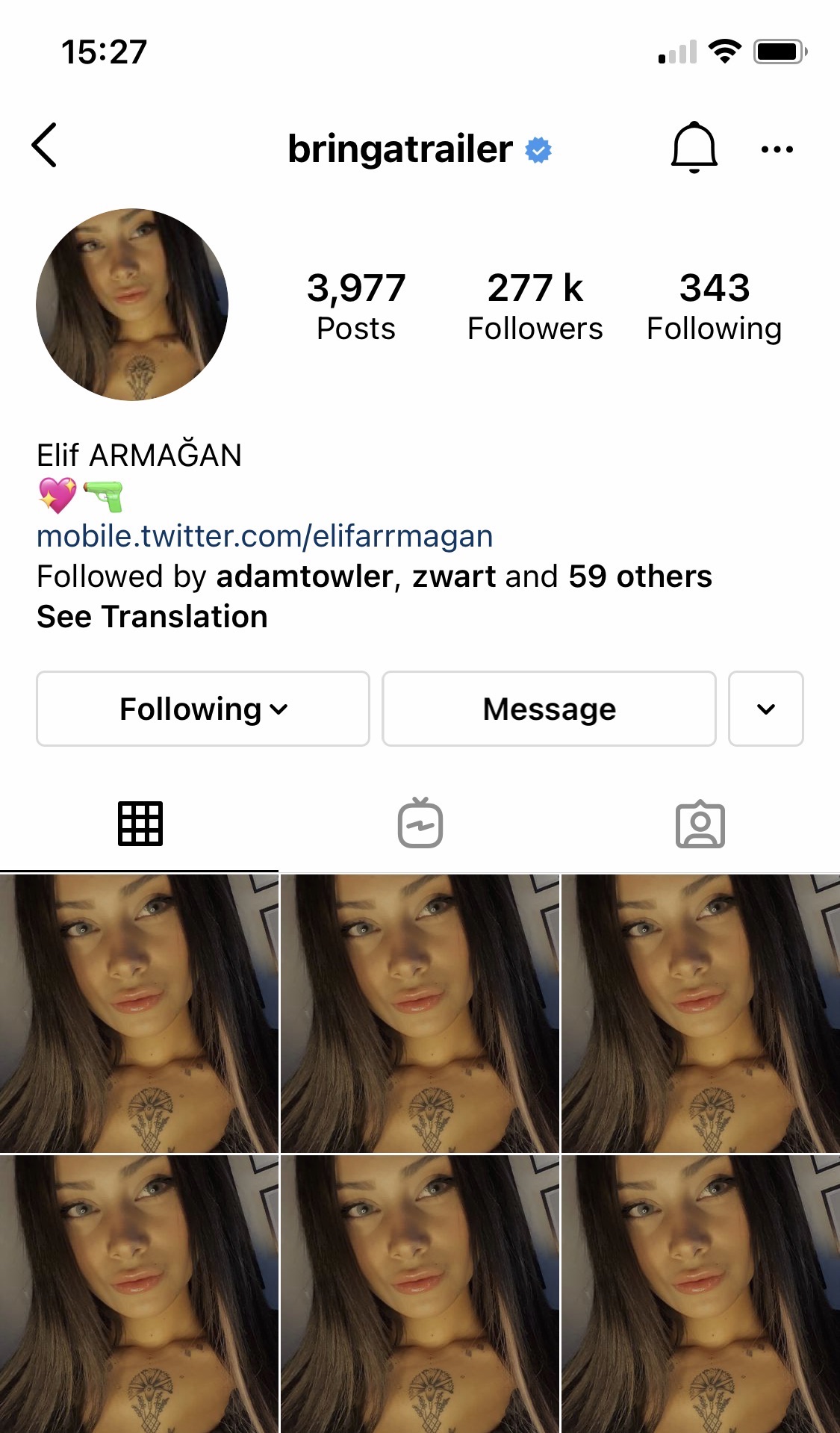 Following the breadcrumb trail led me, purely for journalistic reasons, you understand, to the young lady’s TikTok page where the predictable combination of not wearing much and waving her hands in front of her chest while miming to songs has amassed Elif 150,100 followers and 1.1 million likes. She also has an Instagram account, or at least did. It appears to have been deactivated.

The 12 identical Elif images that were posted to BaT’s Instagram were later replaced by plain white space, but then a new series of pictures of a different girl were added.

As expected, the user comments underneath the pictures include jokes like “clean and tidy,” “no low ballers, I know what I’ve got here” and also more than a few tongue-in-cheek suggestions that the hack was actually the work of YouTuber Doug DeMuro, who co-founded a similar car auction site, Cars & Bids. 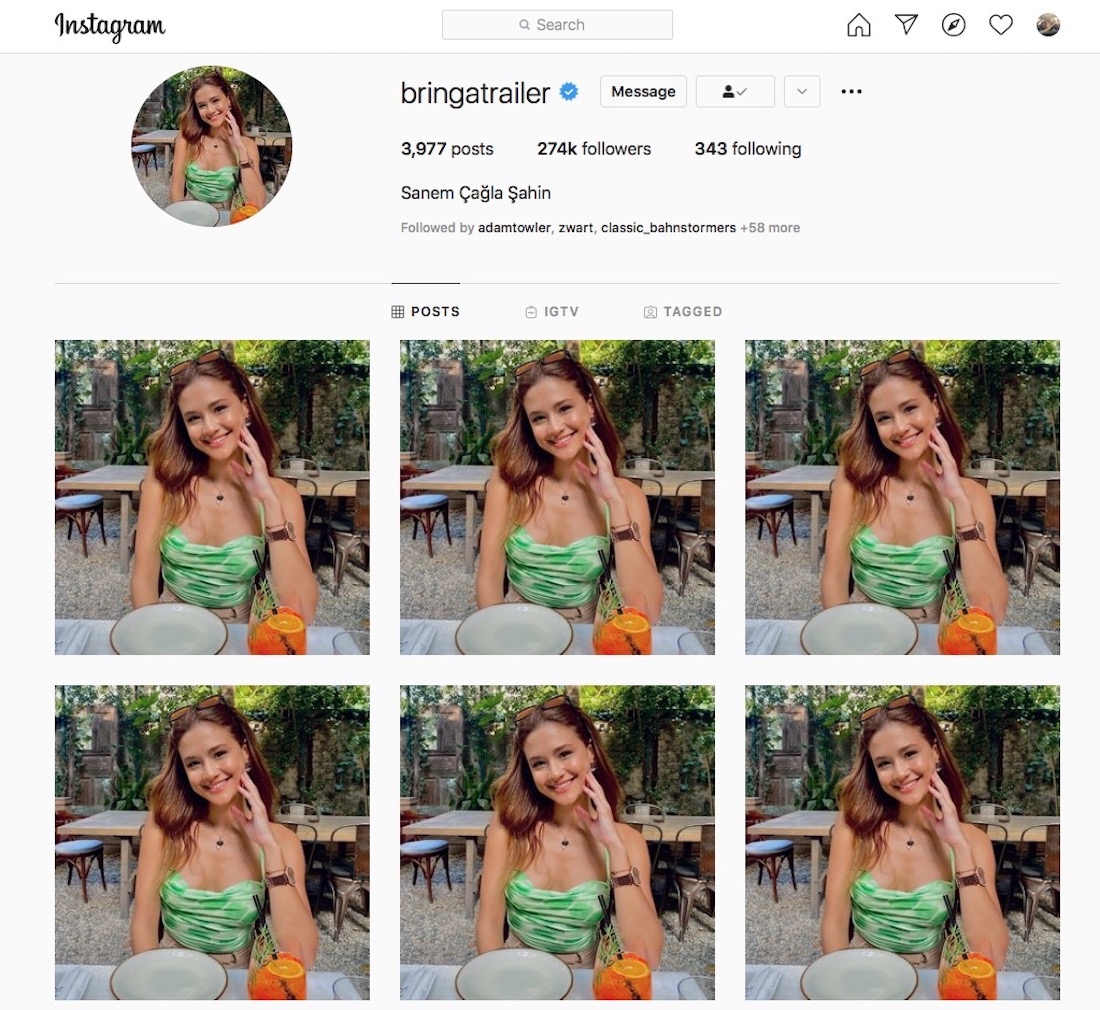