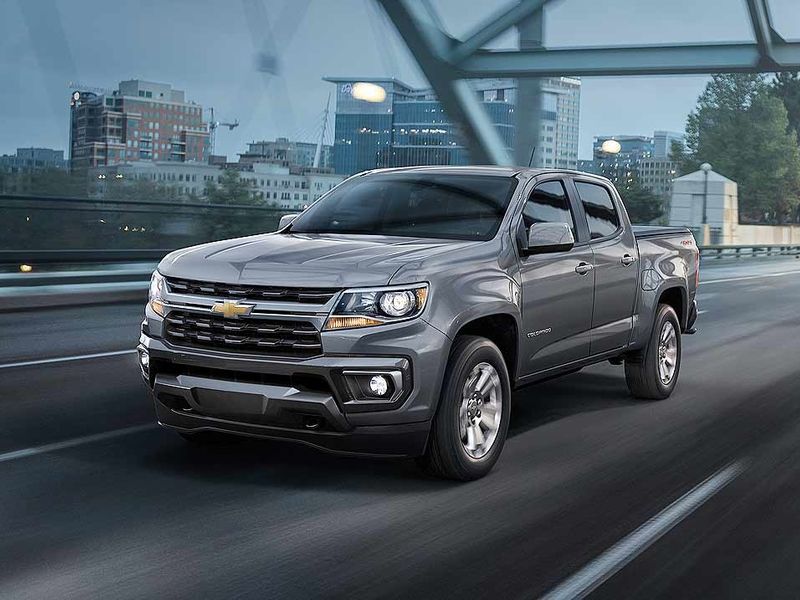 DETROIT — General Motors plans to restart production at its midsize pickup plant in Missouri next week, as planned, while seven other of the automaker’s plants in North America remain idle, in part because of the global microchip shortage.

The plant in Wentzville has been down since Sept. 6. It builds the Chevrolet Colorado and GMC Canyon midsize pickups along with the Chevrolet Express and GMC Savana full-size commercial vans.

“With Wentzville resuming operations, we expect that all of GM’s full-size SUV, full-size truck and mid-size truck plants in North America will be running regular production the week of Sept. 27,” GM said in a Thursday statement.

The automakers’ full-size pickup plants in Flint, Mich., Silao, Mexico, and Fort Wayne, Ind., will continue running next week, along with the Chevy Corvette plant in Bowling Green, Ky., and Cadillac XT4 production at Fairfax Assembly in Kansas City.

AutoForecast Solutions estimates that the global industry has lost 8.36 million vehicles from scheduled production because of the global microchip shortage. About 2.7 million of those vehicles were cut from production plans in North America.

GM President Mark Reuss said this week that he expects the chip supply to stabilize but at lower levels than the industry wants.

“We’re going to see a stabilization to some extent before we see getting the volume we really need,” Reuss said at a conference hosted by the Detroit Regional Chamber on Mackinac Island in Michigan.

Fairfax Assembly will be running XT4 production, but the plant’s Chevy Malibu production will be down through Oct. 29. It has been down since Feb. 8. GM is retooling Factory Zero in Detroit and Oshawa Assembly in Ontario. Both plants are slated to open in the fourth quarter.

Seven assembly plants in North America will remain down next week, as planned, because of the chip shortage, retooling for model-year changeover and a battery pack shortage.

CAMI Assembly: The Ingersoll, Ontario, plant will be down through Oct. 15. The plant, which builds the Chevy Equinox, has been down since mid-July.

Orion Assembly: The Michigan plant, which builds the Chevy Bolt EV and EUV, will be down through Oct. 15 as a result of a battery pack shortage. GM recalled all Bolts last month for fire risk and plans to spend about $1 billion on the expanded recall, on top of the $800 million it spent last quarter.

Spring Hill: The Tennessee plant, which builds GMC Acadia and Cadillac XT5 and XT6, is being retooled for a model changeover. It is scheduled to come back online in the fourth quarter.