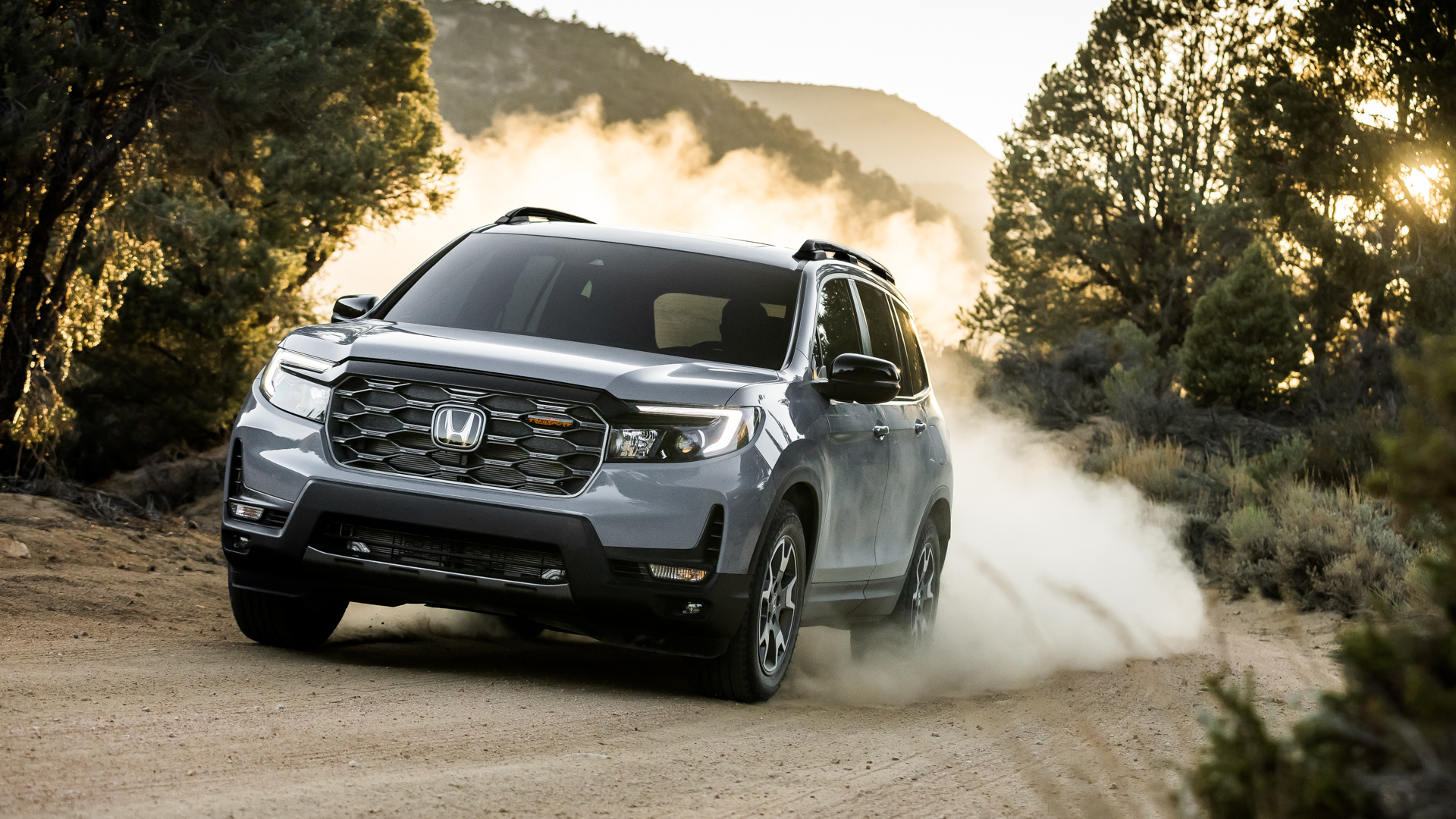 What kind of vehicle is the 2022 Honda Passport? What does it compare to?

The Passport is the mid-size, two-row cousin of the three-row Pilot, with more rugged styling that hints at its greater off-road capability thanks to a raised suspension and greater approach/departure angles.

Last year’s Passport earned a TCC Rating of 6.0 out of 10, and this minor refresh doesn’t appear to do much to move the needle, but we’ll withhold a final verdict until we drive it. (Read more about how we rate cars.)

The Passport gets a small refresh for the 2022 model year that changes up the front styling to make it more truck-like. A new TrailSport trim level has also been added.

The new TrailSport is the first of what will eventually be a full lineup of off-road oriented vehicles for Honda, but for a first impression it leaves something to be desired. It doesn’t add much off-road capability, instead opting to add visual cues and styling touches. The front and rear bumpers, grille, and 18-inch pewter wheels are all unique to the TrailSport and there are unique badges located both inside and outside the cabin. The closest thing to a performance upgrade is a 0.3-inch wider track front and rear, but there are no tire, suspension, or powertrain upgrades of note (though all-wheel drive does come standard). Honda says those kinds of upgrades will come on later TrailSport models.

Honda hasn’t yet detailed where the TrailSport will land among the Passport’s trim hierarchy, but the example we got to preview had leather upholstery which means in Honda’s expected trim walk that it will at least slide in above the base Sport. The EX-L, Touring, and Elite trims also all come with standard cowhide.

The rest of the lineup sees very minor changes. The Passport has been restyled from the A-pillar forward with a new hood and squared-off grille that make the Passport look more like the Ridgeline than the Pilot. There’s a new rear bumper as well to make room for larger exhaust tips (though the sound will remain the same). Wheel designs are all new and top out at 20-inches in size on the EX-L and Elite. A Honda Performance Development (HPD) styling package, including a new grille, black fender flares, wheels, and HPD graphics, is now optional.

The Passport still shares its 280-horsepower, 3.5-liter V-6 comes with the Pilot, along with a 9-speed automatic. The Passport’s better at muting that road and tackling gentle curves than the Pilot with a well-damped ride; it’ll clamber over Moab’s red rocks without too much agita, but it’s happier getting to the trailhead than it is picking its way over the trail. Front-wheel drive comes standard on most trim levels, with AWD optional on all except for the TrailSport and Elite.

Feature updates are minimal. Rear seat/seat belt reminders are now standard and EX-L models add a wireless charging pad. Honda grants Pilot-like space to five people in the Passport; rear seats and rear-seat space are especially good, as is storage inside the Passport’s center console. The front seats could use more shape, but the expansive cargo hold maxes out around 78 cubic feet; if you can fill it for a weekend jaunt, you’re probably on the tiny-house vector and just don’t know it yet.

How much does the 2022 Honda Passport cost?

Pricing details for the 2022 Passport have not yet been released.

Where is the 2022 Honda Passport made?

The Passport will be produced alongside the Pilot, Ridgeline, and Odyssey at Honda’s plant in Lincoln, Alabama.