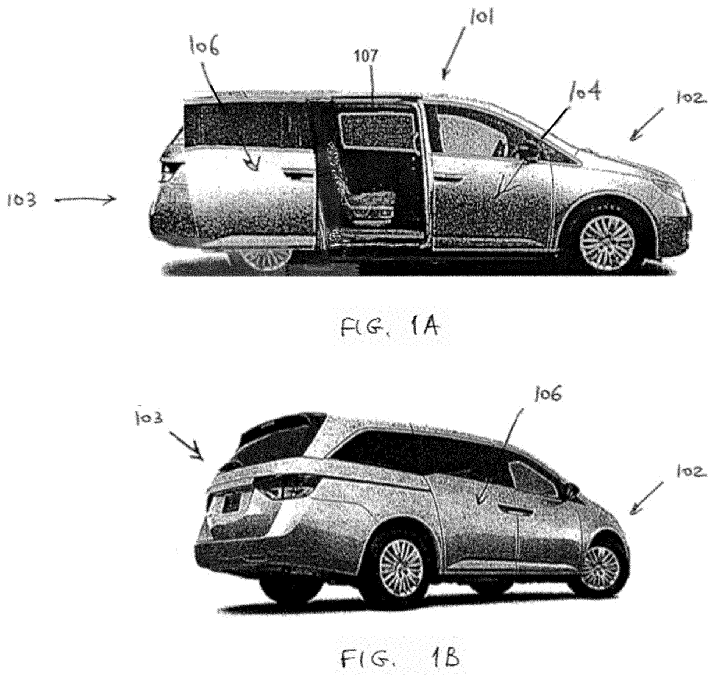 Rivian has filed a new patent that describes a dual guide rail sliding door that would be perfect for a minivan. The design is driving speculation that Rivian could be on its way to develop the market’s first electric minivan just after it produced the industry’s first production version of an all-electric pickup truck.

The patent is entitled “Automotive Vehicle Sliding Side Door with Dual Guide Rail” and shows a minivan design door that operates similarly to a traditional one. The abstract of the patent states:

The patent was first spotted by members of the Rivian Owners Forum.

The design is similar to that of a regular sliding van door. However, instead of the opening being limited to where the rail ends, the rail extends well past the rear of the car. The additional opening would be beneficial for a number of reasons, including the entrance of handicapped passengers.

Tesla CEO Elon Musk recently hinted toward the introduction of a Robo Van that the company may bring to the market eventually. Musk stated on an internal call with Tesla employees that the van would likely assist people with disabilities. Musk also talked about the possibility of a Tesla van during the Q4 2020 Earnings Call in January, where he stated that the company “is definitely going to make an electric van at some point.”

Rivian and Tesla are likely both several years away from developing this van as both companies have projects in the pipeline. However, an electric minivan could be an excellent addition to the all-electric lineup of vehicles currently available on the market.

The full patent is available below.

Rivian develops a sliding door patent, hinting toward a minivan