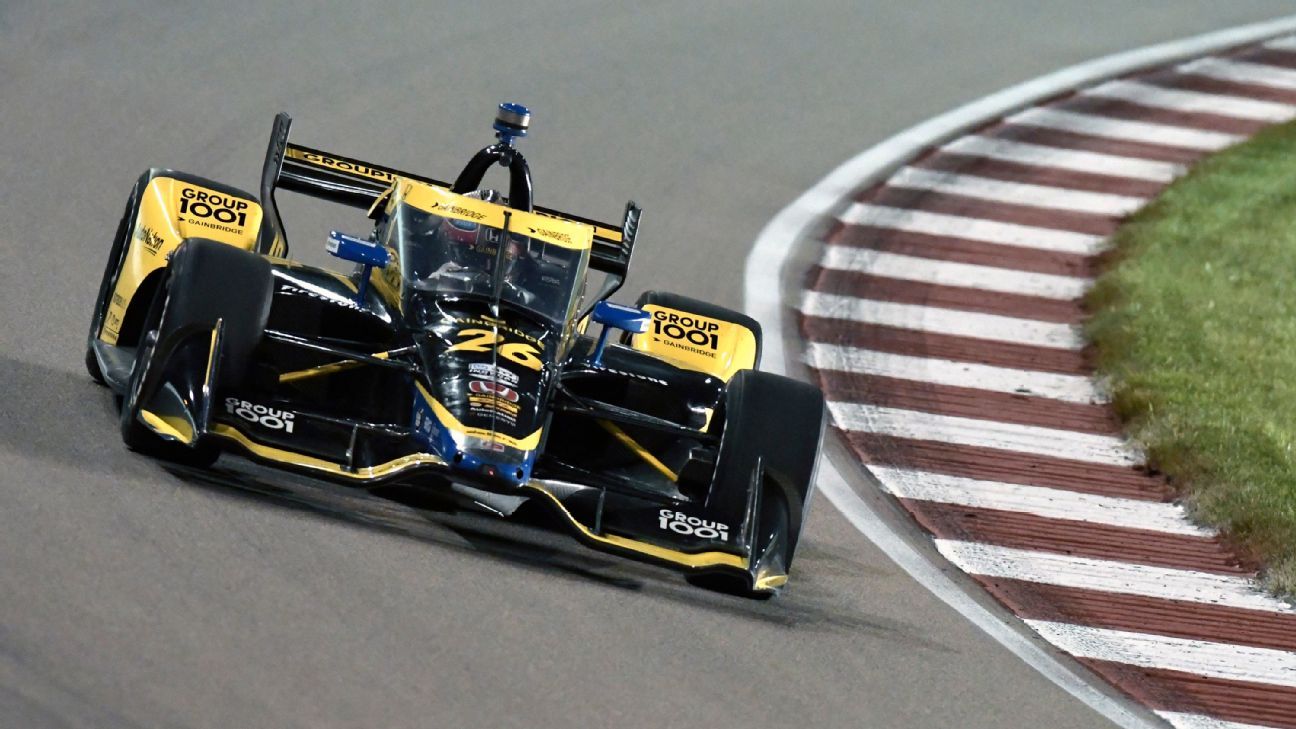 MONTEREY, Calif. — Colton Herta won the pole at Laguna Seca and will try Sunday to tie his father as a two-time winner at the rolling California road course.

The win would actually give him the family throne on the overall victories list.

Herta won from the pole in 2019 when Laguna Seca returned to the IndyCar schedule. The race was canceled during the pandemic last year but returned this weekend as the penultimate race in the IndyCar championship.

Although Herta is not a title contender, Laguna Seca is a special track for the California native and his family. This weekend marks the 25th anniversary of the legendary pass Alex Zanardi made on Herta’s father, Bryan, in the corkscrew of the 11-turn, 2.258-mile permanent road course.

That pass has become one of the track’s most indelible moments and made Laguna Seca synonymous with the Herta’s. Two of Bryan Herta‘s four career victories came at Laguna Seca, in 1998 and 1999.

Colton Herta turned a lap at 1 minute, 10.7994 seconds Saturday to win his third pole of the season, seventh of his career. He has four career wins, including three that came from the pole, and will seek to pass his father in the victory column with a fifth win on Sunday.

“I think the goal is to beat everybody on wins,” Herta said. “But I think a lot of people respected [Bryan Herta] and thought he was a really great driver. So when you can pass somebody like that on career wins, it definitely means a lot.”

Herta will start alongside Andretti Autosport teammate Alexander Rossi, who last week earned his first podium finish of the season.

Will Power will start third because he was dropped behind Rossi by IndyCar race control for a violation during the Fast Six round of qualifying.

“Sometimes in life I wish you could decline penalties because I’d rather start third than second,” Rossi said. “We think we have a good shot at it, we’ll just wait and see what [Sunday] brings.”

The championship contenders were next as only points leader Alex Palou and second-place driver Pato O’Ward advanced to the final qualifying round. Palou qualified fourth and O’Ward was sixth. Oliver Askew was sandwiched between them in his tryout for an open seat at Rahal Letterman Lanigan.

Marcus Ericsson and Scott Dixon just missed out on advancing to the final round and the Chip Ganassi Racing teammates will start seventh and eighth. Palou leads the Ganassi stable in the standings with a 25-point lead over O’Ward.

Ericsson, who sits 75 points out and ranked fifth, pretty much conceded the championship “is probably too far ahead” for him to win.

“We’ve had a good car all weekend and we can definitely fight from there,” said Ericsson. Dixon is 49 points behind Palou but wasn’t bothered by his qualifying effort.

“It is what it is,” said Dixon, a six-time and reigning champion.

With five previous starts at Laguna Seca in an Indy car and a sixth race in a sports car, Dixon is the most experienced driver at the track in the 27-car field.

Palou has never raced at Laguna Seca, and O’Ward has five starts in junior categories. But through two days of practice and then qualifying, Palou seemed to have the patience and precision for the track, while O’Ward had several spins.

O’Ward has said the championship is Palou’s to lose.

Asbury spends $2.7M in Q4 pursuing ‘significant’ but unconsummated acquisition
Toyoda set to remain a force at Toyota, even as he bows out
GM smashes expectations and guides toward a strong 2023, despite margin squeeze
SpaceX installs rocket-catching arms on Starship’s Florida launch tower
Ford announces F1 return for 2026