Edd China, formerly of Wheeler Dealers, is a big fan of an unusual car. The mechanic has been known to drive on a couch, but as it turns out, he also loves to drive around in an orange.

The Amazing Outspan Orange, as he calls it, was pulling to the right as a result of a bad repair following a previous accident. Forced to do a little bit of fabrication to install a new suspension mount, the job of adjusting it all so that it comes back into whack was next.

Without any lasers or high-tech tools, China teaches you how to adjust the suspension on a car, fixing the orange’s camber and castor to make it drive properly. It shouldn’t come as a surprise that the process is a complicated one, but it’s one that he reassuringly talks you through in this video.

Read Also: This Is What Fooling Around In Edd China’s Driveable Sofa Feels Like 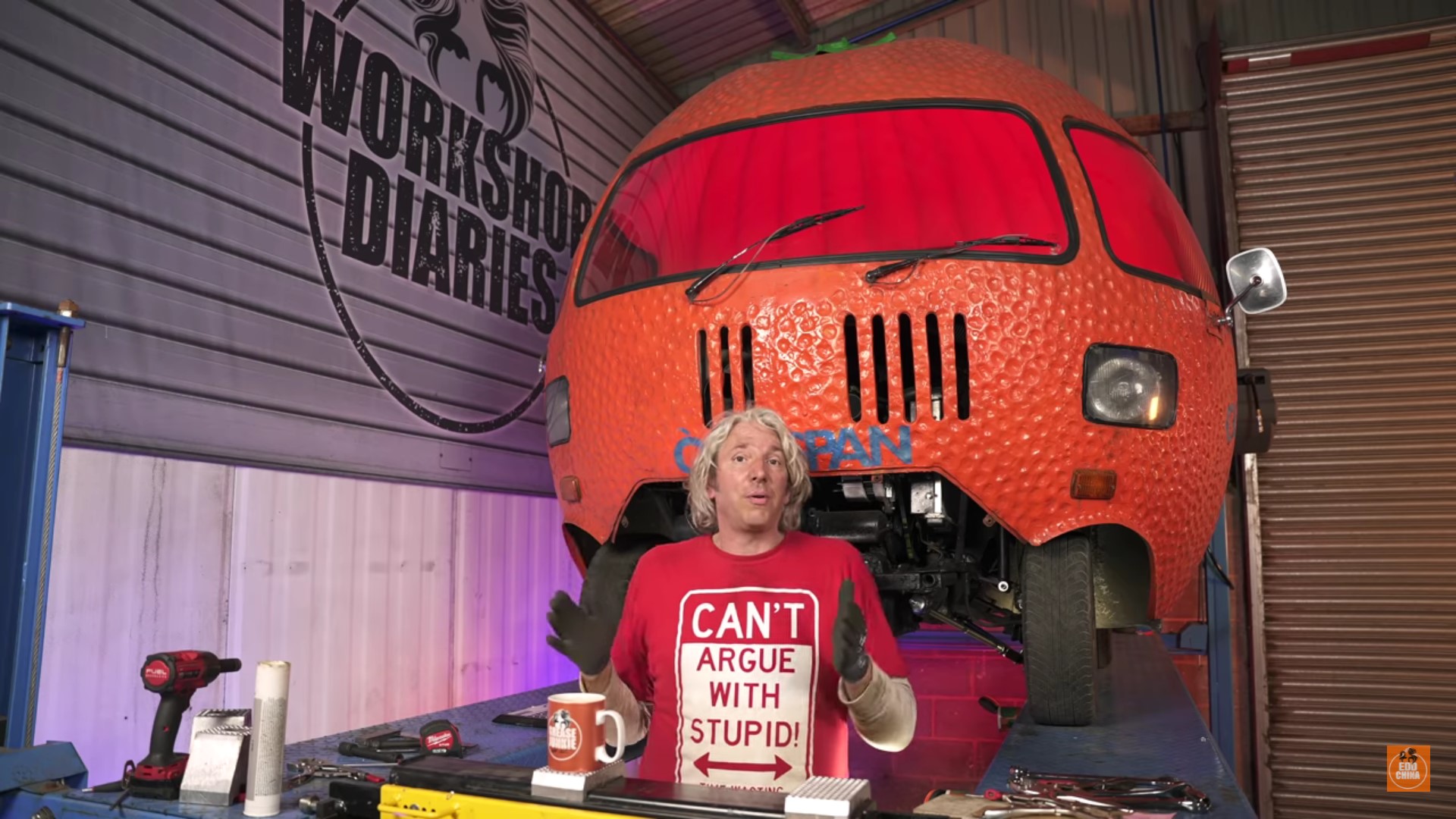 After all his work, the result is a bizarre car that goes down the road in a straight line when you let your hands off the wheel. According to China, it’s the first time in more than a decade that the car tracks true, making this a momentous occasion, indeed.

A deeply unusual vehicle, the Amazing Outspan Orange looks a bit small for the giant Edd China and attracts the attention of all and sundry when it drives down the street. He reports, though, that now that the steering is fixed, you can feel the “go kart-y nature” of the car.

“It’s got a fantastic ability to zip around slaloms and all kinds of mad little tight corners,” says China. Frankly, I envy the man and his orange.