If you love dogs and obscure automotive history, you’re in luck as Volkswagen is regaling us with the story of how they inadvertently inspired one of the most popular dog toys on the market.

The story begins in 1970 at an auto repair shop owned by Joe Markham. Located in a rough area of downtown Denver, the shop was prone to being burglarized so Markham thought about getting a guard dog after police denied his request for additional patrols.

As fate would have it, the mechanic knew of a German Shepherd in need of a new home. Markham adopted the dog, known as Fritz, but was cautioned about his “excessive chewing” which caused him to be rejected by the police academy’s canine division. 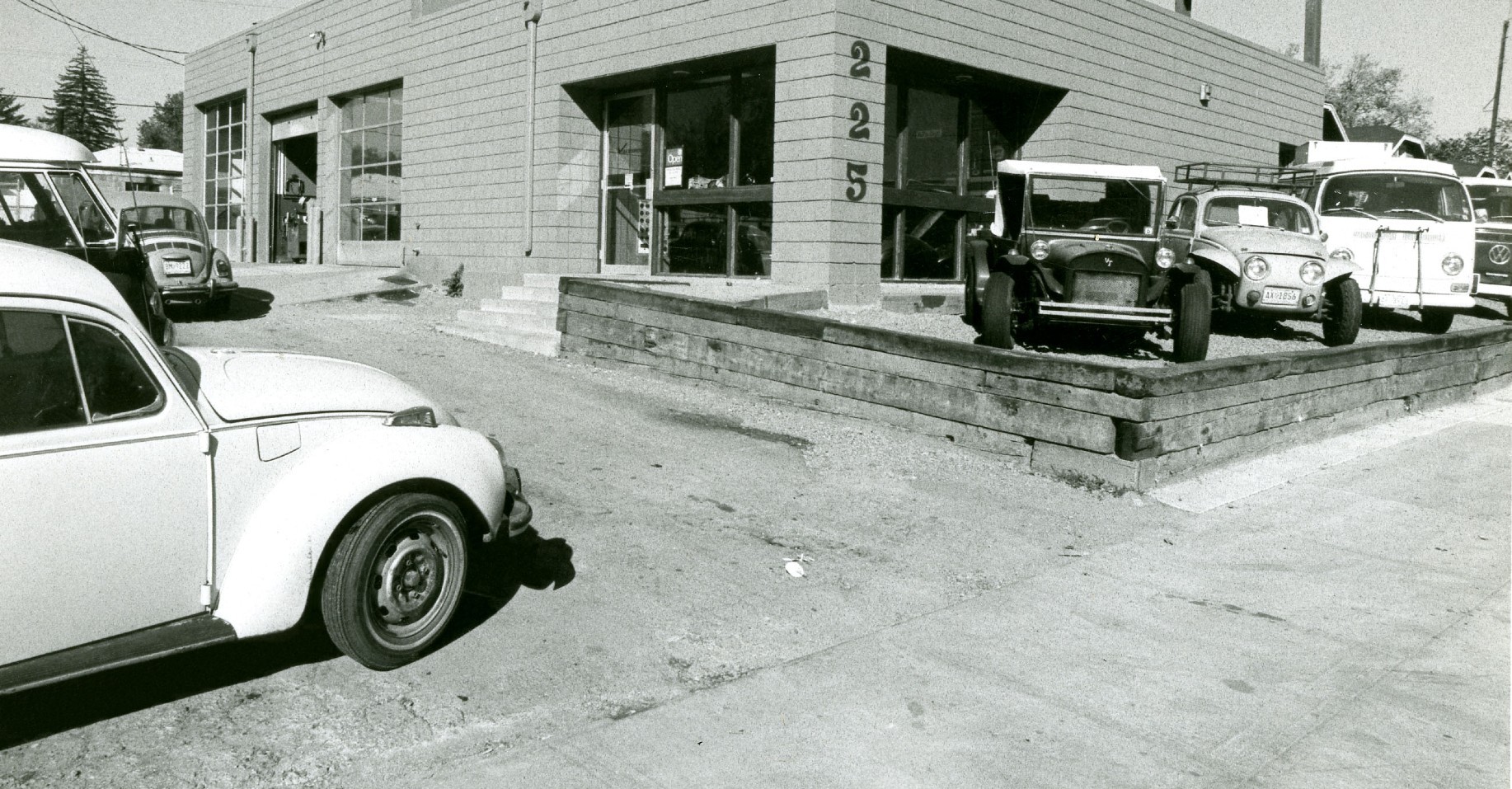 Everything was going good, but the previous owners weren’t kidding about the chewing habit as “Fritz would chew on anything he found, but he especially liked rocks.” As the owner of a dog who also likes to chew and eat rocks, I can tell you this isn’t a good thing and the sound of rock on teeth will have you yelling “Drop it” at lightening speed.

In Markham’s case, he “tried everything from animal bones to radiator hoses attempting to curb the dog’s behavior.” Nothing worked as Fritz would simply chew through those and eventually go back to rocks. That all changed one day, when Markham was working on a late 1960s Volkswagen Type 2 Bus and heard Fritz “going crazy.”

Curious to see what was going on, Markham checked on Fritz and saw the dog had gotten ahold of a bulbous rubber axle stop. While Fritz chewed and chewed, the axle stop survived thanks to its pliable rubber, which was strong enough to endure the repeated chewing while also being soft enough not to damage his teeth. 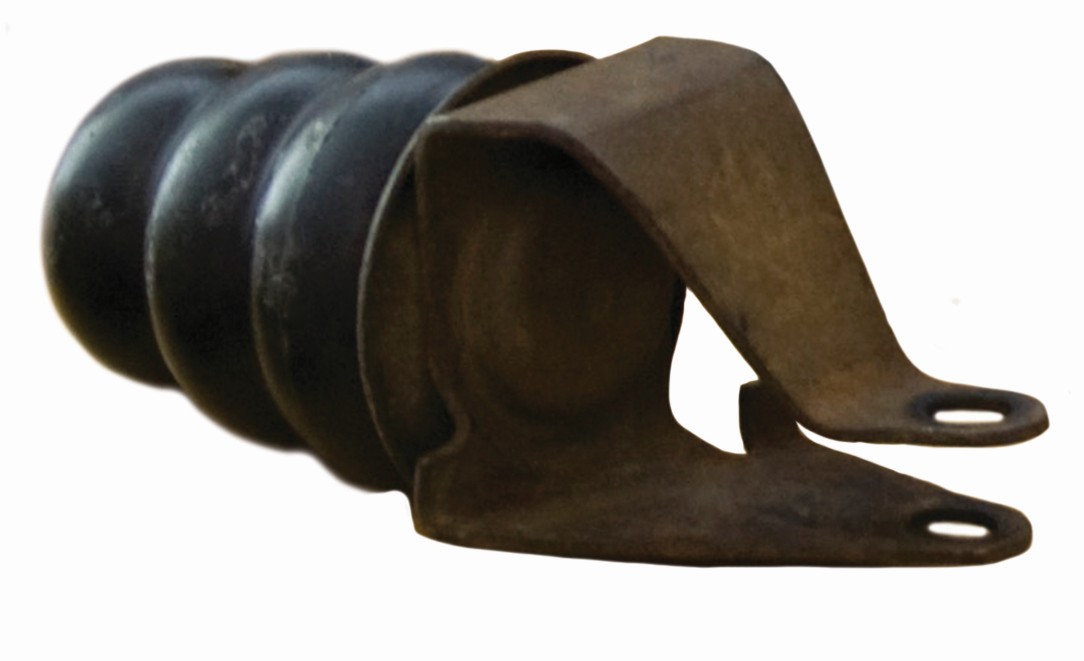 Markham recognized a good idea when he saw it and spent the next six years perfecting the “rubber composition, size and shape” of what would become the KONG Classic Dog Toy. He even tried to contact Volkswagen to buy the parts in bulk, but couldn’t reach the right person so he turned to rubber experts in Germany to develop something a bit more suitable for dogs.

The resulting product closely resembles the axle stop, but has a rounder and more closed top. This helps the toy to bounce more when thrown and this simulates an “animal trying to escape a predator,” which is something that dogs love.

With the product perfected, KONG sales started in 1976 and millions have been sold since then. The company’s lineup has expanded to include everything from stuffed toys to treats, but the KONG Classic remains a must have for many dog owners. 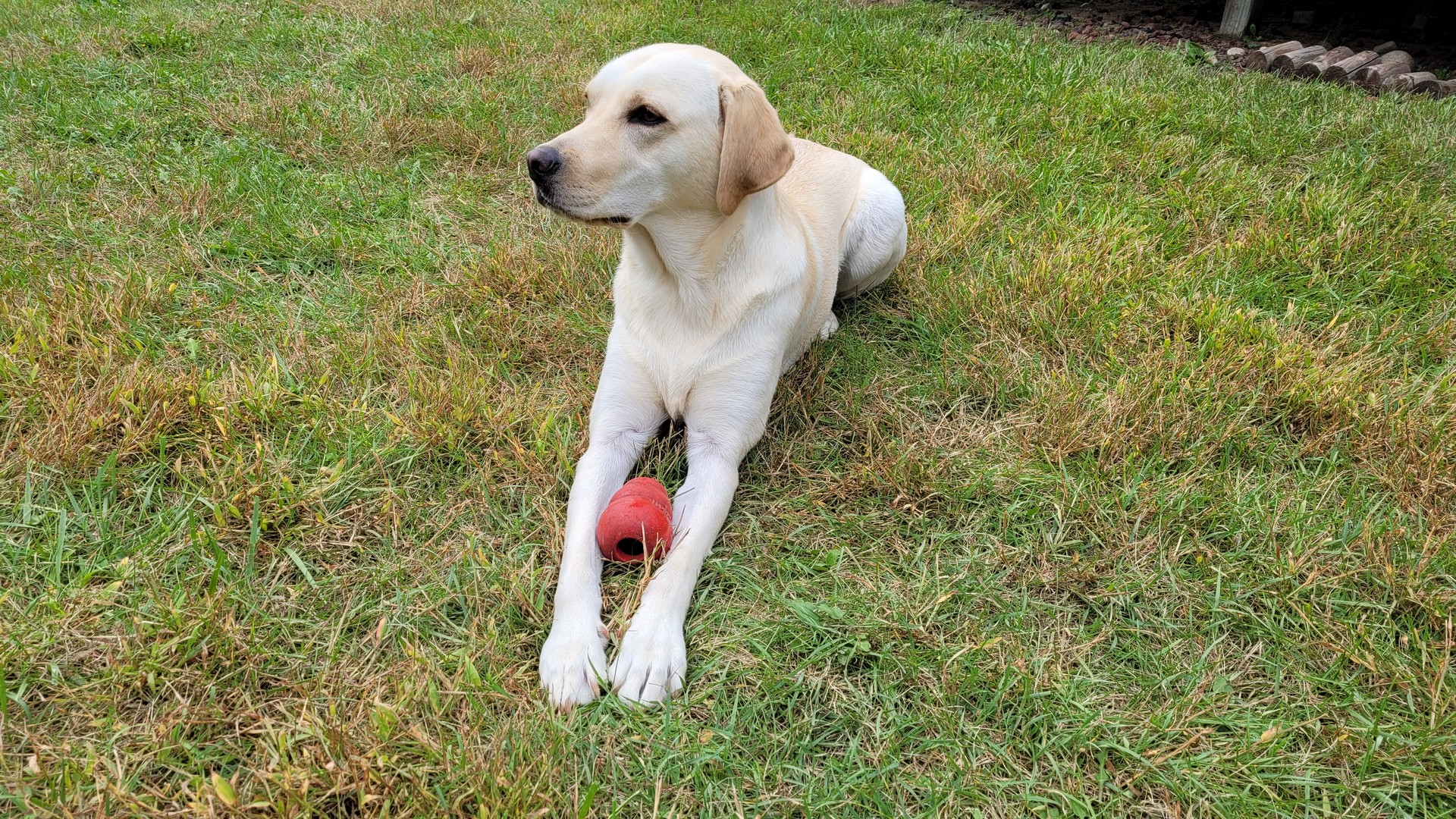 Editor’s dog posing for her 15 minutes of fame