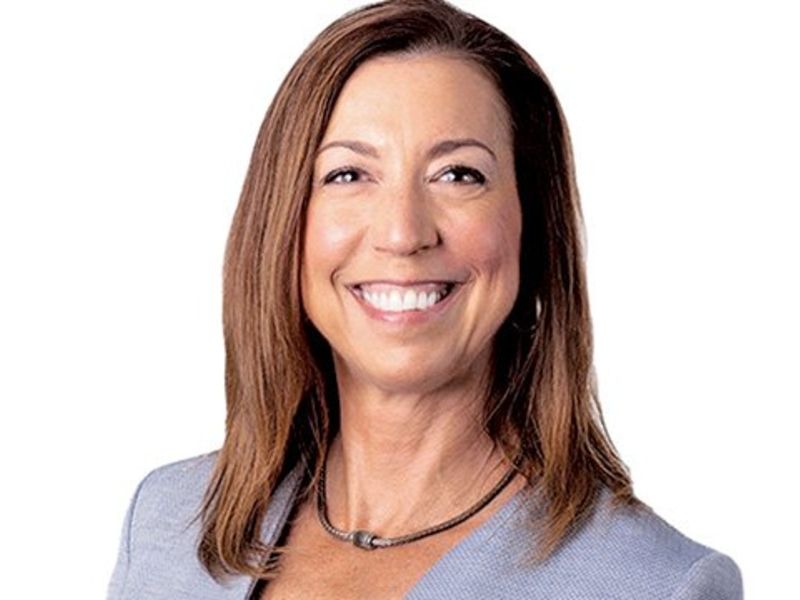 It was just 10 years ago when the Chrysler brand starred in one of the most memorable ads in automotive history.

Rapper Eminem touted the 200 sedan amid an inspirational narrative celebrating Detroit’s resilience during a time of economic turmoil.

It was a story of resurgence.

Today, Chrysler could use some of the hopeful energy that emanated from that Emmy-winning Super Bowl spot — and it has a new leader at the helm who dealers hope can shift the product-starved brand’s fortunes in the Stellantis era.

Christine Feuell, a former global marketing strategist at Ford, took over as CEO of Chrysler last week. She has the task of reviving a brand that has been relegated to the declining minivan and large car segments for years as consumers gravitated to crossovers instead.

Some dealers see the move as a sign that Stellantis will give Chrysler the care — and investment — it needs after years of uncertainty about its future.

“I think it shows they’re focusing their attention on what’s important to them,” Nick Grava, marketing and sales director for Grava Chrysler-Dodge-Jeep-Ram-SRT in Medford, Massachusetts, told Automotive News, a sister publication of Automotovie News Europe. “It’s going to take the full attention of someone to really give it the dedicated space to really expand and find its footing in the market.”

She most recently was chief commercial officer at Honeywell Intelligrated after holding marketing leadership roles at seating supplier Adient and Johnson Controls. Feuell is the first woman to run one of the Fiat Chrysler Automobiles brands since Laura Soave’s brief stint as North American head of Fiat ended in 2011.

Kelleher said the hiring shows that Stellantis is serious about the brand, which was the only one of 14 brought together by the January merger of Fiat Chrysler Automobiles and PSA Group not given a permanent CEO. Chrysler’s interim chief, Tim Kuniskis, remains CEO of the Dodge brand.

Kelleher is eager to hear Feuell’s vision for the storied marque, which saw its U.S. sales plunge 83 percent from 2005 through last year. In the first half of this year, Stellantis sold about seven Jeeps and six Rams for every Chrysler.

“I hope that she has been given the charge and the resources to go ahead and find out what could be done, because one thing that they are inheriting is a brand with positive name recognition,” Kelleher said. “Chrysler has DNA in the culture of America, so people will respond well if we give them good products.”

Stellantis CEO Carlos Tavares has said the automaker is affording each of its brands a 10-year window to execute a business plan.

Part of the agenda for Chrysler is expected to include an electrified crossover that would share a platform with the Dodge Charger and Challenger and be built alongside them, according to AutoForecast Solutions.

“That is exactly the kind of innovation that I think they would have to come up with,” Scott Ritter, general manager of Planet Dodge-Chrysler-Jeep-Ram in Miami, said of a potential Chrysler crossover.

FCA recalibrated in the years after the famous “Born of Fire” Super Bowl ad, moving away from cars to instead focus on Jeep SUVs and Ram pickups.

This left Chrysler’s product line with little to offer. At this point, the brand is down to the aging 300 sedan, which has seen few updates in recent years and is expected to go out of production in 2023, the Pacifica minivan and its fleet-only variant, the Voyager.

Ritter said the brand has languished and that he has been in the dark on its future.

Chrysler will need to pivot, Ritter says, but he believes Stellantis has the track record to revitalize it if resources are properly allocated.

He said Dodge is a prime example of a strong brand makeover. Dodge did well by repackaging older products and being creative, he said. Making Ram its own brand and building it up was another success story.

Looking back, he understands why former FCA CEO Sergio Marchionne pulled back on cars. The company realized early on that it could not make money on the midsize Chrysler 200 and compact Dodge Dart, Ritter said, and had to cut its losses.

Ritter wants to see what Stellantis is willing to invest in Chrysler and what segments it thinks it can go into and grab market share.

Grava thinks Chrysler lost its footing and does not have as clear an identity as Dodge, Jeep and Ram, brands that were able to define who their buyers are.

Although the large sedan market has withered, Grava thinks Chrysler can still operate there in the future and pursue what he calls the “luxury blue-collar” crowd. He said he has noticed that 300 buyers tend to be loyal, often turning in an older model for the latest version.

He also wants Chrysler to consider a larger utility vehicle that does not compete with Jeep and can draw consumers who do not want a minivan. He thinks an entry-level car with ample technology can broaden the brand’s appeal among younger shoppers.

Rhodes is not affiliated with the company, but he has made it his mission through the years to reach out to executives to make his case about the importance of the brand that bears his family’s name.

He hopes Chrysler can find its niche and said Feuell has a tough job ahead of her.

Rhodes sent Feuell a supportive note after her hire and asked her to bring the brand back to life. He was excited to get a quick response from her.

“I have been following Chrysler for so many years, and they have like nine lives,” said Rhodes, an automotive history buff who owns a furniture company in Chestertown, Maryland. “You get all these good things happening and then suddenly it changes. I am hoping this is a change for the best.”