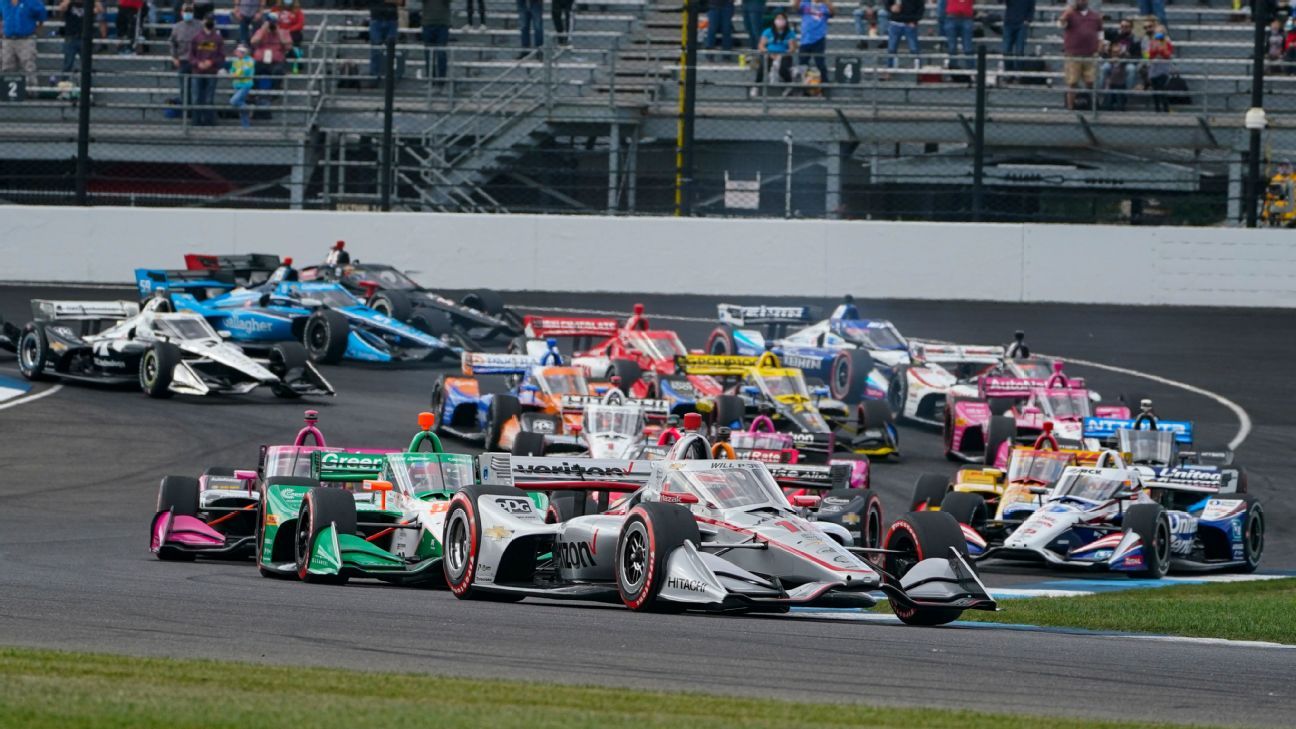 MONTEREY, Calif. — IndyCar’s extended partnership with NBC Sports yielded an additional bonus for next year’s schedule, which was already earmarked to air a record number of races on network broadcast.

The three-year extension announced with the network in July touted a record 13 races on NBC. That number was expanded to 14 on the 17-race schedule released Sunday by IndyCar ahead of its race at Laguna Seca.

The permanent road course will host next year’s finale on Sept. 11, a full two weeks earlier than this season ends. IndyCar concludes its 2021 season next Sunday in Long Beach.

Long Beach will return to its traditional date in April next season, which will start in February for the first time since 2004. The Feb. 27 opener on the downtown streets of St. Petersburg, Florida, is a week after NASCAR’s season-opening Daytona 500 and the earliest start for the IndyCar Series since 2003.

The opening race is the first of six consecutive IndyCar events scheduled to air on NBC. Two races — the June event at Belle Isle in Detroit and August race outside of St. Louis — will air on USA Network. Belle Isle will be the week after the Indianapolis 500 on May 29 and host just one race rather than a doubleheader.

Toronto returns to the schedule after a two-year absence because of the coronavirus pandemic, and the July 17 race is the one event that NBC has picked to stream exclusively on Peacock. Although all 17 races will be available to be streamed on Peacock, the Toronto race will be available only via streaming.

Texas Motor Speedway remained on the schedule despite gripes recently over IndyCar’s compatibility with the traction compound used to treat the track for NASCAR. The race moves to March, though, and is a crucial oval event ahead of the Indy 500.

Long Beach’s move to April 10 earned the event its first spot on network television in 15 years. Mid-Ohio Sports Car Course maintained its slot on the Fourth of July holiday weekend and will host IndyCar for the 38th year.

More than half of the events on the 2022 schedule have been on the calendar for 19 or more years. Iowa is one of the fairly new events, but its July doubleheader puts it back on the calendar after a one-year absence.

“This calendar provides a level of balance between temporary street circuits, road courses and ovals, and that variety and required versatility from our drivers are important, distinguishing attributes of IndyCar racing,” said Mark Miles, President and CEO of Penske Entertainment Corp. “The continuity among our events and the growth in the number of teams showcase our strong positioning and continued momentum.”