The Chevrolet Camaro may no longer be selling in the numbers it once was, but it is still a very well-rounded performance car. It is also a very popular car to customize but the owner of this particular example has perhaps gone a little overboard with its custom features.

This photo was recently shared to the Shitty_Car_Mods section of Reddit after the car was spotted somewhere in North America. It is painted in a shade of red but the owner decided to paint the hood and roof black. However, it’s not these parts that drew our attention.

For starters, this Camaro features hugely flared front and rear wheel arches that sit out well beyond the edges of the wheels. Were the wheels to fill these arches, they wouldn’t look so bad but they don’t even come close. A truly bizarre front splitter has then been affixed to the front of the Camaro which protrudes out at least a foot from the front bumper.

In fact, the splitter is so massive that it features additional supports securing it to the front of the muscle car. The size of it even led the original poster to suggest that it looks more like a snowplow than it does a Chevy Camaro – and we’re inclined to agree.

Rounding thins up is a rear wing that, obviously, is anything but subtle. To our eyes, it all looks way OTT, but what do you make of this rather unusually modified Camaro? 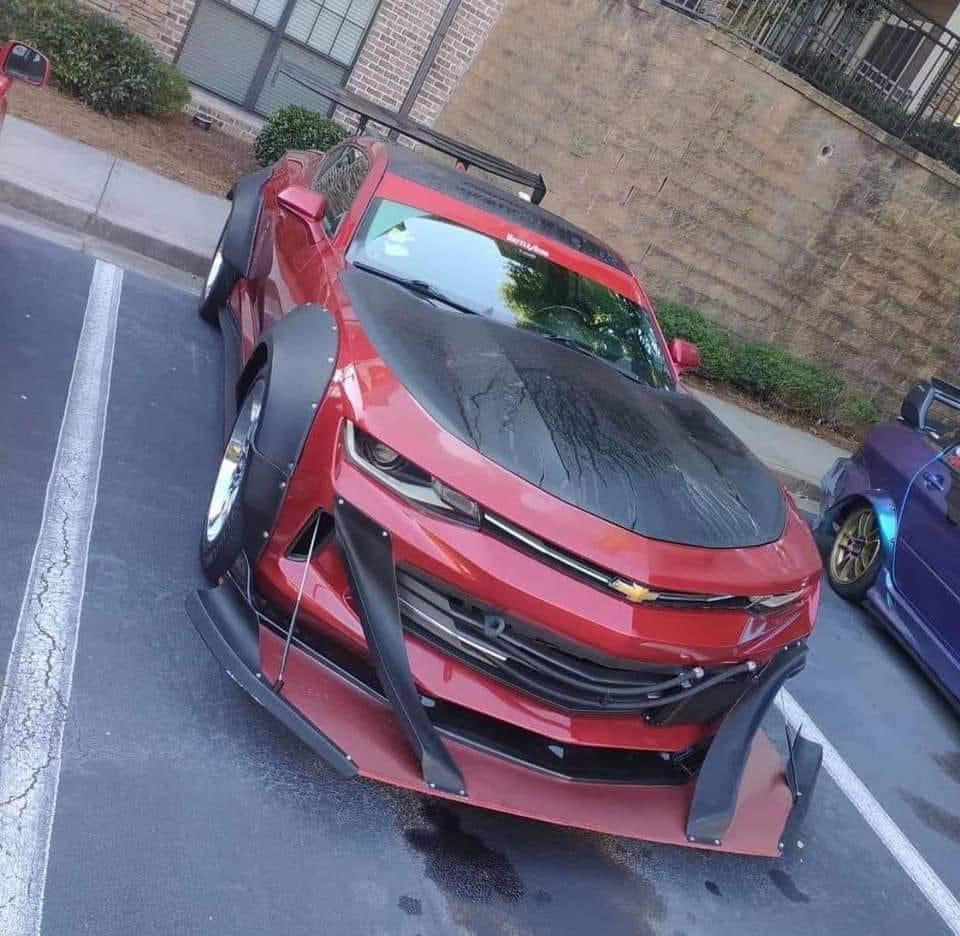 Tesla just had its best week since May 2013
Tesla reports record revenue and beats on earnings
Alfa Romeo appoints Alunni Bravi as team representative
Elon Musk says a Chinese automaker will likely be second to Tesla: ‘They work the smartest’
Mobileye expects smooth ride in 2023