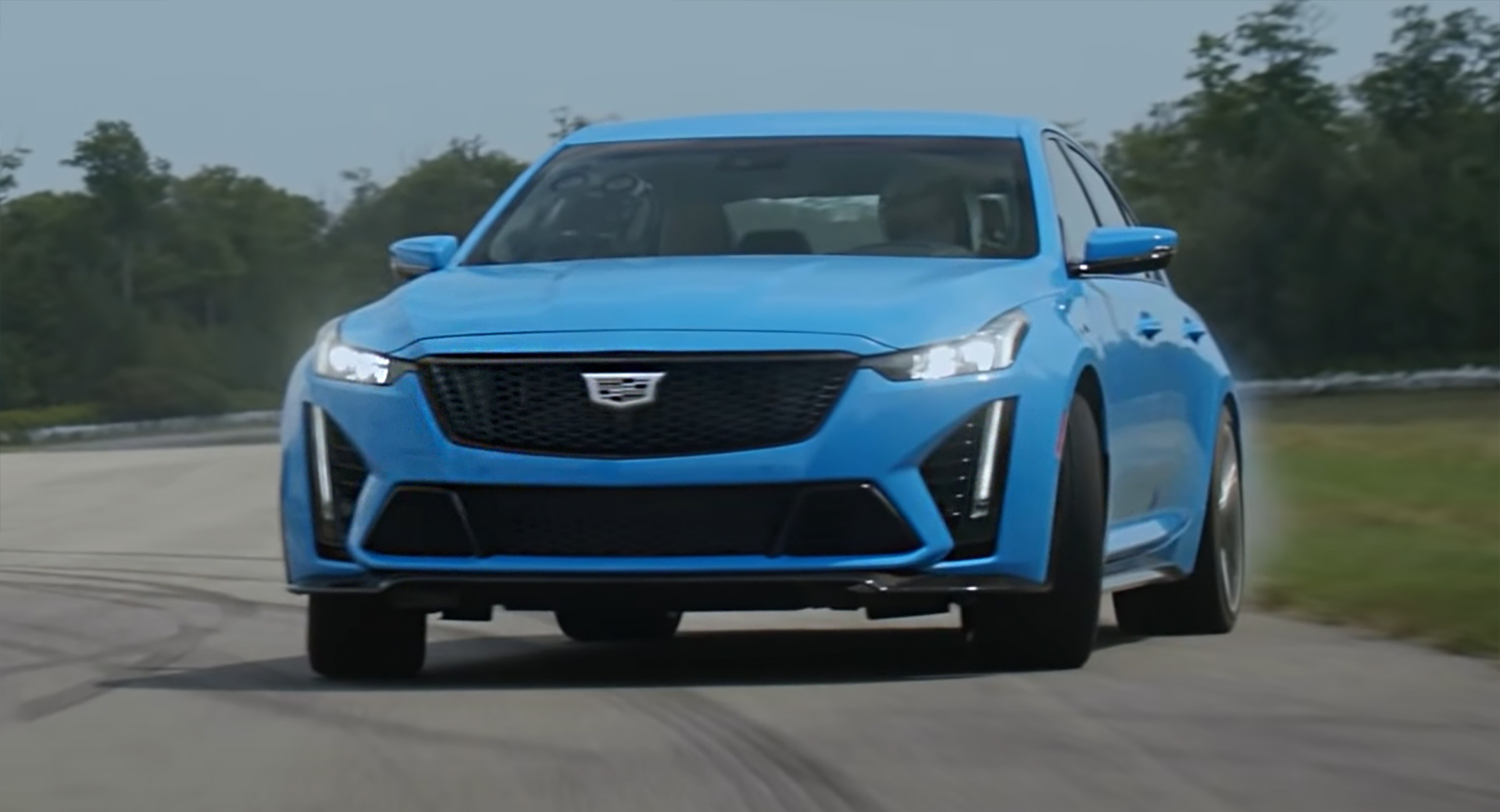 When Cadillac unveiled the CT5-V Blackwing, it was one of the few cars that was met with an almost entirely positive reception. But as nice of a car as it is, we’re likely witnessing the last of a dying breed: the proper V8-powered American sports sedan.

Sure, it has a supercharged 6.2-liter V8 that makes 668 hp (677 PS / 498 kW) and 659 lb-ft (893 Nm) of torque, but what really sets the Blackwing apart from its rivals is the fact that it can be had with three pedals. The interior also very nice for what it is, but not as nice as the Germans, although that’s to be expected given how much cheaper the Cadillac is. Curiously though, the car doesn’t say Blackwing anywhere on it except for a tiny tag on the seat bolster stitching, which is unusual seeing as how they’d likely want to differentiate it from the much cheaper and less capable non-Blackwing CT5-V.

On the road, while it is a sports sedan, the CT5-V Blackwing is calm and composed when you want it to be thanks to its MagneRide suspension. In fact, Throttle House said the most vibrations they felt in the cabin were through the shifter, which was actually an inadvertent compliment to its connectedness. Its character was described as exciting but not intimidating – the engine is powerful but predictable, the shifter is direct but easy to use, and the clutch is springy but readable.

Moving to the track, it was described as having the same raucous but refined nature of something like the Mercedes-AMG E63S. The supercharged V8 roars, but not obnoxiously so, while the incredible chassis tuning allows the car to defy its weight. They noted it had a bit more understeer than expected, but nothing that couldn’t be solved with some throttle-induced powerslides. In the end, given that it has to adhere to a specific price point, the CT5-V Blackwing might not be the fastest or the most precise, but it’s one of, if not the most, fun to drive amongst the competition.

VinFast Admits Offering Cash To Matt Farah After Mistaking Him For An Influencer
A Bunch Of Tesla Semis Were Spotted At Frito-Lay’s Site In Modesto
A Rivian Driver Accidentally Shifted Into Park At Highway Speeds, Here’s What Happened
Video Shows UK Driver Ramming Police Officer On Motorcycle
First 2024 GMC Hummer EV SUV Sells For $500,000 At Auction