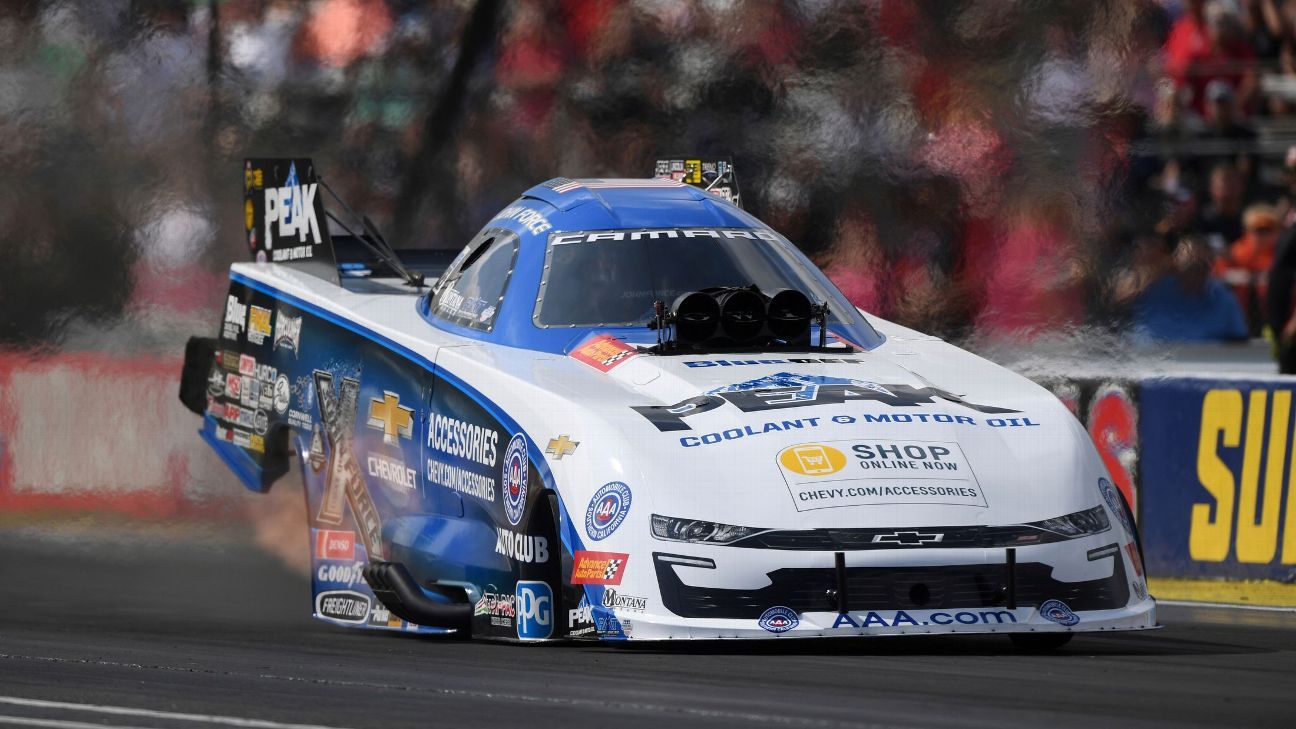 The 72-year-old Force’s run of 3.860 seconds at 332.18 mph in his Chevrolet Camaro on Friday held up, for his third No. 1 qualifier of the season. His daughter, Brittany, joined him at the top in Top Fuel, marking the fifth time they have swept the No. 1 spots.

“It’s going to be tough, but it feels really good for my guys and we’ll see how it goes tomorrow,” said John Force, the season points leader. “I love to see Brittany do well. She’s got a lot of my personality. She’s a good racer and I’m proud of her. It’s exciting for me to watch her excel. It’s Countdown time and now it’s time to show your stuff. There’s five, six cars [in Funny Car] that can take the lead and we’ll see how it goes.”

Aaron Stanfield was the fastest in Pro Stock, and Steve Johnson topped the Pro Stock Motorcycle lineup in the second race in the Countdown to the Championship playoffs.

Ford recalls more than 462,000 crossovers globally for faulty rearview cameras
Would You Pay $3,790 For A Maybach Jacket Or $490 For One Of Its New Hoodies?
Toyota CEO and President Akio Toyoda to step down
Tesla Q4 net income surges 59%, but slower growth expected in 2023
Pour One Out For The First Known 2023 GR Corolla Crash