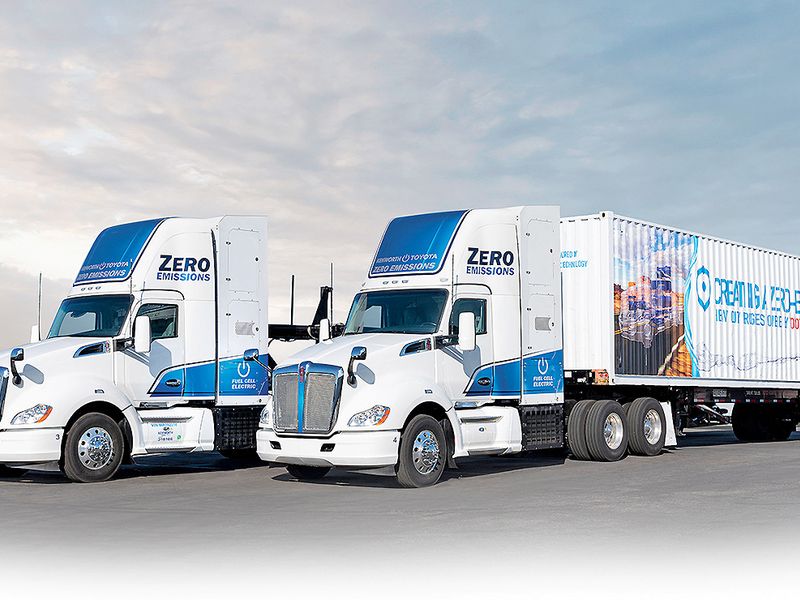 TOKYO — Japan’s auto industry is warning that the government’s push for carbon neutrality could cost the country millions of jobs and millions of units of lost vehicle output.

The doomsday scenario was floated this month by Akio Toyoda, in his role as chairman of Japan’s automaker association. He attacked what he sees as potentially overzealous green manufacturing goals as unsustainable.

The Japanese government’s road map, which aims to slash the nation’s greenhouse gas emissions by 2030 on the way to net carbon neutrality by 2050, should be better tailored to the reality that Japan’s economic lifeblood is rooted in manufacturing, he said.

Toyoda, who is also president of Toyota Motor Corp., the world’s biggest automaker and a corporate flagship of Japan Inc., said a knee-jerk shift to electric vehicles could undercut Japan’s industrial base and that the country needs a wider, more creative approach to carbon reduction.

“Japan is an export-reliant country,” Toyoda said at a regular meeting of the Japan Automobile Manufacturers Association. “Thus, carbon neutrality is tantamount to an issue of employment for Japan. Some politicians are saying that we need to turn all cars into EVs or that the manufacturing industry is an outmoded one.

“But I don’t think that is the case. To protect the jobs and lives of Japanese people, I think it is necessary to bring our future in line with our efforts so far.”

Japan’s auto industry produces about 10 million vehicles a year domestically, about half of which are exported, Toyoda noted. Even in 2030, he said, forecasts project that domestic plants would still be making some 8 million vehicles a year equipped with combustion engines, including hybrids and plug-in hybrids. If those are legislated out of existence, it means a big hit.

Japanese automakers, Toyoda said, will have little choice but to send production of such vehicles to the overseas markets where they are currently exported or end it entirely.

“This means that production of more than 8 million units would be lost, and the automotive industry could risk losing the majority of 5.5 million jobs,” Toyoda said. “If they say internal combustion engines are the enemy, we would not be able to produce almost any vehicles.”

Both in his role as industry spokesman and as Toyota president, Toyoda has been an outspoken, if somewhat solitary, voice for moderation and flexibility in the pursuit of carbon neutrality.

He argues the path should be adapted to specific conditions in each country, with more freedom on which technologies are used to get there, as long as they lead to an overall reduction in carbon emissions.

His pushback comes as U.S. lawmakers consider aggressive new incentives to spur Americans to buy full-electric vehicles, an initiative with some provisions that Toyota and Honda, two hybrid vehicle champions, have openly opposed.

Toyota maintains that hybrid vehicles still have significant contributions to make toward carbon neutrality, even though they are equipped with internal combustion engines. Hybrids are more affordable than EVs and can penetrate markets where charging infrastructure is nonexistent. Plus, technical improvements make hybrids continuously cleaner.

By Toyota’s calculations, the 18.1 million hybrid vehicles it has sold cumulatively over the years have had the same carbon dioxide reduction impact as if it had sold 5.5 million battery-electrics — a level no automaker has come close to achieving.

Meanwhile, from an economic standpoint, using hybrids as a bridge technology toward EVs and zero emissions can help lessen the blow to jobs that make parts for engines and transmissions.

To give internal combustion an extra lease on life, Toyota has even begun developing engines that burn compressed hydrogen like gasoline, but with next to no greenhouse gas emissions.

“In achieving carbon neutrality, the enemy is carbon dioxide, not internal combustion,” Toyoda said. “To reduce carbon dioxide emissions, it is necessary to have practical and sustainable initiatives that are in line with different situations in various countries and regions.”

In Japan, about 40 percent of all cars sold are electrified already. But only a tiny fraction of them are EVs.

Through June, about 777,000 electrified vehicles were delivered in the country. But fewer than 8,500 were all-electric, and about 3,200 of those were from import brands. About 97 percent of all electrified vehicles sold were standard or mild hybrids, not including plug-ins or fuel cell vehicles.

Despite being Japan’s hybrid king, Toyota actually sold more than 500 EVs in Japan in the first half of the year — 497 Lexus UX 300e crossovers and 74 Toyota C+pod minicars.

Still, Toyoda faulted Japanese policymakers for trying to copy and paste EV-centric policies adopted in Europe, where automakers were slow to develop hybrid technology in the first place.

“The Japanese government has come up with various targets, but those target figures are not decided in line with the actual situation in Japan, but rather in line with regulatory trends in Europe,” Toyoda said. “Every country should have its own approach to carbon neutrality based on their own different situations.”