In 1939, the world was full of ambition and excitement about Antarctic exploration. America wanted a slice of the pie and planned a mission that would feature one of the wildest vehicles ever designed.

The Antarctic Snow Cruiser was, in essence, a massive RV designed to allow a crew of five people to survive the frigid land’s extreme conditions for more than a full year while it explored previously unvisited parts of the continent.

Looking at the ASC now, it’s hard not to get swept up in the excitement of the time. Designed by Chicago’s Armour Institute of Technology, the vehicle got 10-foot-tall wheels made to be nearly indestructible and absorb the shock of the terrain. 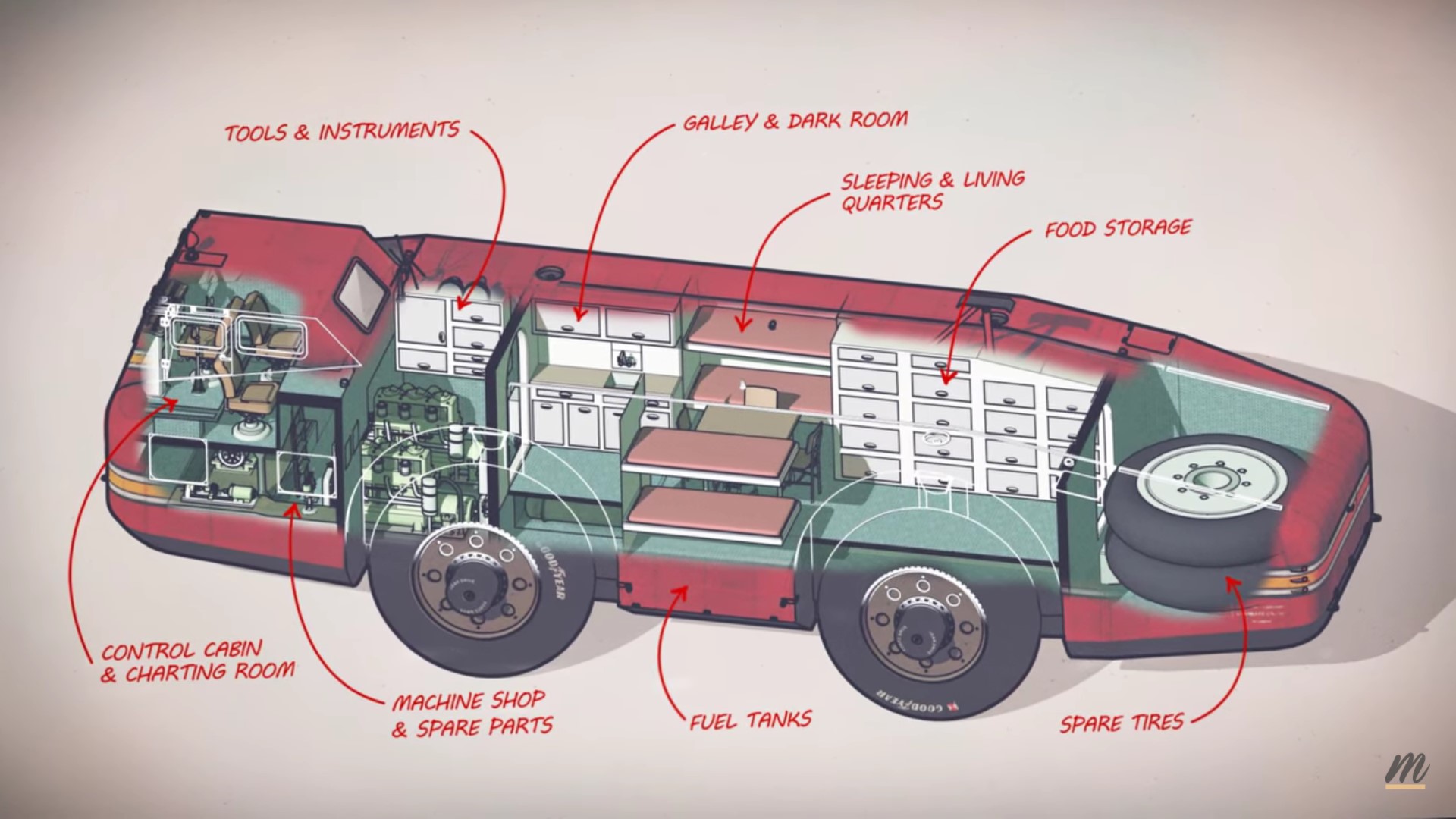 It also had massive overhangs, which look a little odd now, but were designed to work in concert with a hydraulic suspension that could lower the front or the rear of the vehicle to allow it to slide across crevasses of up to 4.5 meters (14.7 ft).

In order to travel for a year, the designers also gave it a surprisingly futuristic diesel-electric hybrid system. The engines were designed to operate solely as range extenders, while electric motors in the wheels actually moved the thing. The drivetrain was designed to be both fuel-efficient and to open more of the interior up to people, rather than driveshafts.

Unfortunately, it was rushed into production, and its drive from Chicago to the port in Boston ended up taking weeks longer than expected because its 75 hp (76 PS/56 kW) electric motors were just too weak for the heavy vehicle. It ended up causing a 70,000-car jam on its way into Boston, which was, at the time, the worst traffic jam ever recorded.

It did eventually make it to Antarctica, but the mission it was supposed to complete ended up being a flop and the ASC was parked permanently and used as a lab. Today, its location is unknown, which is a bit sad considering the wildly optimistic nature of the vehicle.