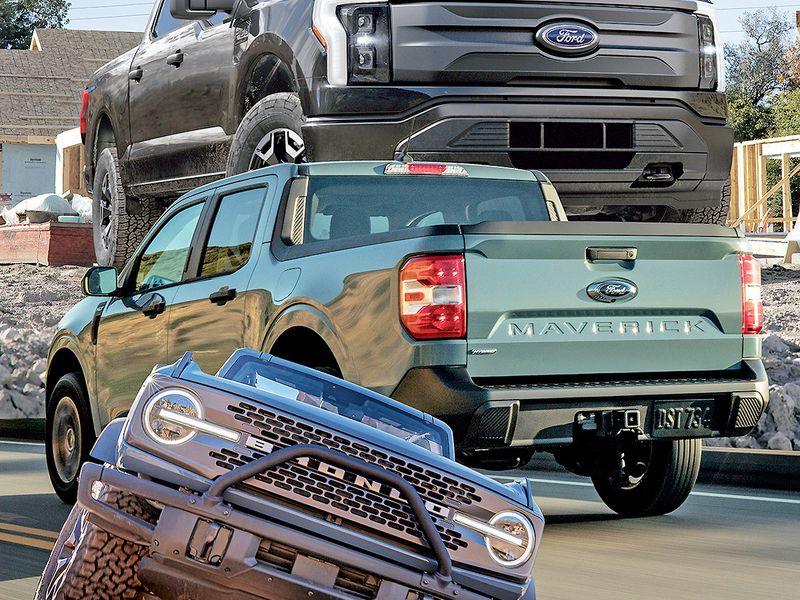 Tim Bartz, Internet manager at Long McArthur Ford in Salina, Kan., is something of a Ford whisperer.

When it comes to the nuances of ordering hot new vehicles such as the Maverick, Bronco and F-150 Lightning in the middle of the crushing semiconductor shortage, Bartz is in high demand by customers vying to get their vehicle orders built first.

Bartz, who also goes by the social media moniker #FordVideoGuy, has become a notable influencer on YouTube, Facebook and Reddit forums, providing critical information to buyers of the Maverick in particular as Ford ramps up production that began in early September.

“I noticed on the Maverick that I’m one of the few dealers putting out videos,” Bartz said of his YouTube fame. His top Maverick video — a deep dive on the features of the Lariat trim back in June — had generated more than 125,000 views for the Long McArthur YouTube channel as of mid-September. “On the Bronco, there were so many dealers that got excited about it and were putting out videos that mine just got thrown into the mix.”

Another top-performing video is titled, “PSA: Don’t order a Ford Maverick from these dealers,” where he warns about retailers adding big markups, demanding deposits not required by Ford and telling customers to get at the end of the line and wait for stock orders to arrive at dealerships.

Bartz personally has reserved a Bronco, a Maverick and an F-150 Lightning for himself and family members, so he has to go through the same process as his customers. Those three vehicles have generated hundreds of thousands of customer reservations and daunting waiting lists as Ford struggles with chip supply. He shares all the insider information he can with his social media followers, but his efforts have also landed him in some hot water.

Ford asked Long McArthur to take down a YouTube video in late August that showed dealership staff members doing an early test drive of the Maverick at a dealer event prior to the automaker’s official media launch. The video generated 22,000 views in 24 hours.

Bartz has done extensive early reviews of a Maverick loaned to the dealership by Ford, but driving impressions in general weren’t yet allowed by the manufacturer. His more recent livestream showing an F-150 Lightning at a separate dealer event apparently passed muster with Ford.

By offering extensive product information and key tips on how to move customer orders higher on the production list, along with free shipping, Bartz has helped draw more than 300 Maverick reservations to the Kansas dealership from as far away as Hawaii and Florida. That’s a big number compared with nearby dealers who might have a few dozen orders, he said.

“Without getting out on YouTube and social media, we’re only going to be marketing to our local area,” Bartz said. “I do like educating the consumer, and that also builds trust. Even though customers are out of state, they’re working with us because we’ve got the information and we’re not keeping it to ourselves.”

Through Reddit, Bartz landed an order in Hawaii where he saved the customer an estimated $1,000. And that was the dealership’s second order from Hawaii. Florida customers are also calling because of widespread markups in that state, Bartz said.

Money is an issue for buyers. But moving toward the top of Ford’s production list — and staying there as conditions change from week to week — is often the primary reason shoppers flock to Bartz’s social media posts.

As Ford fills the production schedule for Mavericks at its factory in Mexico, some configurations will be delivered this year while others will stretch into 2022. Knowing which ones Ford will build first is a moving target.

Ford wants to make as many Mavericks as it can, as quickly as it can, with the parts it has on hand. If customers want their pickups to be high on the list, they can benefit from an auto influencer such as Bartz. From week to week, the orders Ford will prioritize can change based on the parts available at the factory.

Ford has indicated that Mavericks ordered with factory bed covers would not be among the early builds because of supply issues. Some bedliners were also problematic. Prior to that, Ford told dealers they were removing entirely orders with a certain towing package. Customers with timely information can change their builds so they don’t fall down the production list.

The same is true for Broncos.

Generally, simpler builds will get made first, although newly discovered problems with hardtop-roof models mean those orders will get pushed back.

Bartz, who has a personal order for a soft-top Bronco, said customers with hardtop orders can switch to the soft top if they want a faster build.

Bartz posts regularly on Reddit, Facebook and YouTube, including frequent livestreaming where he provides new information to customers, whether they have orders with Long McArthur or not, and takes questions from across the country.

“I’m not doing it just to get sales,” Bartz said. “I take probably five phone calls a day from people who have already ordered with another dealer who is not calling them back. I’ve had some who have said they’d rather switch their order to me.”

One of the chat comments from a follower on a recent Bartz YouTube livestream was this: “Can’t wait to order my Maverick with you guys. I’ve had it with the dealers here in central California.”

Bartz said some dealers had underestimated customer interest in the Maverick and were more focused on other hot Ford products, such as the considerably more expensive Bronco. Navigating the ordering process for the Maverick — in addition to the other new products — requires some extra work, he said.

“One reason I wanted to get some videos out there was because a lot of people were confused about the process,” he said. “A lot of customers were putting in a reservation and weren’t hearing anything from their dealers.”

Because of the inventory complications stemming from the semiconductor shortage, transparency is a key issue now, he said. He is upfront that free shipping comes only when the vehicle is financed with Long McArthur, explaining that the dealership can use some of the money it gets from arranging the financing to cover the shipping costs. The dealership also has relationships with Ford dealers in other states that will receive a vehicle from the factory and deliver it to a Long McArthur buyer.

In late August, Bartz told his YouTube followers that Ford is looking to keep inventory at around the 45-day level going forward to reduce costs and increase efficiency. That will mean more custom builds in the future and less stock builds.

Having customers make reservations also serves as a way for the manufacturer to measure consumer interest — a key concern as Ford launches a host of new electric vehicles.

“Ford’s intention with the Mach-E was to kind of mimic what Tesla was doing, in terms of reserving them and building them per order,” Bartz said. “That worked so well for Ford that they went ahead and did that when they launched the Bronco as well.” Ford makes both the compact Bronco Sport and the big Bronco SUV.

Direct ordering by shoppers means new challenges for dealerships, but also potentially big rewards for retailers that do their research, present the products on social media channels and build customer trust through transparency and expertise.

“It’s the dealers’ job through their Internet department to contact the customer and answer any last questions, and then build the vehicle with them and order the vehicle,” said Bartz. “And there’s a lot of dealers who weren’t doing that.”

Tesla Q4 net income surges 59%, but slower growth expected in 2023
Toyota CEO and President Akio Toyoda to step down
Tesla sales in California show it is still the preferred choice in an EV hotspot
Florida Crash With Tesla Was So Violent, An Engine Wound Up 50 Yards From The Wreck
Ferrari’s electric supercars will rev up with sound of engines, patent shows