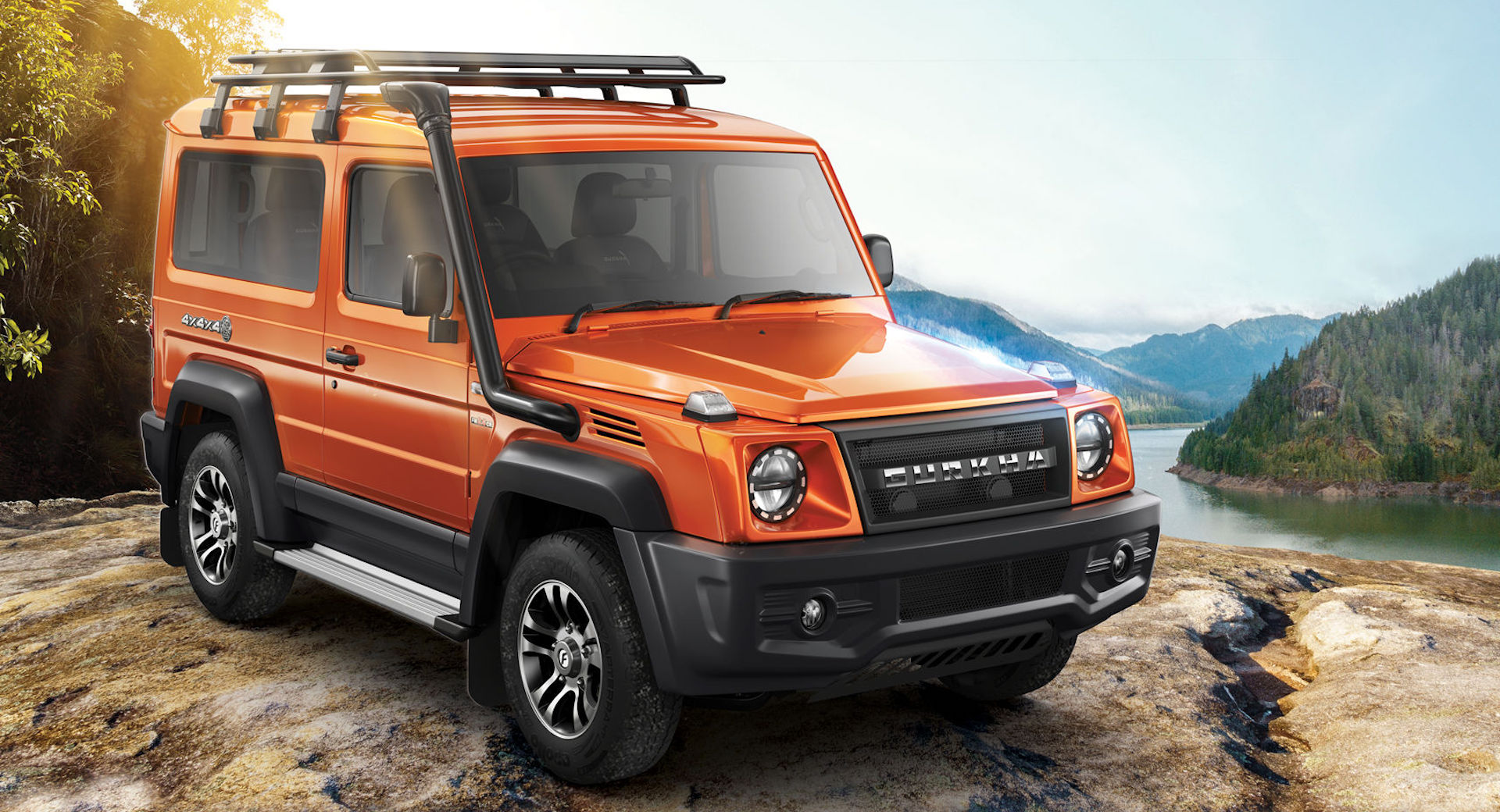 When cars like the VW Golf and BMW 3-Series are sold in pretty much the same form across the world, it is sometimes easy to forget that different countries often need very different vehicles.

Take India, for example, and the locally built Force Gurkha. The no-nonsense SUV has been around since 2008, offering the kind of serious off-road ability rural drivers need for a price they can afford. But to meet that price, refinement and luxury has had to take a back seat, until now.

Or at least that’s the theory. The latest Force Ghurkha certainly seems much improved over the outgoing car. It still rides on a ladder chassis and promises true go-anywhere ability. You get front and rear diff locks (operated by old fashioned levers; no fancy buttons here), and a snorkel as standard, giving a 27.6-inch (700 mm) wading depth.

And it still looks like a shameless rip-off off of a Mercedes G-Wagen. But there’s now modern flush glazing, including a one-piece rear side window, LED lights and a better quality interior.

Read: The U.S. Gov Just Ordered The Most Expensive Chevy Suburbans Ever From GM At $3.6 Million A Piece

Well, make that only slightly better. Coming from a western perspective, the interior looks like something out of a 1970s Wartburg, with acres of hard, shiny plastic dominating the cabin.

And according to Autocar India’s review, that’s not the only place the refinement is lacking. The reviewer explains that the weedy 90 hp (91 PS) 2.6-liter Mercedes diesel engine is slow and noisy, and the five-speed manual gearbox as vague as a Bronze Age atlas.

The slow, sloppy steering also gets a slating in this review, and the reviwer warns potential drivers to follow the off-road mantra of not hooking your thumbs over the spokes even on the road to avoid the potentially painful effects of steering kickback.

But while the Gurkha, which takes its name from South Asia’s famous soldiers, still looks hopelessly agricultural by western road car standards, Autocar says it’s still miles better than the car it replaced on the street, and as good as ever in the rough.

And when cars like the Mercedes G-Wagen and Land Rover Defender have moved away from their simple off-road roots, and even the Ineos Grenadier that wants to fill the space they vacated will cost you over $50k, it’s not hard to see the appeal of something as simple, honest and affordable as the 13 Lakh ($17,700) Gurkha.