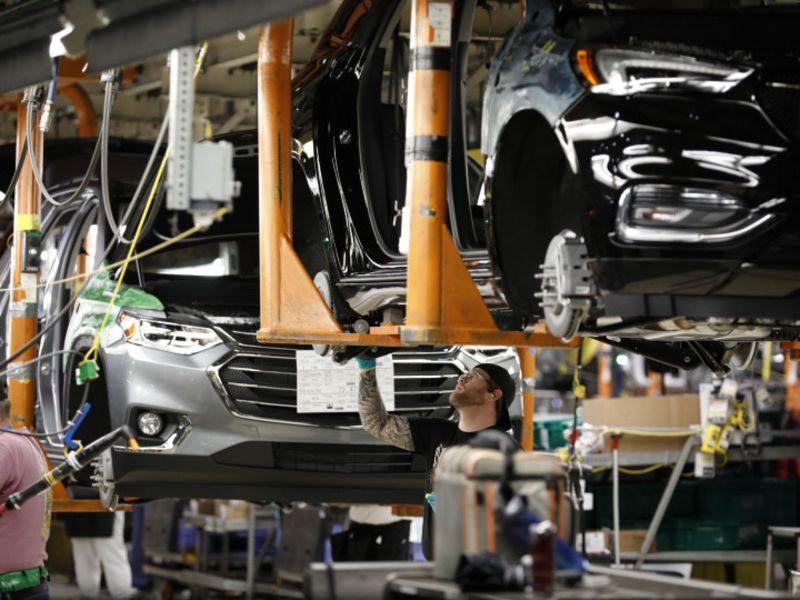 IHS Markit, whose production projections are cited by automakers, suppliers and research analysts the world over just took its biggest chop yet to estimates that have been falling all year due to the global chip shortage.

IHS Markit slashed its production forecast for this year by 6.2 percent — or 5.02 million vehicles — and lowered its projection for next year by 9.3 percent, or 8.45 million cars and trucks.

“This is the largest single adjustment to the outlook in what has been a turbulent past nine months,” the research company said Thursday.

The revisions reflect the challenge the auto industry has had coming to grips with one supply-chain disaster after another. First, the industry cut chip orders too deeply during last year’s initial pandemic lockdowns, ceding its spot in line to sectors that saw demand surge when consumers were forced into quarantine. Then came winter storms in Texas, a factory fire in Japan and COVID-19 outbreaks in Southeast Asia.

The latest disruption originated in Malaysia, a hot spot for semiconductor packaging and testing. The government there has implemented rolling lockdown measures that may prevent the industry from returning to full capacity until late October, IHS said.

“The ’22 cut was the big surprise,” Credit Suisse’s Dan Levy wrote. “As far as we can tell it was IHS’s largest-ever cut for an annual forecast.”

Chris McNally of Evercore ISI called the cuts “huge” and said they suggest that consensus for suppliers’ earnings per share should drop by 15 percent to 20 percent. “The complete and utter lack of current visibility means the group will likely now need Oct/Nov to find a bottom,” McNally wrote.