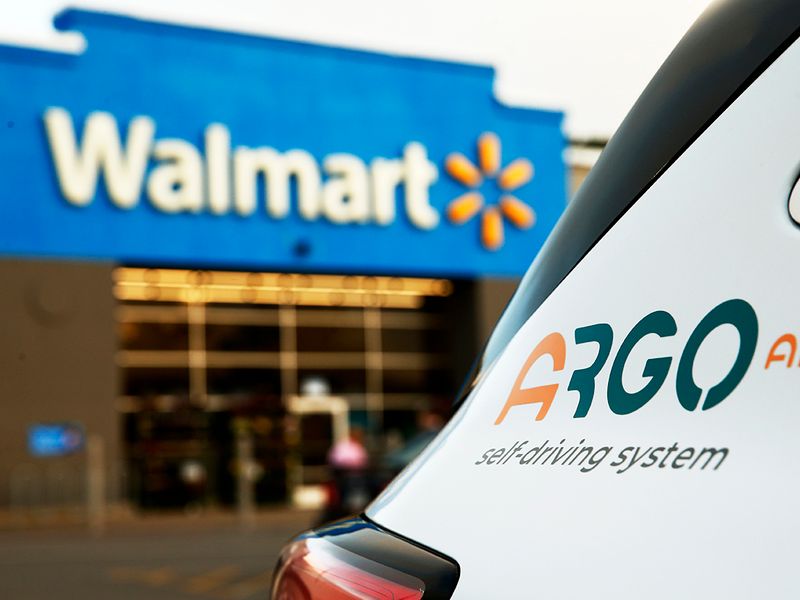 The service, which will begin later this year in Miami, Washington and Austin, Texas, will use Ford Escape hybrid test vehicles equipped with Argo technology to deliver Walmart orders to customers. The announcement comes nearly three years after the companies launched a pilot program in Miami exploring use cases for self-driving vehicles.

A spokesman said the service will initially launch at one store in each city, where customers will be able to receive deliveries if they live within “defined service areas” that will expand over time.

“Our focus on the testing and development of self-driving technology that operates in urban areas where customer demand is high really comes to life with this collaboration,” Argo AI CEO Bryan Salesky said in a statement. “Working together with Walmart and Ford across three markets, we’re showing the potential for autonomous vehicle delivery services at scale.”

Ford in the past has collaborated with companies such as Postmates and Domino’s on autonomous vehicle delivery pilots. In July, Ford and Argo announced plans to start a self-driving ride-hailing service with Lyft Inc. in Miami and Austin by the end of the year.

The automaker is attempting to launch a self-driving vehicle business next year that will focus on commercial services.