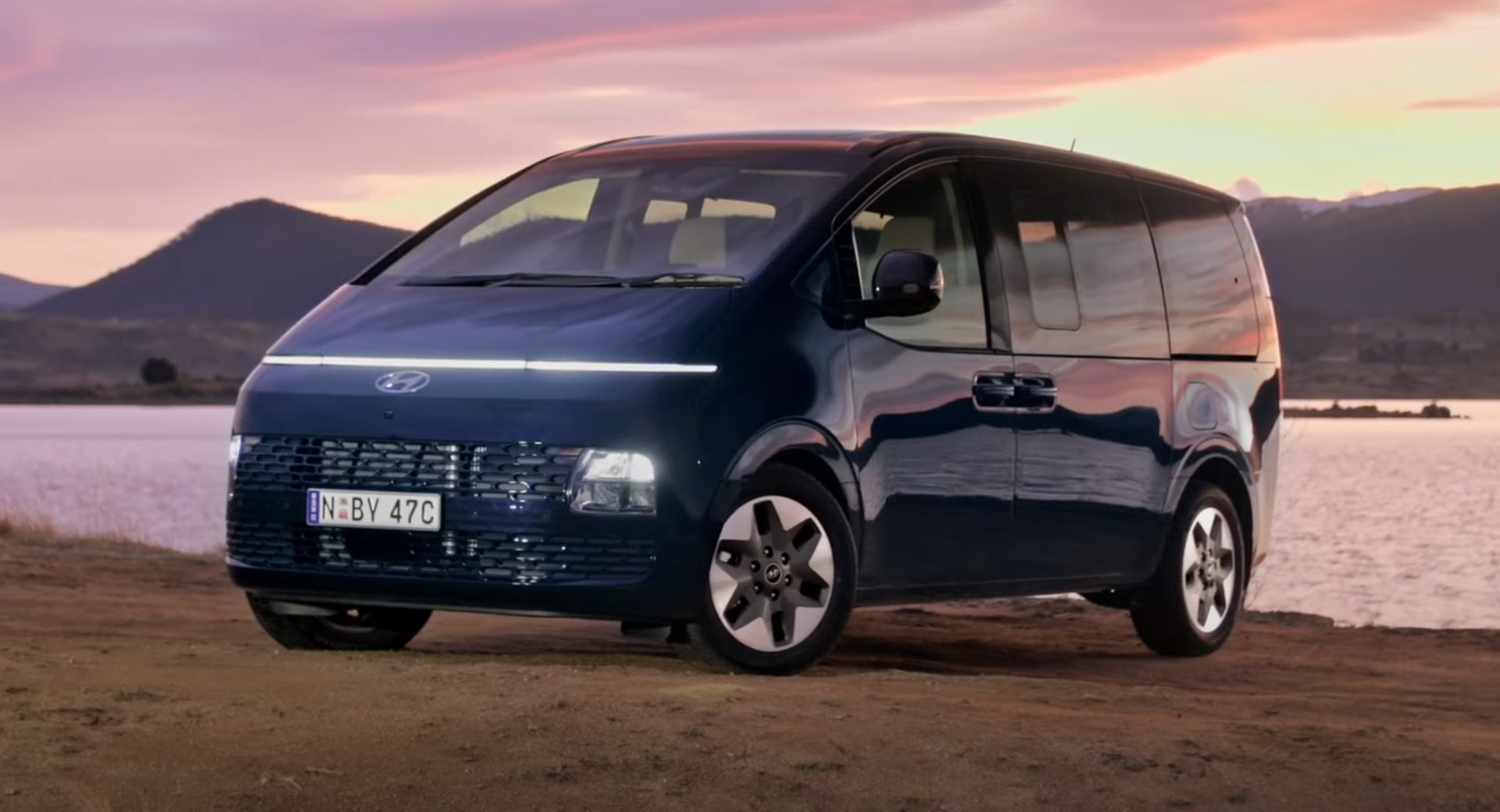 The Hyundai Staria recently hit the Australian market and the first reviews have hit the web.

The Staria acts as the successor to the Hyundai iMax and is characterized by a futuristic exterior design that really makes it look unlike anything else on the road. Sure, it won’t be to everyone’s tastes but no one can accuse the South Korean automaker of playing it safe. So, what is it like to drive?

Read Also: New Hyundai Staria To Go On Sale In Australia This Month From AU$48,500

The reviews you’ll find below tested the Staria on a host of different roads Down Under, including highways and smaller suburban roads. One key conclusion is that it drives more like a car than it does like a minivan, something that couldn’t be said about the iMax. Of course, you’re not going to take the Staria for a high-speed drive along a mountain pass but it handles everyday driving duties very well.

Australian buyers are offered two engine options for the Staria. The first is a 2.2-liter CRDi turbocharged four-cylinder diesel with 174 hp and 317 lb-ft (430 Nm) of torque while the second is a 3.5-liter MPi V6 petrol with 268 hp and 244 lb-ft (331 Nm). Knowing Aussie buyers like we do, the 2.2-liter turbo-diesel will probably prove to be the most popular option. Both engines are paired to the same eight-speed automatic transmission but whereas the petrol model is front-wheel drive, the diesel is all-wheel drive.

Local pricing for the Staria starts at AU$48,500 and tops out at AU$66,500 for the flagship Highlander model with the 2.2-liter turbo-diesel.