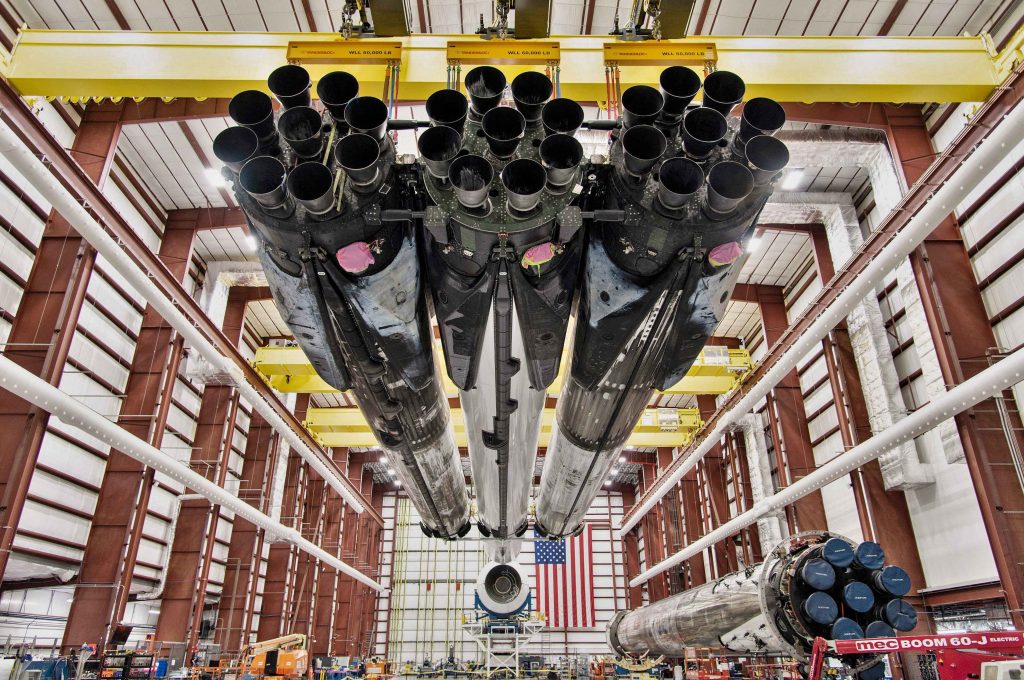 For the third time in seven months, NASA has contracted SpaceX’s Falcon Heavy rocket to launch a high-value scientific spacecraft, raising the number of active contracts for the world’s most powerful rocket into the double digits.

In a twist that has become increasingly unsurprising, a spokesperson from SpaceX competitor United Launch Alliance (ULA) says that the company – the only other competitor for the contract – withdrew its bid because it had no more Atlas V rockets available. ULA announced earlier this year that it had officially stopped selling Atlas V launches, leaving a total of 29 more launches – all already reserved for specific customers – before the rocket is fully retired. Unfortunately for ULA, the Vulcan Centaur rocket it’s been developing to replace Atlas V and Delta IV since 2013 or 2014 is years behind schedule.

Somewhat inexplicably, even though ULA bid Vulcan to launch a high-value NASA payload in Q4 2024 as recently as this year, the company apparently didn’t feel that its next-gen rocket would be ready to launch a different payload in Q2 2024. In response, NASA’s only option to launch the GOES-U geostationary weather satellite was SpaceX’s offering, guaranteeing it the contract when ULA backed out of the competition.

Part of an 18-satellite fleet dating back to the 1970s, GOES-U will be the fourth and (as of now) final satellite in a modern extension of the GOES (Geostationary Operational Environmental Satellite) program contracted by NASA for NOAA in 2008. In 2013, GOES-T and GOES-U were added to the original GOES-R and GOES-S, nominally resulting in four satellites built by Lockheed Martin for an average of ~$350M each.

ULA or ULA-heritage rockets have launched all 18 GOES satellites to date and there was little reason to believe that wouldn’t continue until the end of the GOES-R series. However, as a result of ULA’s major Vulcan development delays, it appears that the company now finds itself temporarily incapable of competing for launch contracts. That makes it hard to judge whether SpaceX would have won GOES-U without ULA’s withdrawal, though it’s difficult to imagine ULA could have beat Falcon Heavy’s $153M contract price.

In one of the most unequivocal signs of SpaceX’s immense impact on even the launch contracts it lost, ULA’s first two GOES-R-series Atlas V launch contracts were each valued at $261M in 2021 dollars when they were awarded in 2013. In 2019, NASA again awarded ULA a contract to launch GOES-T on an identical Atlas V 541 rocket – but this time for just $177M (2021).

It’s unclear what kind of configuration Falcon Heavy will be in for its April 2024 GOES-U launch. For ULA’s GOES-R and GOES-S launches, Atlas V has delivered each ~5200 kg (~11,500 lb) weather satellite to an “optimized geosynchronous transfer orbit [GTO].” A bit like a middle ground between an elliptical GTO launch and a direct-to-geostationary-orbit (GEO) launch, both missions required Atlas V’s Centaur upper stage to perform three separate burn – and one after a three-hour coast. In theory, Falcon Heavy should be able to easily launch GOES-U to a similar orbit while allowing SpaceX to recover all three boosters, though it’s possible that safety margins will mean the center core is expended.

Regardless, Falcon Heavy continues to more than prove that SpaceX made the right choice by investing significantly more than $500M of its own money to develop the rocket. In 2021 alone, the rocket has secured three NASA launch contracts worth around $660M. In 2020, SpaceX won another ~$120M Falcon Heavy launch contract from NASA. All told, the rocket has now earned the company ten active launch contracts, including four or five in 2022 alone: ViaSat-3, USSF-52, NASA’ Psyche, USSF-67, and perhaps an Inmarsat commsat. In 2023, Falcon Heavy could launch Astrobotic’s first Griffin Moon lander with NASA’s VIPER rover, followed by GOES-U, Europa Clipper, and (though delays are very likely) two parts of NASA’s Gateway lunar space station.

Including USSF-44 (scheduled to launch next month) and assuming Inmarsat’s I-6 F2 commsat ends up on Falcon Heavy, the rocket now has ten launch contracts after winning GOES-U. Additionally, while the program appears to be in limbo, NASA did technically announce plans for SpaceX to launch at least two Dragon XL spacecraft on Falcon Heavy to resupply the lunar Gateway station – a total of 12 missions if those plans turn into tangible contracts.